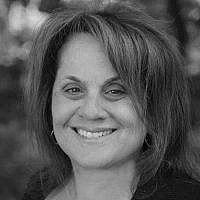 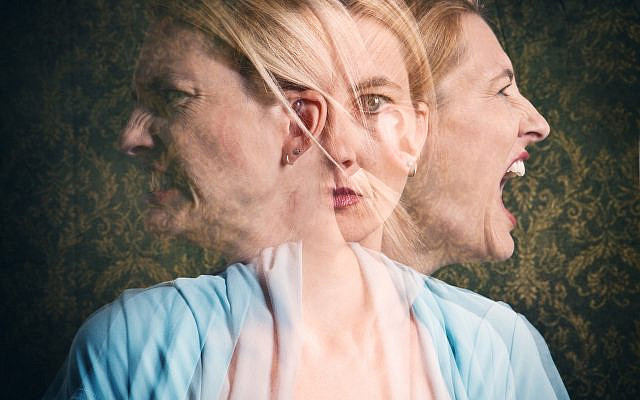 Last week we ushered in Av, the saddest month on the Jewish calendar. Like each new month, on Rosh Chodesh we ask for a life of honor.

“A peaceful life with goodness and blessing.”

“A life of reverence and piety.”

“A life free from shame and reproach.”

“A life of abundance and honor.”

“A reverent life guided by the love of Torah.”

“A life in which our worthy aspirations will be fulfilled.”

This coming Saturday is Tisha B’Av, the ninth day of Av commemorating the destruction of the Temples in Jerusalem. Our tradition teaches that underlying these tragedies was sinat chinam or baseless hatred, a threat to a society that comes from intense internal divisions. Baseless hatred never really leaves the human condition and Tisha B’Av, like all Jewish holidays, offers a chance to reflect on our real world challenges.

Hatred is indeed very much with us. Here in America, the ferocity of our divisions has led to feelings of hatred, which have become a threat to our national security. The issues are deep and serious and intensely emotional. Each of us has our own version of what is unforgivable, a bridge too far, outrageous and appalling. For my part, I consider Donald Trump’s election and continued support for him beyond explanation or understanding.

The dilemma of course is that rarely do I feel an intense emotion like hate and say to myself, “Gee, this hatred is baseless.”  Instead, I feel self-righteous and justified.

The problem of course is that I believe I’m right. In fact, I know I’m right. I also do not believe there is a valid opposing view. No debate to be had about it.

My point of view may be correct. But as soon as I stop seeing the humanity in other people and start seeing those with opposing views as “other,” things become worse. Division comes to define problems and factions are formed. According to a recently published survey by the University of California, Davis, half of Americans believe we are headed for a civil war.

We are faced with a predicament. We feel what we feel and believe what we believe and to do nothing is to risk becoming complacent, indifferent, or complicit. In Tisha B’Av we have an opportunity to step back and consider the enormity of the forces we are collectively reacting to and bring a higher level of communication to address our differences.

First is to understand how many disorienting events have occurred recently, including intense political polarization, a once in a century pandemic, climate change and unparalleled gun violence. We have a series of problems desperately in need of resolution, but we are too fractured to agree how to solve them.

Making everything worse is that humanity now has a megaphone in the form of Facebook, Twitter and other platforms that allow us to say whatever we want, to whomever we want, whenever we want. Expressing feelings while angry is like driving drunk and then being shocked when we crash.

I scroll through my Facebook page, receiving posts that are designed for me, from birthday announcements, wedding photographs, Shabbat and holiday greetings, the best British mysteries, and Freddie Mercury and Tina Turner clips. Then someone I know and like posts something snarky, political, and more significantly, holds a view I dislike.

The predictable reaction ensues. I leave my Facebook page and spend some time engaging in an internal dialogue about the person who moments ago was a friend, relative or perhaps someone from my past. I process feeling attacked, being judgmental, appalled and having the thought:

“I just cannot be associated with someone who thinks that.”

“But I’m going to see Nancy next week. Should I say something?”

“ I really like Nancy. She has been a good – fill in the blank – neighbor, friend, relative. She came through for me. I really care about Nancy, “How can she think like that?”

These hot emotions are amplified every time we look at our phones. We are often not effectively responding to circumstances, but to social media itself.

We are encouraged to participate in expressions of baseless hatred because it fuels more likes, more clicks, more advertising revenue. But the core problem is that we have lost our ability to talk to one another. We have extraordinary technology to communicate, but we lack the skill to use it for good.

The January 6th hearings have been an antidote to these problems, as well as a lesson in effective communication. Many of those testifying are people I would be inclined to dislike, whose views I don’t share. Not in a million years would have I have thought that Liz Cheney would be someone I would come to deeply admire. That is because all I saw in Liz Cheney was a last name, her party affiliation, and her political views. I thought I knew her, but I didn’t. I knew a cartoon version of Liz Cheney.

The month of Av is a time to reflect on the consequences and sources of baseless hatred. We can fight as hard as we need to for all we hold precious and good. The challenge is to do so without the hatred. Complicated. Challenging. But not impossible.

The month of Av should be a month that honors life, a month free of baseless hatred.

About the Author
Audrey Levitin is a Senior Consultant at CauseWired, a firm working with human rights and civil liberties organizations. For 15 years she was the Director of Development at the Innocence Project. She served as Co-Chair of US/Israel Women to Women, now a project of the National Council of Jewish Women. She is an essayist and her work has been seen in the Star Ledger, The Forward, MetroWest Jewish Week, and Cape Cod Life. She and her husband, photographer Nick Levitin live in West Orange, New Jersey.
Related Topics
Related Posts