He ignores the Jews.

establishment in Palestine of a national home for the Jewish people

The League of Nations’

Whereas recognition has thereby been given to the historical connection of the Jewish people with Palestine and to the grounds for reconstituting their national home in that country…The Administration of Palestine, while ensuring that the rights and position of other sections of the population are not prejudiced, shall facilitate Jewish immigration under suitable conditions and shall encourage, in co-operation with the Jewish agency referred to in Article 4, close settlement by Jews on the land, including State lands and waste lands not required for public purposes.

And so on and so forth.Oddly enough, there is an obverse side to this denial, which is the propagation of an alternative Muslim narrative to justify the Arab conquest, domination and occupation of the Jewish national homeland.  A part of this new propagation of the alternative faith is the centrality of Jerusalem to Islam.

Here are the screen snaps of my Twitter dialogue with him as I doubt that if I just wrote it up you’d believe me: 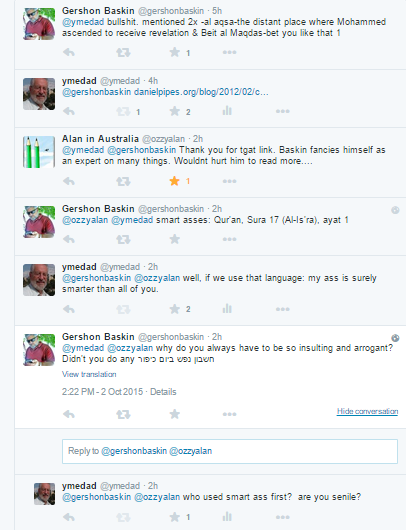 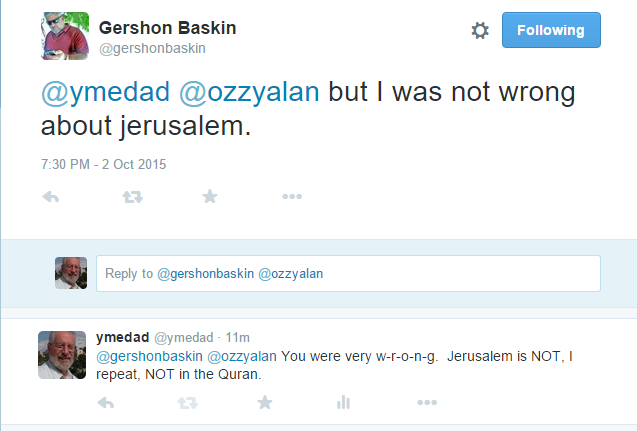 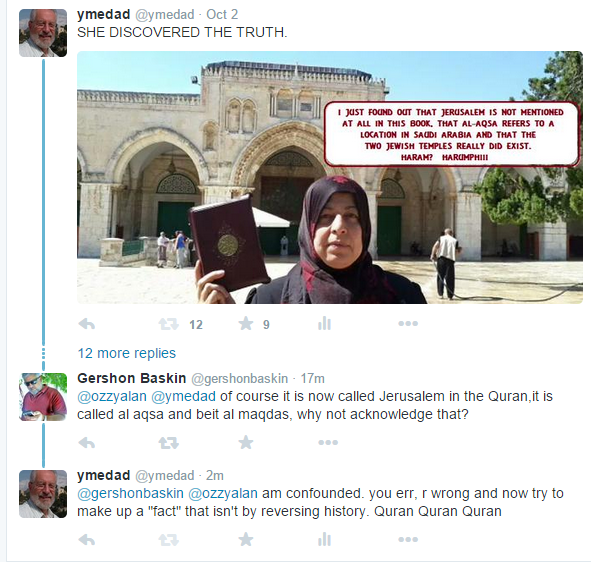 I had sent him this as an independent authoritative source, too 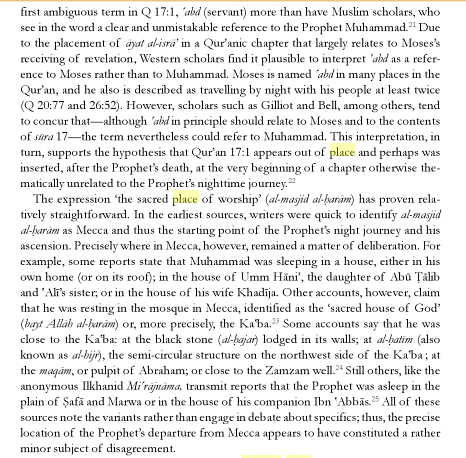 Why do Jews promote the Arab false rewriting?  Is it Gershon’s leftism? His sincere belief in a possible peace?  Is it a faulty cognitive brain application?

There are undoubtedly many more like him, so, unfortunately, quite well aware of the falsehood and mendacity they promote to undercut and subvert Zionism.

Will Baskin, at least, now presented with the facts retreat and come back into the fold?