The Blogs
Michael Berkowitz
Apply for a Blog
Please note that the posts on The Blogs are contributed by third parties. The opinions, facts and any media content in them are presented solely by the authors, and neither The Times of Israel nor its partners assume any responsibility for them. Please contact us in case of abuse. In case of abuse,
Report this post. 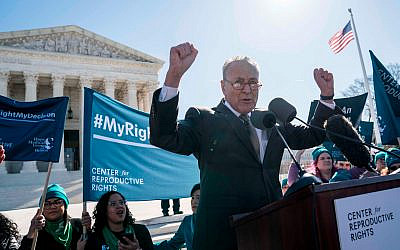 In a feature on Orit Farkash-HaCohen in Makor Rishon (14-6-2020), Ms. Farkash-HaCohen, who interned with Justice Dalia Dorner, describes the members of the Supreme Court as the crème-de-la-crème, and wonders why it is that the national-religious community from which she emerged shows a disproportionate interest in limiting the Court’s power.

There’s no need to nitpick the use of disproportionate here – what it’s in proportion to and the basis for her characterization – as I’m anyway not in a position to speak for my community.

I’d like to ask, though, what the connection is between the quality of the justices and her opposition to attempts to limit the reach of the Court.  The organization of a state into separate Legislative, Executive and Judicial bodies, with differing areas of authority and rules for their interaction, is not typically based on the assumption of their excellence – quite the contrary.  The powers are distributed because we can’t fully trust any one of them for all time.  For those of us who see how our Supreme Court has cast aside restraints that had governed it in the state’s first decades, the problem is systemic, not political and not personal.  I have tremendous respect for Noam Solberg and cannot imagine a better man to have as a Supreme Court Justice, but even were the Court filled with Solbergs I would object to its hearing cases brought by entities without standing and its intrusion into Legislative and Executive prerogatives.  I don’t know where to even start on the idea that it can nullify a Basic Law.

Yet praise for the Court is a commonplace among people who see any attempt to return the balance of power to some kind of normalcy as the act of bomb-throwing radicals, and as I say, that’s a non-sequitur.

It’s worth pointing out, too, that though Ms. Farkash-HaCohen and others graciously grant that there is always room for improving the system, there never seems to be a suggested improvement that they like – at least none that involves any encroachment on the Court’s essentially absolute power.

The view is not only a disservice to the electorate, it’s short-sighted:  Sooner-or-late – and it looks like it’ll take a good long time, but eventually – there’s likely to be a Court composed of people who don’t see eye-to-eye with those currently guarding it so jealously, and then where will they be?  My guess is they’ll be where Democratic Senator Chuck Schumer is today:  On the courthouse steps, threatening justices with retribution if they vote the wrong way.

About the Author
Michael and family moved from NYC to Alon Shvut in 1986. He works in Software; blogs sporadically on education, public policy and whatever else comes to mind; chairs the boards of two educational institutions and practices philosophy in the ancient tradition of corrupting the minds of youth.
Related Topics
Related Posts
Comments