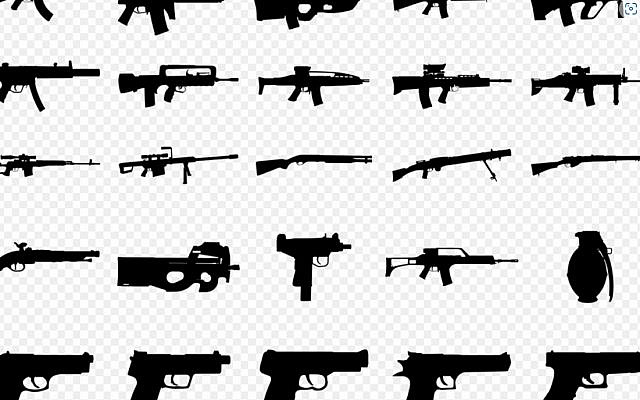 Yet another horrific school shooting.

Every time this occurs not only are the immediate families devastated and destroyed. Communities both locally and throughout America face the reality that in truth, we live in a culture of violence and fear. And finally, every family in this country who has had to grieve a victim of gun violence is retraumatized all over again. However, most upsetting, is the sinking realization that we are upset but no longer shocked. Feeling helpless, we send ‘thoughts and prayers.’ For me, thoughts, and prayers without any actions are empty platitudes, devoid of meaning. While we certainly cannot prevent every murder, as we cannot legislate the human heart, we can take definitive actions that will undoubtedly save lives, and yet we do not. Demanding action is not ‘politicizing a tragedy,’ but an expression of well-placed righteous anger.

Many people during times like this will ask their rabbi or clergy, “Why does this happen?” Of course, on an intellectual level, the answer to this question is simply that God gives us free will, but in truth this is not the real question they are asking. The real question people ask is, “Why does God not protect the innocent, and the children? In what way do these children deserve to suffer?”

The response to this question born in suffering- if there can ever be an ‘answer’- is sobering, but one perhaps we must consider. Many contemporary Jews, who look at life through the lens of individual rights and responsibilities, have deep problems grasping the notions of reward and punishment in the Torah, which are almost always framed as a collective phenomenon. (Many also do not like the notion of ‘guilt,’ in a culture which says we are ‘good as we are;’ clearly, we are not.) In essence, perhaps we need to ask another question: are they being ‘punished’ because of something they did, or are they being ‘punished’ because of something we did or failed to do?

This week’s parasha is in essence an exceedingly long litany of blessings and curses that will occur to all of Israel, dependent upon whether they do or do not observe the mitzvot. The individual is decidedly not spared from the sins of the many. It is this theme I would like to explore, and how this concept challenges us to consider what it means to be living in networks of relationship with one another. (For the modern ear, these texts may seem to be very problematic, but I precisely find those texts which disturb us are the ones which will deepen and nuance our understanding of life. It is much easier to find texts that confirm our own previous assumptions of the world.)

Our parasha goes into explicit details of what will happen if the people fail to keep the precepts of the Torah. Ultimately, if the people fail to fulfill God’s ways, they will end up exiled from the land of Israel, and the way this will happen is not comforting to say the least. The descriptions are graphic and quite terrifying. Perhaps the most disturbing image is that instead of the promise that God will bless you with offspring and fecundity (Lev. 26:9-10), parents will need to consume the dead flesh of their children in hunger (v. 26:29). The situation in Israel will become so dire that they will lose their fortitude, their capacity to fight. Even the sound of a ‘driven leaf,’ e.g., a non-event, will instill terror in their hearts. In this context, the Torah says something very confusing:
With no one pursuing, they shall stumble over one another as before the sword. You shall not be able to stand your ground before your enemies, but shall perish among the nations; and the land of your enemies shall consume you (Lev. 26:27-28)
The question is quite clear to the rabbis of the midrash. We understand if the people are already weary, they will have no resolve to fight against their external enemies. But what of the first verse, that they ‘will stumble over one another by the sword’ even though there is ‘no one pursuing’? If no enemy is pursuing in the first verse, why are they stumbling before one another before the sword? Whose sword?! One answer the rabbis in the midrash provide should give us pause.

Many Jews like to quote the phrase, ‘kol Yisrael areivim zel lazeh,’ all Jews are responsible for one another. The source of this oft-quoted phrase is this midrash above, but the meaning of the phrase in context is not what many think when they say it; the rabbis mean to say not that we are responsible for one another, but rather we are a liability to one another! To sin is not just a personal violation, but a violation of the entire community. In essence, people suffer for your sin. The image here is that my sin is akin to me taking a sword and hurting you.

The medieval commentator Rabbi Menachem Meiri puts it this way.
The judges, scholars and leaders of the Jewish people need to consistently introspect the actions of the people of their town. They cannot engage in apologetics, claiming that they did what they could to respond to events that come before them. No. They must go deep and examine the hidden [sins and injustices] as best they can. And if they are not persistent in doing so, the entire town will be punished, for all Jews are liable for one another…

In modern parlance, Rabbi Meiri is stating that the many are indeed punished for the sins of the few, as well as the sins of those who fail to curtail those sins when they can.
While one might look at punishment as an external Divine action, I would challenge us to redefine its meaning. When a heavy smoker tragically receives the diagnosis of cancer, is God necessarily ‘punishing them,’ or did God create a human body that cannot tolerate carcinogens. To the extent that God willed a body into being that cannot tolerate a carcinogen, God is punishing them. The ‘punishment’ is the natural result of the abuse to the body.

On a collective level, a society is like an organism, a body politic if you will, and violence and moral corruption creates all kinds of dysfunctions of that body politic. Our societal corruption is like carcinogens in the human body. God’s ‘punishment’ is in fact the natural product of our own self-destructive behaviors.

Do we share in the fate of those around us? More often than we would like to admit, yes. A child in India who dies from respiratory disease after prolonged exposure to hazardous air quality does not deserve to die. However, does the society and everyone in it share in the guilt in creating a world which turns the other way and allows children to suffer from respiratory disease as the price for industrial advancement? Yes.

We should consider the price of ‘exercising the freedoms’ that work for me, for I do not exist as an isolated individual to realize my own freedoms. Even if I have a right- a second Amendment right!- perhaps I should curtail that right for the other. If something happens to a schoolhouse of children, perhaps the ill-conceived choices we have made as individuals and as a society has created a glorified gun culture in which guns are readily available. Shootings are more likely, and therefore we all are guilty in one way or another. We cannot hide our head in the sand like Rabbi Meiri says and say ‘we didn’t know’. We do indeed know, and if we do not, we are responsible for that as well.

This week’s parashah demand that we must reframe what it means to be a human being and a citizen of the world, recognizing that we share in the fate of the collective decisions and values expressed in our local communities, countries, and world at large. We do not exist as individuals on isolated islands. This is an important truth, because survey after survey shows the decline of empathy among us, the very emotion that bonds us together as people. Indeed, united we will stand, or divided we will fall.

The great sage Hillel taught, “If I am not for myself, who am I? But if only for myself, what am I?” (Ethics of the Fathers 1:14). Hillel tells us that we exist as social beings in a time and a place united by webs of relationships. What happens to me is directly the result of your actions, and my actions will impact you as well. All too often, innocent people die because they live in a society that is guilty of advancing self-interest and profits at the expense of the common good. In our radically individualistic society based upon inalienable freedoms, it behooves us to really consider not merely our individual rights, but our responsibilities to one another.