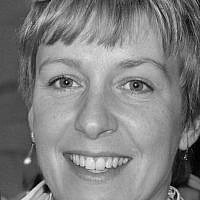 The Blogs
Maja Nilsson
Apply for a Blog
Please note that the posts on The Blogs are contributed by third parties. The opinions, facts and any media content in them are presented solely by the authors, and neither The Times of Israel nor its partners assume any responsibility for them. Please contact us in case of abuse. In case of abuse,
Report this post.

The withdrawal of the United States from the Joint Comprehensive Plan of Action (JCPOA) continues to cast a long shadow over EU-Iran relations.

In May 2018, after castigating the Iran deal as “a horrible one-sided deal that should have never, ever been made,” President Trump formally withdrew the U.S. from the JCPOA and pivoted towards a maximum pressure Iran foreign policy. Somewhat unsurprisingly, the ensuing sanction strategy placed immense strain on the working relationship between Tehran and the EU, throwing into jeopardy the nonproliferation verification measures put in place by the JCPOA.

Three years later, and the EU is still grappling with the legacy of the JCPOA. As of the time of writing, EU officials are embroiled in negotiations with Iranian diplomats in Vienna. While negotiators have reportedly made some progress towards the return of the U.S. into a new and improved iteration of the JCPOA, there are concerns that the EU is taking an overly passive stance towards Iranian demands.

While the EU is still an official party to the JCPOA, compliance checks and enforcement have been limited ever since the U.S. withdrawal from the deal. As a result, Iran has pushed forward with frequent and increasingly brazen violations of the existing agreement, including most notably the enrichment of uranium reserves from 20% to 60% purity at the Natanz nuclear facility in Isfahan Province. To put this in perspective, under the original terms of the JCPOA, Iran had agreed to a 3.67% uranium enrichment cap. To be classified as weapons-grade, uranium needs to be enriched to a level of 90% or more.

Iran’s capacity to enrich uranium beyond 20% has already precipitated considerable unrest across the Middle East. Most notably, there is evidence that a foreign explosive or cyber-attack damaged Iran’s Natanz nuclear facility and potentially destroyed thousands of advanced, on-site centrifuges, machines capable of refining nuclear material. At the same time, reports from local media outlets have noted that the Hyperion Ray, an Israeli-owned intelligence vessel was damaged by a retaliatory missile strike off the coast of the UAE.

After many conflicting reports, Alireza Zakani, head of the Iranian parliament’s Research Centre, seemingly confirmed that a strike had indeed taken place at Natanz.

“Is it normal that today they reach a pit of our electricity system and take actions so that several thousand centrifuges are damaged and destroyed in one instant?” said Zakani. “Should not we be sensitive over the incident that happened [on Sunday], eliminating the main part of our enrichment capacities?”

It’s clear from the tumultuous events around Natanz that the EU’s soft-gloved approach to Iran is having a destabilizing effect on the geo-strategic landscape in the Middle East. In Vienna, Iran’s lead negotiator, Abbas Araghchi, is campaigning for the repeal of all reimposed U.S. sanctions as well as the 1,500 new sanctions established during the Trump presidency. While U.S. and EU negotiators are reluctant to give up the entirety of their sanction-based leverage, the EU contingent is reportedly receptive to the idea of releasing several billion dollars in seized frozen assets.

Giving Iran access to even a fraction of these assets would be a mistake.

In recent years, Tehran has escalated its campaign of terror and destabilization across the Middle East. In the last year, Iranian funds have been traced to training camps and arms shipments for Hezbollah in Lebanon, Hamas in Palestine, the Houthis in Yemen, and Kataib Hezbollah in Iraq. In 2019, the Iran Cables, a 700-page package of leaked documents exposed a vast network of intelligence installations and infiltrated Iranian operatives operating across Iraq.

These well-financed proxy terror organizations have been a persistent barrier to political stability, transnational security, and regional development throughout the Middle East. However, in recent months, the regional influence of Tehran-backed militant groups has diminished significantly. The declining cachet of these organizations can be at least partly attributed to the unprecedented levels of multilateral cooperation and intelligence sharing between countries like Israel, the UAE, Bahrain, Sudan, and Morocco.

If the EU wishes to preserve these gains in regional stability, negotiators must consider the downstream effects of unlocking Tehran’s frozen assets. To date, the value of Iranian frozen assets is calculated to be between $100 billion and $120 billion. If even 10% of these funds were diverted to Tehran’s proxy terror organizations, it could mean decades of renewed militant activity in the Middle East, from more frequent terror bombings to more sophisticated state-sponsored assassinations.

For now, the EU should continue negotiations and pursue a constructive framework for nuclear non-proliferation. However, a balance must be struck between reasonable compromise and a hardline commitment to end Iran’s campaign of terror in the Middle East. With Iran set to continue to pursue weapons-grade uranium enrichment and terror-by-proxy financing, the EU must make it clear that sanction alleviation and asset unfreezing are off the table for the foreseeable future.

About the Author
Maja is a Stockholm-based MENA consultant and adviser to clients in the private sector on regional political and economic risk.
Related Topics
Related Posts
Comments