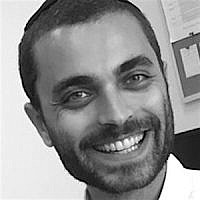 The Blogs
Dan Journo
Apply for a Blog
Advertisement
Please note that the posts on The Blogs are contributed by third parties. The opinions, facts and any media content in them are presented solely by the authors, and neither The Times of Israel nor its partners assume any responsibility for them. Please contact us in case of abuse. In case of abuse,
Report this post.

The Israeli society is so complex. It is based on an old culture that came back to life a few decades ago, and had to adapt to a whole new world. The composition of this society is quite unique, most of us are immigrants with a very different education and background. Though, without generalizing, I noticed one common habit among the male population of Tel Aviv. To be honest, I didn’t really notice the extent of the issue before someone, with a different culture, opened my lazy eyes.

Houston, we have a problem.

As a dati person, I studied a couple of texts about how men should be considerate to women and how bad it is to objectify a woman (even his wife, the Gmara Brachot and Eiruvin talk clearly about it). But I know for sure that religious women get much more talks about Tzniut (Jewish modesty rules) and how they shouldn’t put a “stumbling block” in front of the blind.

Even if Tzniut is much more than that, I really admire women who decide to follow those rules. It is a real devotion to impose such constraints on yourself, especially when people (erroneously) tell you to do it for the others.

On the other side of the gender spectrum, men seemed to be dropped on the side of the road of dignity. Unfortunately for my own gender, I have to say that men have a real problem with that at so many levels.

Gentleman, it is not decent to stare at a woman who walks in the street, to follow her with your eyes until your neck cracks from twisting your cervical vertebra too much. Why? Because your body is obviously not made for such a contortion. Also because this makes you look like an animal trying to identify a prey. Not to mention the fact that this behavior can make this woman really uncomfortable, this is such a pitiful attitude. It seems that watching her walking in front of you will be your only source of joy and beauty of your day. Pretty pathetic.

Be a man and curb your instinct.

Maybe your motivation is noble and you are just an indelicate esthete. Or maybe, your search for spirituality pushes you to find a divine sparkle in the beauty of His creatures (יפה: “beautiful”, may be read י פה: “God is here”). Whatever your reason is, the reality is this kind of behavior brings shame on all of us. Our behavior should not be dictated by our gender or we are reduced to be animals, not humans. And this is a fair trade: by denying this woman her legitimacy to be a human being and her right to be considered as such (not as a sandwich), you are loosing your own humanity.

Many people will think this topic is absolutely not a priority, and this is not as bad as it looks. I believe the opposite: mutual respect between men and women is a basis of our society. Gender is a fundamental difference that builds our conception of alterity and forge our notion of tolerance. If there is no respect between men and women, no respect can exist between any other groups. For the rest, I suggest to everyone to try what I did: open your eyes in the streets and see how women are gazed at and scanned. Disregarding if they are dressed in a “provocative” way or not (not saying this is an excuse for anything), you will quickly understand how steady this is for a good-looking woman.

This behavior is not only widespread in the streets of Tel Aviv, but it exists at different levels in many places, among many different communities.

The modern society struggles very hard with the notion of gender. I have noticed two reactions raised by this issue. The first attempt consists in erasing every difference between the two genders. This solution is being opted by most of the Western countries. Even if men and women should be equally respected and given equal opportunities, some factual differences remain. As a result of a denial of the reality, tensions and strong oppositions crack the society on that matter.

The second attempt consists in maintaining misconceptions and clichés about the genders. I have witnessed this in the Middle East, and very often here in Israel. Men have to act manly, women have to be the sexual object (that needs to extremely expose or cover her body, depending on the location). The street harassment is one consequence of it. This situation has been supplied by both genders over the last decades, but since men have been more in power than women, our responsibility is higher. That’s why I call my fellows to restore our honor by behaving like men: Gentlemen, curb your instinct.

And for those who are not on board yet, it is time to reciprocate: if you don’t do it for yourself, do it for the others!

About the Author
Dan Journo is originally a French engineer, who recently made alyah to Tel Aviv. He works in Artificial Intelligence and is passionate about politics. Dan also contributes to the the French edition of the Times of Israel.
Related Topics
Related Posts
Comments