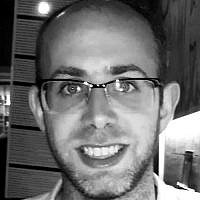 The Blogs
Uriel Hiskin Yuffe
Apply for a Blog
Advertisement
Please note that the posts on The Blogs are contributed by third parties. The opinions, facts and any media content in them are presented solely by the authors, and neither The Times of Israel nor its partners assume any responsibility for them. Please contact us in case of abuse. In case of abuse,
Report this post. 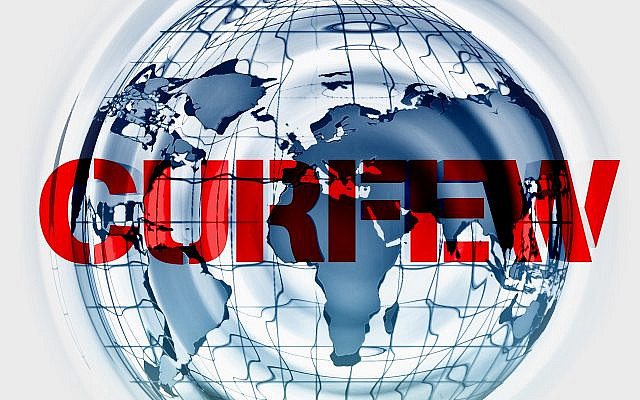 It was March 16th, when I saw on a WhatsApp group that Dr. Nirit Ofir, an academic expert in the Middle East, was creating an operation room for helping Israelis who were stuck abroad during the corona crisis and wanted to return to the country. So, I immediately agreed to join, and together with Dr. Ofir, Hadas, Shira, and Dana, we started to work.

The first mission was to publish about the operation room at specialized groups on Facebook groups, requesting from the Israelis to send their contact information. Then, we started to map the situation, creating excels, and focusing our efforts at the most requested sites. The first one was Peru, and together with Magnus (an experienced company in this kind of operations), we provided the Ministry of Foreign Affairs the information needed to prepare and send the rescue planes.

As the number of requests increased, so did the number of volunteers, and we became a team of over 25 members, who barely know each other (if at all), working together to rescue Israelis from Argentina, Australia, Bolivia, Brazil, Colombia, Italy, India, Philippines and more. This cooperation allowed us to achieve incredible things, for example, an authorization to Israelis in Argentina to go to the airport despite a national curfew. 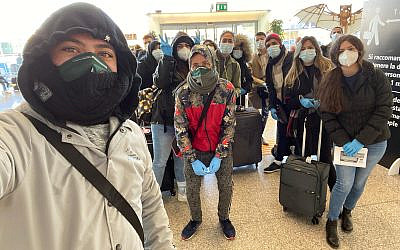 A group of Israelis in Milano, Italy, on their way back to Israel

During the rescue efforts, I was able to talk with Hadas Kelman, a cybersecurity expert, who became one of the leading directors of all this operation. She explained to me that ” we were able to concrete the craziest ideas, and we achieved amazing results.” She also highlighted that “there was a great sense of responsibility and friendship; the team worked unstopped for two weeks.”

These kind of operations are somehow typical, due to the high number of Israelis traveling abroad, to every part of the world, every year. However, as you can imagine, the closing of multiple destinations, due to a global pandemic, was an exceptional event that required hard work and a great team, and Nirit operation room had both.

For me, this was a fantastic experience. Volunteering in this team allowed me to meet amazing persons, and taught me that where ever I would be in the world, if there is an emergency, there would be people that will do everything possible, and sometimes impossible, to bring me home.

About the Author
Originally from Argentina, but lives in Israel since 2002. BA in Government, Diplomacy, and Strategy from IDC Hertzliya. In the past, I was an intern at the Israel Mission to the UN in New York and worked at the Embassy of Mexico in Israel as a Trade, Political, and Innovation Analyst.
Related Topics
Related Posts
Uriel Hiskin Yuffe
Comments