Tel Aviv, the city that never stops, is famous for its beaches that stretch from historic Jaffa to the northern port and more, along the Mediterranean.

It’s also famous for the largest collection of Bauhaus style buildings in the world. It is recognized by UNESCO as a World Heritage Site. Visitors are recommended to take a city Architecture Tour to understand both the styles of buildings and history. Walking through the small streets of Tel Aviv, one will no doubt encounter an eclectic array of breathtaking architectural designs. 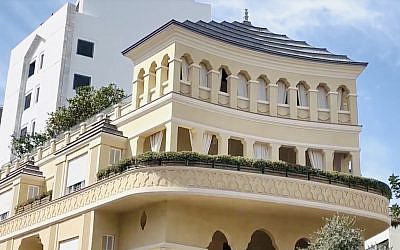 Those buildings have their own unique stories to tell. Neo-Classic Romantic Style, Bauhaus style, and eclectic-style buildings are dominant. Today in Tel Aviv there are around 190 historical buildings marked by the municipality as buildings for strict preservation. The preservation aims to capture the history and essence of the original structure while adjusting to fit contemporary standards. 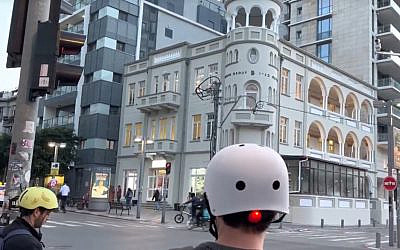 Hotel Montefiore is a breathtaking example. Its building on 36 Montefiore Street, also known as the “Gogol House”, was originally designed in 1924 by the architect Moshe Lovrinzki. The building is attributed to an Eclectic style and served as a residential. The building was listed for preservation under urban conservation planning. Over the years, there was an active sewing room and several other small workshops. Afterwards, the building was left abandoned for many years. In early 2000, the building was preserved and renovated by architect Gad Halperin and was re-renovated again in 2008 where it was altered into the “Hotel Montefiore”, by two founders – Mati and Ruti Broudo. The first boutique hotel in the city.

Mati Broudo is credited as sparking the New York-style locales that have taken Tel Aviv by storm since 1994 with the opening of the city’s beloved “Coffee Bar,” which Mati opened with his then-wife Ruti, after living in New York City for ten years and falling in love with its culinary scene. 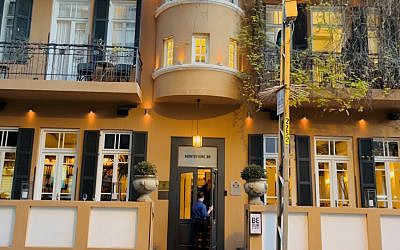 Upon his return Tel Aviv awakened his senses. I recently met him in the hotel’s library, relaxed, dressed in black. “When I came back I was tremendously amazed by the city”,he said with a spark in his eyes.“Out of all the cities that I lived in, New York, London, Paris and Rome – Tel Aviv is the most diverse and interesting walking city that I know. It’s certainly not a beautiful city. It’s a city to explore behind its uglinesses. Its population is also very diverse which makes it also so unique. It’s probably my favorite city in the world”.

“A numerous years ago an agent introduced us to the building and he was convinced we could do something special with it. Initially we did not consider a hotel. .It wasn’t in our plans. It was supposed to be an event space. We sat in the building for a few weeks contemplating how to execute the project. Slowly but surely I came up with the idea to turn it into a small hotel. In my mind there was a small hotel where I lived in 1967 for 6 months. My father was working for the airlines and we were stationed in Rome. This hotel was called the Dona Maria. That hotel was my inspiration, however the downstairs, the bar and the restaurant are not part of what the hotel was. It’s a reinterpretation of it.” 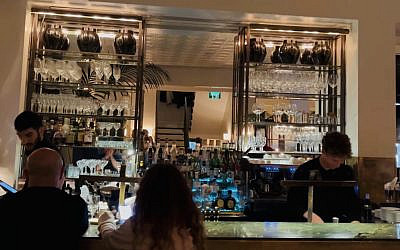 The famous Bar at the hotel Montefiore (photo by Motti Verses)

“Hotel Montefiore is a very unique hotel. It was the hotel I always wanted to go to, says Mati. “It only has 12 rooms and the entire building is only 600 square meters. And yet it’s a world of its own. When you come in from the street and you come in the hotel you are in a different world. It’s not the sunny Tel Aviv, but you do know it’s a colonial building and as such it reflects the colonial times of the British and the French empires”. 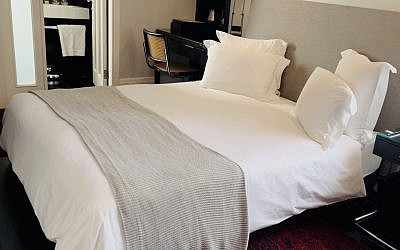 A guest room at the hotel Montefiore (photo by Motti Verses)

“A building like this in Montefiore is a class A registered building. As such, of all the projects I have done in my life, the hotel will probably remain when I am no longer here. It will probably always remain a hotel”, he concludes with a smile. 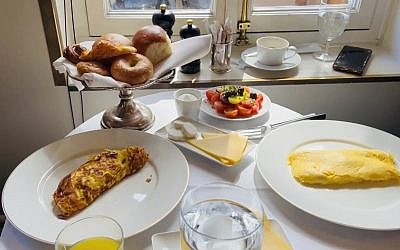 Breakfast at the hotel Montefiore (photo by Motti Verses)

From marking anniversaries, romantic meetings or social gatherings. Over breakfast in French style, a never resting bar to state of the art dinners, Hotel Montefiore is an experience, even if you do not stay for the night. An exceptional taste of Tel Aviv.