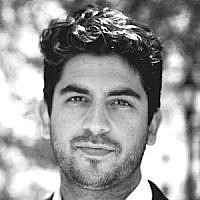 The Blogs
Lior Vaknin
Apply for a Blog
Advertisement
Please note that the posts on The Blogs are contributed by third parties. The opinions, facts and any media content in them are presented solely by the authors, and neither The Times of Israel nor its partners assume any responsibility for them. Please contact us in case of abuse. In case of abuse,
Report this post. 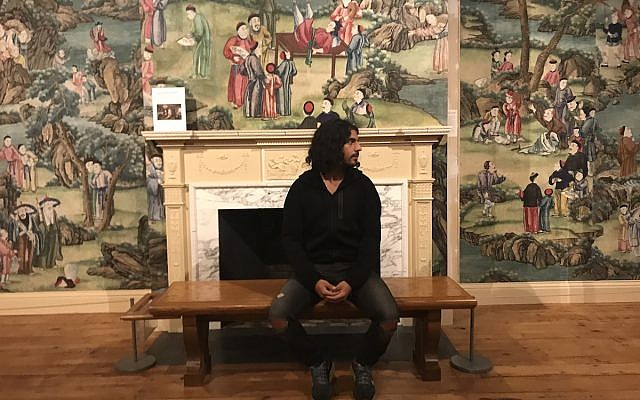 As we conclude this long, Labor Day Weekend, somewhere between fixing the camper and visiting some local Jewish communities in Detroit, a sad realization dawned on me.

No, not in the physical sense (though many would argue living in a 82’ camper, with no AC and a leaky roof, isn’t quite the definition of a home), but rather in a spiritual sense, in the Jewishness sense, I am homeless.

Over these last 15 months of traveling throughout the country, visiting 40 States (out of the 50 I set off to), and exposing myself to more Jewish groups and societies than most would see their entire life, I noticed that no matter where I am, I never quite feel at home.

And it’s not just because the American Jewish world is predominantly Ashkenazi/European, and I myself am a Sephardi/Moroccan/Israeli.

The reason wasn’t ethnic or denominational, it was something deeper. It was the very essence of how the Jewish faith views life.

As a monotheistic religion, the Jewish conception of the universe, is that God, an almighty entity, had created the world in 6 days. This God judges Us (his creation), based off of our actions and commandments, and we must fear the repercussions of every step we take, because at the very end, we’ll have to go through a judging committee that will decide if we’re going to heaven or hell.

I personally don’t believe that.

On the other hand, I also don’t describe myself as an atheist. I reject the claim that we are just the byproduct of an evolutionary process, and that every phenomena can be rationalized and explained merely in a scientific way.

I am what most would consider, a “spiritual person”.

One who relates to the Native-American viewpoint on life, that the role we, human beings, have been given, is to be the caretakers of all the animals and protect Unci Maka (“Mother Earth”).

I find the highest levels of tranquility in the ancient Chinese philosophy of the Tao, and practicing “Wu Wei” (non-forcing) by just accepting everything that happens, without any resistance.

I adopt buddhistic principles and practices that help me become a better, more tolerant individual.

And of course there’s the perception of life as a grandiose act. The Hindus call this Maya and Lila, “The Divine Play” (or in other words – We are all God playing hide and seek).

My outlook might be foreign to many of you, yet it’s not rare at all. Many people around the world, and many of which I met along my journey, share this view on life.

And though I keep adding more and more layers to this amazing experience, elevating my personal story as a “spiritual Jew”, nowadays judaism doesn’t really have a place for me.

It’s true, no matter what I do, I will always stay a Jew, thanks to the matriarchal “blood line” structure. But as far as my concepts, theories and understandings of the world, I should either keep them to myself and out of any synagogue or Jewish place of worship, or alternatively, I can go find myself a different home with a different religion.

But I don’t want to go find myself a new home, this should be my home!

My personal family history, and the history of the Jewish People as a whole, it’s all part of me. From Abraham to Moses, from the Babylonian exile to the Alhambra Decree, this is all part of my ancestral biography.

Yet as long as I don’t find a place in Judaism that shares my views and allows me to express them out loud, I will continue to be a nomadic, wanderer, homeless Jew.