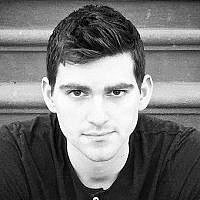 The Blogs
Ben Purkert
Apply for a Blog
Please note that the posts on The Blogs are contributed by third parties. The opinions, facts and any media content in them are presented solely by the authors, and neither The Times of Israel nor its partners assume any responsibility for them. Please contact us in case of abuse. In case of abuse,
Report this post. 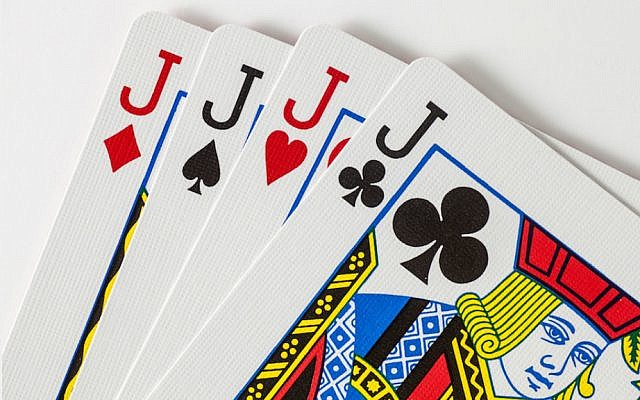 About a year ago, I went gambling in a red state. I was in Arizona to watch spring-training baseball with some old college friends, and we stopped by a casino. It’s tradition: whenever we get together, we carve out a few hours to play craps. The stakes are low, and winning or losing is never the point. It’s about spending time in the company of one another, along with the random characters you meet.

The person who taught me to gamble was my grandfather, Johnny Levine, or, as I called him, Zaidy. He was, shall we say, cost-conscious (he once bought two dozen boxes of matzoh the week after Passover because it was on sale) but he never minded wagering a few bucks in the casino. He did it because he enjoyed kibbitzing, or making small talk. And Zaidy was a kibbitzer par excellence. The son of Russian Jewish immigrants, he grew up poor but profoundly grateful to be an American. In fact, whenever we went gambling together, he wore his World War II Veteran’s cap. Strangers would greet him warmly, buy him a beer. For him, that hat was a symbol of pride—and a conversation starter. He passed away a few years ago, and these remain some of my favorite memories of him: his big frame hunched as he cradled the dice, discussing his lucky numbers with the croupier who, in turn, thanked him for his service.

Stepping into the casino, my friends and I searched for the craps table. As it turned out, there was none—at least not a real one, just an automated version of the game. (Picture a ring of monitors around two fuzzy dice, like you’d find in an old Chevy, shuddering inside of a fishbowl.) We opted for blackjack instead. Despite my many pilgrimages to casinos, I’d never played before. I was relieved, then, when seated next to me was a self-professed ace. With a Carolina-blue polo and polarized shades, he started teaching me his “guaranteed” methods. I listened intently, even to the absurd parts. That’s the thing about gambling: it breeds a camaraderie of suspended belief. You know the house always wins, yet you mustn’t allow yourself to accept it. Instead, you hold dear your fellow underdog. You feed each other’s delusions.

I was enjoying my tutorial when he imparted one last nugget of advice: “By the way, always tip the dealer. Don’t be a fucking Jew.” I looked at the dealer; she kept turning over cards. I looked at my friends; they appeared stunned but kept their heads low, studying what they’d been dealt. I tried to stay calm. It was just one off-color comment, I told myself. Why spoil the fun? Kibbitzing meant going with the flow.

The guy took off his glasses. “What? You gonna get all Jewy on me now?” I’d never heard that word before. What did it mean to be Jewy? Had he correctly identified me as a Jew? I don’t look particularly Jewish, and I wasn’t wearing a yarmulke or anything. Or was he responding to something in my expression? Could he tell I was offended by what he’d said? Maybe that was what it meant to be Jewy: not to be Jewish necessarily, but overly sensitive. To care too much about words and the damage they can do.

Again I glanced over at my friends. Some of them were also Jewish; why the hell weren’t they saying something to this asshole? In fairness, I was speechless too, but I couldn’t help resenting them in that moment. Weren’t they supposed to be some of my closest friends? If so, why did I feel so alone?

I kept waiting for the guy to shut up. He didn’t. At some point, I stopped hearing—or rather I couldn’t hear. It was as if I’d activated a defense system I didn’t know I had: I retreated so far inside myself that what he said no longer reached me. In those split-seconds of sanctuary, I thought about Zaidy. I tried invoking him, saying his name over and over in my head. Many Jews are named “Jon” or “Jonathan” but almost none go by “Johnny.” My great-grandparents, I’d been told, ordered him to spell it like that. They figured it might enable him to pass for a gentile, if things ever got bad. “Levine” screamed Jewish, but “Johnny” might improve his odds a bit.

For a second, the world stopped. Hit or stand? Did I want to Hit or Stand? I was holding the game up for everyone. The asshole kept yelling at me, “Hit! Hit!” and it occurred to me that, despite everything, he was still attempting to assist me, to help this Jewy nobody win some money. I tried speaking but the words didn’t come. Then he addressed the dealer on my behalf. “This idiot wants to hit.”

That triggered something. Violence. I’d resort to violence. He looked bigger than me, stronger than me. I didn’t care. I would take his punches and hope for the best. I would go to war on behalf of Zaidy, the Jewish people, and big-hearted kibbitzers everywhere. But I couldn’t bring myself to swing. I stood up and walked away.

Afterwards, I met my friends by the parking lot. It was awkward. We stood in the sun, rearranged the gravel by our feet, a fresh coat of dust on our shoes. A few minutes passed where we didn’t acknowledge what had transpired before we started talking openly with each other. The resentment I’d felt toward them dissipated, and guilt took its place. They might not have rushed to my defense as I might’ve hoped, but I wasn’t blameless either. In the final tally, I had abandoned them.

I don’t remember exactly what happened when I left the blackjack table. I can recall the dealer pleading with me to resume playing, as if by walking away mid-game I’d jammed the casino’s central mechanism. But I didn’t go back. I couldn’t. I was furious, and the one thing I could cling to—truly the only saving grace—was that I’d forfeited my chips in the asshole’s presence. It wasn’t much, 20 bucks or so. The amount didn’t matter. I wanted to prove that I valued my pride over money. I wanted to prove his stereotypes wrong. I wanted to prove that however he understood “Jewy,” it was a meaningless notion. And yet, the more I thought it over, the more pathetic I felt. Why was I trying to prove anything to this bigot? How Jewy of me, treating the exchange like an argument of ideas. What made me think I could ever persuade him? Or even have an honest dialogue? How could I share with him what I knew absolutely to be true: that my Jewish grandfather was both the cheapest and most giving person I’d ever met?

It felt impossible to win.

Ben Purkert’s poems and essays appear in The New Yorker, Tin House Online, Agni, Kenyon Review, Ploughshares, The Rumpus and elsewhere. His debut poetry collection, For The Love Of Endings, is coming out March 2018 from Four Way Books. He’s also at work on a novel.

This piece was originally published in Guernica Magazine.

About the Author
Ben Purkert is a writer living in Hell's Kitchen. His debut poetry collection, FOR THE LOVE OF ENDINGS, is coming out March 2018 from Four Way Books. His poems and essays appear or are forthcoming in The New Yorker, Ploughshares, Kenyon Review, Agni, Tin House Online, Guernica and elsewhere. He holds degrees from Harvard and NYU and is a former New York Times Fellow.
Related Topics
Related Posts
Comments