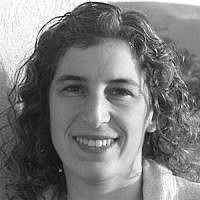 The Blogs
Debbie Wolf Goldsmith
Apply for a Blog
Advertisement
Please note that the posts on The Blogs are contributed by third parties. The opinions, facts and any media content in them are presented solely by the authors, and neither The Times of Israel nor its partners assume any responsibility for them. Please contact us in case of abuse. In case of abuse,
Report this post.

As an American immigrant to Israel, raising children means that my kids have the burden and the privilege of teaching me what it means to be Israeli.  If you ask them, they’d probably say it’s a blessing and a curse having me as a parent, and my oldest has taken the brunt of it.  She’s certainly benefited from learning both English and Hebrew as her native languages, she loves turkey on Thanksgiving and of course she enjoys the shopping sprees in America while visiting family. But being an immigrant is a reality that remains a part of life for the long haul and periodically throughout our lives, she is reminded I’m not from here. 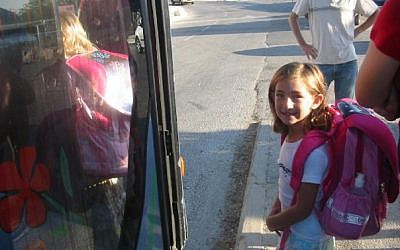 The price of having an immigrant parent presented itself much earlier than I expected.  When my daughter was in first grade, she began learning to read and write.  Rather than start with aleph and bet, they began with the letters mem and kuf.  She was so proud to show me how she could write her first word – makak (מקק) – and I was devastated to realize that I had absolutely no idea what a makak was. My Hebrew wasn’t great at that point in my life, but I had gained some confidence and thought I could handle first grade homework.  Clearly I was wrong.  A makak is a cockroach and a word I had no reason to know. Things only got worse at the realization that I was out of my league even in math when I was sadly reminded that math doesn’t only involve numbers.  To this day I still don’t know how to say parallelogram in Hebrew and over the years I wasn’t much help with homework.

My daughter sometimes threw my immigrant status at me as an insult.  The most memorable of these occasions was when she was 15 years old and asked to go camping on the shores of the Kinneret with her friends during summer vacation… 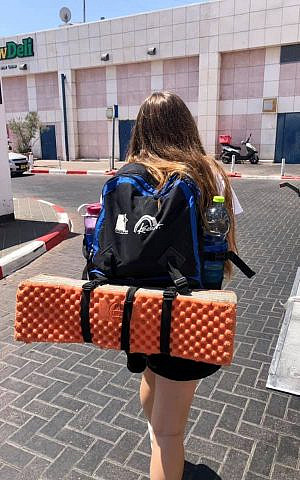 My oldest heading off on a camping trip with friends. Photo credit: Debbie Goldsmith

My obvious response was, “which parents are going?”  My daughter’s response was laughter and then the retort, “stop being so American.”  She then preceded to explain how she and her peers had all the details figured out for the trip – which buses to take, which beach to sleep at, what time the lifeguard was on duty, what groceries and other supplies they would need and who was bringing each item.  She further reminded me that her involvement in the Tsofim (Israeli scouts) and chug sayarut (hiking club) had sufficiently prepared her for 48 hours in the north unchaperoned, and emphasized that she and her friends were responsible, good kids.  She was right on all accounts and I reluctantly agreed to let her go…  After all, the other parents had already said yes and I was apparently the last holdout.

But the biggest challenge to date has been the army.  She is scheduled to enlist in two months.  My daughter spent last year in mechina, a pre-army leadership academy which prepares young Israelis for the army and for life.  She is incredibly enthusiastic about serving her country in a meaningful and challenging role.  On the other hand, the army is a bureaucratic, complicated and in many ways inflexible institution that doesn’t yet know what she is capable of.  Try helping guide your child to navigate that system to get what she wants when you have no firsthand knowledge of how things actually work.  Imagine being asked to advise a pilot on how to fly having never been to flight school or ever in a cockpit at all – I’ve often felt like that since her first encounter with the army process in 11th grade.  No amount googling it could possibly prepare me for this.

Although I may have been lacking at times in the realms of Hebrew, Israeli culture or social norms, when I look at my children I am reassured that I’ve done a lot of things right. As they grow older, I can see that my own deficits also provided a platform for my children to learn patience, resilience, and independence as they navigated through these situations with me.  They learned the lesson that we all need to support one another, regardless of our age or role in the family.  Choosing to make aliya was not only a choice I made for myself, but also for my children.  As I look towards the next step in my parenting journey, being the mother of a soldier (an experience which will surely challenge us), I am so proud to be the mother of Israelis and deep down I know they’re also proud of me.

About the Author
Debbie Wolf Goldsmith made Aliya in 2001 and is the Executive Director of Aardvark Israel, which offers a variety of gap year and study abroad programs to 18-21 year old Jews from all over the world. In honor of International Women’s Day 2021, she was recognized as one of Masa Israel Journey’s Inspiring 12 Jewish Women Working to Make a Difference. Debbie has an MA in Jewish Education and resides in Yishuv Alon with her three children.
Related Topics
Related Posts
Debbie Wolf Goldsmith