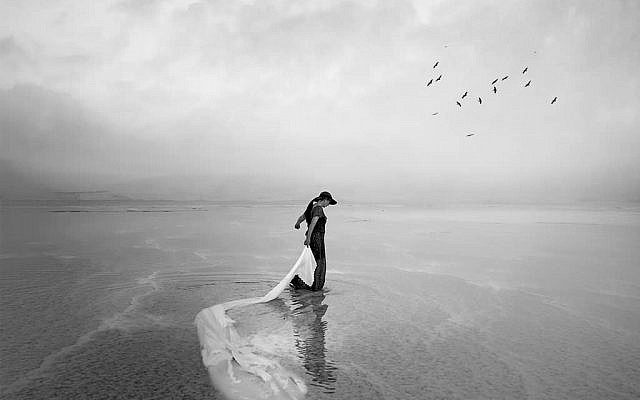 photographer Alex Bronfman is generously offering the illustration for this blog, see his works at http://www.bronfer.com/

“Are you going to ring the bell?” a dear friend who has lived for years in the United States asked me. I know that there is an American tradition of ringing a bell when you end cancer treatment, but neither in Denmark nor in Israel does anyone ring a bell for cancer.

In 1996, Admiral Le Moyne was the highest decorated US Navy Seal. That same year he got cancer. He was treated at the renowned MD Anderson Cancer Center in Houston, Texas. On the day he received his final treatment, he had brought a bronze ship bell, and when the infusion was done for the last time, he rang the bell.

“Sailors traditionally ring a bell upon completing a job,” Admiral Le Moyne explained to his doctors and nurses and gave birth to a tradition.

Today, bells are ringing in all US cancer departments, and a whole ceremony has emerged around the day of the final treatment. Family, friends, and nursing staff stand by when usually a very emotional patient is given written proof of having completed the treatment, then thanks to the staff, reads a poem and rings the bell.

YouTube is full of videos of cancer survivors ringing the bell. But there is also criticism of the bell tradition. Because there are people in the cancer departments, for whom various forms of intravenous treatment – chemotherapy, biological and/or immunotherapy – are their only hope.

People who have been declared incurable. For whom treatment and side effects of treatment are not something that ends someday, but is what keeps them alive, and, at the same time, slowly kills them.

People, for whom the chime of the bell and the wild cheering ceremony around it, becomes a painful experience. A reminder that they can never ever dream of ringing the bell, it is argued.

For me, there was very little celebration around the date of March 10th.

Long ago I had marked the day in my calendar. To have something to look forward to, and to convince myself that one day, on that day, the poisoning process would end.

But the joy of the day was suppressed by the unsatisfied expression on the face of the nurse.

When I stretched my arm at her, so that one last time, this top professional nurse could find a suitable vein for the infusion, she explained to me that she was not completely satisfied with some essential values on my blood tests. The CA125 marker that indicates the level of the cancer, was not as low as expected.

“We have to ask the doctors what they think,” she said, adding, “Maybe they will decide you need one more treatment.”

That ended the party even before it began.

It got worse later that week: I was rushed off to the emergency room with high fever, that at a certain point blurred my mind so much I could not express clearly to a nurse why I had arrived. I immediately got an antibiotic drip in my arm, and was hospitalized – in isolation.

That is the standard treatment for chemotherapy patients who run a fever: When the immune system is entirely suppressed, nothing can protect the body from even the most common bacteria.

The night before, I had seen yet another of countless news broadcasts about the overcrowding in Israeli hospitals. A phenomenon that gets worse year by year. Especially during the flu season. It is not uncommon for occupancy to reach 170 and 200 percent, and fragile elderly patients often lie in the hallways and in the dining rooms without any privacy, they explained on the television.

My strength returned reasonably fast. The fever subsided, and my brain cleared up. While waiting for all the test results to come back from the lab, I was still isolated behind a huge warning sign.

So, while the other wards in the hospital were extremely overcrowded, I was alone in a two bed room and was seen by doctors and nurses wearing blue sterile plastic-gloves and light blue disposable clothing.

Six days later, I was discharged. The on-duty doctor assured me that, from my blood tests, she did not see any reason why I should have more treatments.

Dr. Korah, would give the final verdict when I would come back for a checkup after a month.

As I exited the revolving doors into the fresh air on March 22, I nonetheless sensed the ringing of the bells of freedom…..until the first recurrence six months later, when I understood that with ovarian cancer life is what happens when you are in chemotherapy.

This blog is the eighteenth chapter of my book  The Lights Within, you can read more about the book and buy it at http://www.hannefoighel.com   anyone buying the book will immediately receive a PDF-version, the physical book will arrive post-corona

Photographer Alex Bronfer generously provided the illustration for this blog. See more of his works at; http://www.bronfer.com/