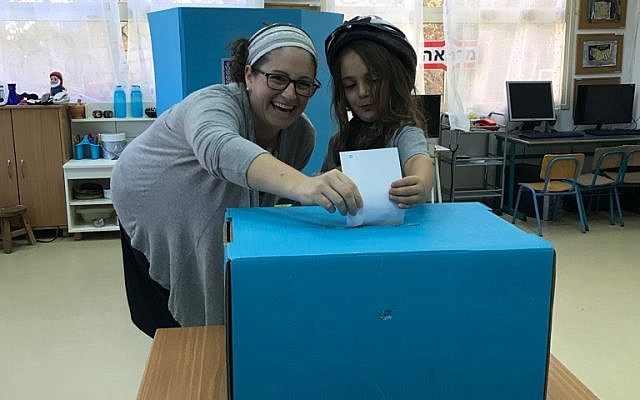 There may be no absorption experience more challenging than immigrating to a new country. It takes time to feel that one has integrated into a new setting. It takes time for the environment of the new setting to absorb the addition and find the right place for it to fit into the existing framework.

Aliyah to Israel possesses its own unique challenges distinct from other immigration experiences. New immigrants, new olim, are starting out a new life in a new country that is really a continuation of an established life, history, culture, religion. Of course it’s not that simple or simplistic.

In the aftermath of my experience running for city council I find myself further contemplating the subject of absorption – the sense of belonging that one gets after fully integrating into a new setting.

It did not surprise me how foreign the Israeli political process struck me. I remarked often on the differences between the American and the Israeli systems. I tried to have a critical eye to find the high points and weaknesses of each system. Again and again, I brushed off the feelings of being an outsider as something I needed to overcome.

I believed it was merely a matter of time before I would both feel that I had a grasp on the political process here and also feel that I was part of the system – that I belonged. After all, we were warmly welcomed “home” from the minute we boarded our aliyah flight, and have been countless times since.

In the weeks since the municipal elections I have had ample time to reflect. I certainly have a strong grasp on the political system here – at least for a first timer. I know quite well that there is more to learn. I know that I can figure it out – on my own or with help from friends and supporters. Those are pieces of the puzzle of belonging and I am well on my way to finishing the whole picture.

Being welcomed – being wanted – in a foreign system or country, that’s a whole different matter. In post-election conversations with other candidates, we have uncovered the feeling of being outsiders in a deeper sense: not being welcomed.

The political system in this country so very intense and complicated, and infested with interpersonal dynamics, it is truly hard as a newcomer to arrive at a point of being welcomed, being wanted by the system. It’s a gross failure both of the political system and of the local dynamics and the individuals involved.

To me, as an outsider, this closed door, this exclusive club, speaks to me of the core failure of our political system. It may well lead to its downfall. The desire to maintain exclusivity and the status that one may feel comes with it, could very well drive someone to engage in borderline or outright illegal activities. All in the name of maintaining an iron-clad grasp on exclusivity.

There are so many people, like myself, who want to serve, and give of our time (being a city council member is a voluntary role, after all). If we truly want to advance Israeli society the exclusivity of Israeli politics – at all levels – has to go. This country must be led by the people – and that means changing the guard regularly to reinvigorate our leadership.

To fully belong means to be invited in, be welcomed. It requires communication and transparency and courtesy. More than that, it requires that those who are already here have to be willing to risk losing some power by welcoming in outsiders.

It’s not a sign of weakness; it’s a show of self-confidence and inner strength. The wider we spread our tent the warmer it will be inside for all.