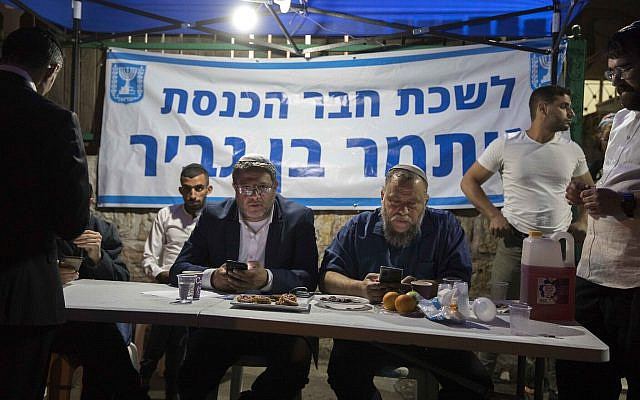 There are a lot of similarities between Israel’s current government and its 25th government, that headed by Yitzhak Rabin following the 1992 election. Both governments were a result of US involvement in the goal of two negotiated, insecure, dependent states in a divided Eretz Yisrael. In 1992, President George H.W. Bush reneged on a significant foreign aid promise to send Israel in exchange for Prime Minister Yitzhak Shamir’s non-retaliation against Iraq in a successful bid to cast Shamir as weak, foolish, and unfit before an election against pro-negotiation Rabin. The current government largely exists by virtue of President Donald Trump’s collusion with Yisrael Beitenu leader Avigdor Lieberman to prevent a government without pro-negotiation Benny Gantz as Defense or Prime Minister.

Both governments relied on aggressively anti-Zionist Arab parties and pho-principled, opportunistic turncoats from the national camp. As a result of these machinations, both governments are chiefly opposed by Likud leader Bibi Netanyahu, calling on the support of the ever-reliable national-religious to bolster his opposition base, campaigning heavily on the principles of Jewish statehood. To respond, both governments restored to delegitimization of the opposition, and the national-religious camp more broadly, as terroristic threats to national security, “murderers of peace” in the case of Rabin and the charge of “settler violence” in the current government.

This “settler violence” campaign is a co-production between the Bennett-Lapid government, US’ Biden Administration, and a handful of European NGOs. Like the Trump administration and every American administration since Lyndon B. Johnson’s, the Biden Administration is committed to “peace,” that being a divided Eretz Yisrael between two cheapened and unhappy peoples, two insecure states, two entities dependent on US security and intervention into perpetuity. To this end, they are eager to join the Bennett-Lapid government in delegitimization and demonizing the authentic opposition to US involvement in the Middle East, culturally, diplomatically, and chiefly in the US’ “two-state solution” project. European modernists, dogmatically opposed to anything resembling nationalism of any kind, are more than happy to cooperate to the foolish ends of destabilizing the Jewish state.

This scheme has been orchestrated as such: European NGO activists fly into Ben-Gurion airport, check into their Tel-Aviv hotels, and meet up with their Arab miscreant allies. Their Arab colleagues, who know the West Bank area far better than their turtlenecked and manicured European counterparts, lead them to Jewish areas in Judea and Samaria. There, the activists harass IDF soldiers and Jewish residents, trespass on military and private lands, filming all the way. These events typically take place on Shabbat where the Jewish residents cannot film their accost. When the Jewish spirit is awakened and soldiers or residents respond to this confrontation on their national, and often private, land, their European harassers release the film to gleeful American and Israeli establishmentarians to pass off as “settler violence.” The blood libel is deployed to delegitimize the opposition and the national-religious as terrorists, morally equal to their Arab butchers, fodder for the Western bid towards greater divide and control over Eretz Yisrael.

The “violent settlers” in question are left with no recourse. The military is often quick to sacrifice its soldiers to the Western leviathan, silencing or even punishing them for these unfounded accusations, while private residents are ill-equipped to combat the European-American-Israeli-establishment propaganda machine. Inside and outside Israel, observers were forced to take these fabulist conspirators at their word, lacking any challenge to the fables and half-truths they are fed.

This was all until the latest saga of Itamar Ben-Gvir, MK for the Religious Zionist Party, leader of the Otzmah Yehudit faction. The Israeli mass-media loves Ben-Gvir, not because they agree with him, far from it, but because he is media gold, almost like a 2015 Donald Trump. Every speech, every protest, every interview is a front-page story. Unlike the silent and often self-loathing military establishment and the ill-equipped, oft-ignored West Bank residents, Ben-Gvir is principled embodiment of the Jewish spirit with an unlimited ticket into the collective consciousness.

In response to recent rekindling of violence against Jewish residents of Shimon haTzadik and a policing failure to confront the issue, Ben-Gvir temporarily moved his headquarters to a tent in the Jerusalem neighborhood. Likely a brainchild of Otzmah Yehudit chairman Michael Ben-Ari, a proven master of political theater, Ben-Gvir’s stunt immediately garnered around-the-clock media coverage. There, Israel and the world saw the truth; the “provocations” in question were nothing more than the existence of a Jew on Jewish land, the “violence” nothing more than Jewish recognition of Arab spit, thrown chairs, and punches. The world saw Israeli law enforcement stand by as their fellows were under attack only to eventually accost Ben-Gvir and his colleagues, striking him unconscious.

With the world watching, Ben-Gvir exposed the truth. The Jewish spirit is not a warlike spirit, it does not seek unnecessary confrontation and violence. The Jewish spirit is neither afraid in the face of confrontation, in the face of hillul Hashem, desecration of G-d’s name, the beating of a fellow Jew, the foreign occupation of Jewish land. Faced with those prospects, the Jewish spirit is ready, willing, and able to fight and achieve victory. This is the root of “settler violence,” not terroristic outbursts, but Jewish existence and its long-overdue confrontations with the wrongs that the occupying, colonizing powers have wrought onto them.