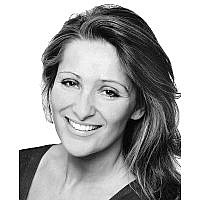 The Blogs
Ruth-Anne Lenga
Apply for a Blog
Please note that the posts on The Blogs are contributed by third parties. The opinions, facts and any media content in them are presented solely by the authors, and neither The Times of Israel nor its partners assume any responsibility for them. Please contact us in case of abuse. In case of abuse,
Report this post.

It was with enormous delight (and relief) to hear that the Centre’s good friend and advocate Ben Helfgott has finally been given a Knighthood in the Queen’s Birthday Honours.

Ben has influenced our work considerably. When we established the UCL Centre for Holocaust Education 10 years ago he was always on the end of the phone advising us, helping us, pummelling us with questions that would help us shape our vision and rationale.

At least twice a year I find an excuse to escort him into schools, helping to contextualise his talk for the students and navigate their questions. However he often deliberately diverts from his personal testimony in order to tell the young people about the inspirational Jewish doctor and pedagogue Janusz Korczak who, in 1942 rejected the chance of escaping deportation from the Warsaw ghetto in order to remain with 200 orphaned Jewish children who were in his charge. All were finally sent to Treblinka and murdered.

For Ben, Korczak is a guiding light and it was through Ben that I too ‘found’ Korczak who surprisingly very little is known in English speaking world. Since then, my colleagues at UCL and I have supported every effort to weave Korczak’s educational theory and legacy into our core programmes.

Ben continues to teach our Centre’s team about the detail of the history of ‘The Boys’ – the concentration camp child refugees – how they were accepted into this country in 1945 and how they, in turn, grew up to serve Britain through their ingenuity, hard work and charitable efforts.

Ben was and still is, their leading ‘Boy’. He helped them face the challenge of living a ‘normal’ life as they emerged from teenagers into adulthood. His athletic strength (Ben, astonishingly became a British Olympic weightlifting champion after just over 15 years after liberation), was an achievement that helped to empower all of the group.

In addition, as they started reaching their senior years, Ben gave Holocaust survivors the encouragement they very much needed to attempt to speak about their experiences to school students and teachers around the country. It was a task that would mean reopening wounds and revisiting trauma.

Many understandably recoiled from this prospect but it was the trust the survivors had in Ben that gave many the impetus to attempt it in order to bear witness.

Holocaust survivor Solly Irving, who spent his retirement years speaking to thousands of school students and teachers-in-training at UCL (IOE) told me shortly before he died, ‘I would never have had the courage to speak about my life had it not been for Ben’.

Our 2016 research revealed details of the profound impact meeting survivors has on young people – an encounter that will inevitably be lost as time moves on.

Many survivors, as a result of coming forward to give their testimony, have now also been recorded on film (by the UK Holocaust Memorial Foundation and others organisations) providing teachers with the most profound educational resource to take into the future.

Ben was a persuasive voice in the battle to get the Holocaust on the English National Curriculum and works tirelessly to ensure survivors receive compensation and restitution from the German government – not that anything could ever compensate for such loss.

He harbours no hate. In fact his most remarkable work is arguably his ongoing efforts to build bridges between the Poles and the Jews; never faltering in remembering the past but actively working towards building a constructive future.

At eighty-eight years of age Ben’s tenacity and drive enables him to sit at the highest level on the Board of most of the leading organisations in Holocaust education and memory both nationally and internationally.

Ben advises the UK Holocaust Memorial Foundation (UKHMF) helping it, amongst many other things, to see the value of a research informed approach to teacher professional development in Holocaust education. He is also advises the Claims Conference which contributes to our unique Beacon School Programme in Holocaust Education.

In 2012 our Centre submitted a very extensive proposal to the Institute of Education (IOE) to award Ben an honorary doctorate. I was told by the awards committee that it took less than half a minute for it to decide the successful outcome. The IOE was truly honoured that Ben accepted the award of DLit in recognition of his impact in education.

This is therefore why Ben Helfgott will always be the honoured guest at our Centre’s Holocaust Memorial Days and why we will always continue to invite him to address us and be present amongst us at key moments of the Centre’s growth.

We will continue to follow his lead in his commitment to Holocaust education and in empowering young people to work for a better and safer world.

Making Ben a Knight of the Realm is a blessing for this country, for our Centre and for the work we do.