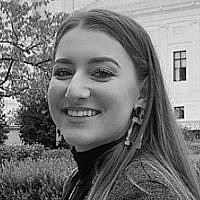 The Blogs
Moriah Richman
Apply for a Blog
Please note that the posts on The Blogs are contributed by third parties. The opinions, facts and any media content in them are presented solely by the authors, and neither The Times of Israel nor its partners assume any responsibility for them. Please contact us in case of abuse. In case of abuse,
Report this post. 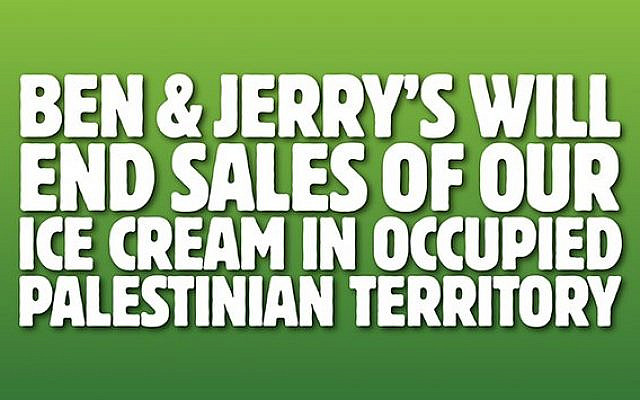 Three weeks ago, Ben & Jerry’s, a major ice cream company originally founded by two Jewish entrepreneurs, announced that it will stop selling ice cream in the occupied West Bank. In a statement, the ice cream company, which has long been a champion for a number of progressive causes, wrote that the decision developed after an analysis that operation in illegal Israeli settlements is “inconsistent with our values.” Not only is the decision by Ben & Jerry’s principled and commendable, but it is also the result of an external pressure campaign by activists.

Right-wing Israeli officials have called the decision “antisemitic” and an adoption of the “dehumanization of the Jewish people” — this is completely wrong. Antisemitism is a very real threat. Throughout history, the machinery of white supremacy has caused Jews to face persecution and systemic violence, which have persisted into the present day.

But this decision is certainly not antisemitism. Instead, it is a legitimate, peaceful protest against the systemic injustice of occupation and a reminder that settlements are, in fact, illegal under international law. The right’s bad-faith and flagrant attempts to label compliance with basic international law as akin to antisemitism not only distracts from real, threatening antisemitism, but also aids in blurring the line between policies of the Israeli government and Jewish identity. We cannot allow false and disingenuous smear campaigns like this to distract us from fighting for an end to the occupation. We must protect the rights of individuals and companies to peacefully protest unjust actions by the Israeli government and champion human rights.

This absurd response from many Israeli government officials and right-leaning groups demonstrates that any measure of accountability for the Israeli government’s international law violations, even when confined within the bounds of settlements, is denounced as unacceptable and illegitimate. Israeli officials have called on dozens of US states to invoke anti-BDS laws to take punitive action against Ben & Jerry’s and their holding company, Unilever. Such laws — which a number of US courts have found unconstitutional — have the potential to intimidate, silence, and punish those who are simply exercising their First Amendment rights. Attempts to police the way in which people protest are a distraction from the underlying issue: a powerful right-wing, settler-expansionist movement that continues to deny Palestinians their basic rights, and prevent a peaceful future for both Israelis and Palestinians.

With an Israeli government that currently shows no interest in talks toward an end to the occupation, companies that choose not to do business in settlements are making clear that there are consequences for deepening occupation.

If nothing else, let this decision by Ben & Jerry’s serve as a reminder that international pressure and public accountability works. This decision came after years of Palestinian-led organizing and international public pressure for Ben & Jerry’s to recognize that operating in settlements legitimizes the unjust occupation. Human Rights Watch warned in February of 2020 that business activities within occupied territory contribute to entrenching settlements, which would be to “aid in the commission of war crimes.”

The company’s decision to commit to the anti-occupation cause should be a wake-up call for American Jews. Intercommunal work is now more important than ever — we can use this momentum to engage our Jewish communities in more nuanced an honest conversations about the ways in which we are complicit in the normalization of anti-Palestinian bigotry and the occupation, and to show them the need to advocate for US policies that promote genuine peace and justice for both Palestinians and Israelis.

As American Jews, we have the power to hold our communal spaces and larger American Jewish institutions accountable to upholding social-justice values important to Jewish tradition, like the pursuit of tikkun olam — seeking to make the world a better place. We must work for a Jewish community that lives up to the best of these values. It is in the spirit of this tradition that we fight for our rights to speak out against injustice, and have a responsibility to protect the rights of others to do the same. We must fight the implementation of anti-BDS laws and other attempts to suppress the right for people to protest against oppression in all forms. When an ice cream company is able to recognize that the occupation is out of line with their values, it is due time that our Jewish institutions do the same.

About the Author
Moriah Richman is a Political Science and Urban Studies student at Florida State University. She serves on the National Communications Team for J Street U, the student organizing arm of J Street, as well as co-chair of her campus’ chapter.
Related Topics
Related Posts
Comments