The Blogs
Uri Rosenzweig
Apply for a Blog
Please note that the posts on The Blogs are contributed by third parties. The opinions, facts and any media content in them are presented solely by the authors, and neither The Times of Israel nor its partners assume any responsibility for them. Please contact us in case of abuse. In case of abuse,
Report this post. 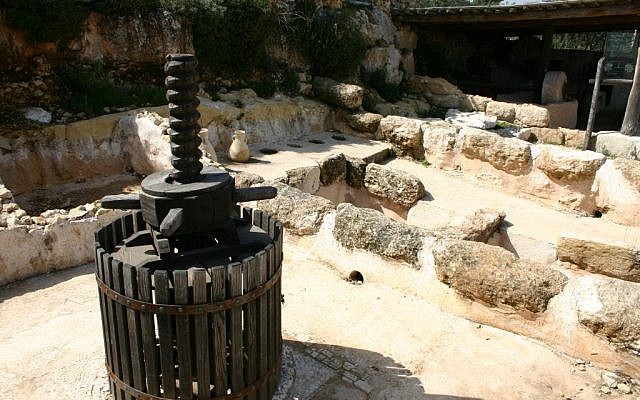 Riding in on a fat Harley with tattoos covering his burly arms and studly rings on every finger, Itay Benhaim looks more like the dude you see at a rest stop in South Dakota than a winemaker of an old world style Israeli winery. But as we all know, looks can be deceiving. Not only is Itay a world class vintner, but he is just about the most personable and unintimidating member of the wine industry you’ll meet. Deeply passionate with a magnetic smile, the moment Itay enters his winery, the room is ignited by his warm and charismatic presence.

Itay is the sixth generation of his family to be deeply involved in the wine industry. His ancestors were wine barrel builders or “butnaros” in Romania, and when Itay’s grandparents immigrated to Israel in the 1940s, they continued their grandparents’ trade by crafting barrels for Carmel Mizrachi in Haifa. There is no doubt that Itay’s family history with barrels is directly linked with Benhaim Winery’s deep appreciation for oak, as they age some of their wines in barrels for up to 30 months.

Itay explains that the barrel does not just add texture, but also flavors that are impossible to create without the proper use of oak. “Of all the barrels they built,” Itay reminisced, “my grandparents always kept two for themselves to make wine in, one for white, and the other for red.” After Itay’s parents wed in 1967, they envisioned that two barrels could be tens, and quickly started their boutique winery in the basement of their home in Ramat Chen.

“We produce bottles that are intended to be aged,” Itay told me, pointing to the shelves filled with bottles mostly a decade old. Itay explained that matured wines acquire a third set of flavors that are not present at the time of bottling, but are created later by the process of aging in appropriate conditions. “Wine is born a grape juice and dies as vinegar,” Itay said, “my job is to find its finest stage in-between those two points.” Like flipping through photo albums to find that perfect picture of yourself to be publicized, Itay is constantly tasting his wines, seeking the percise moment when it hits its peak.

As Itay opened an eleven year old wine, he held the cork out like a golfer raising the ball after sinking a hole in one. With his finger, he pointed to the bottom of the cork, displaying its shimmering tartrates, or as he calls them, “wine diamonds”. Itay explained that “wine diamonds indicate that the wine has been aged perfectly, in ideal conditions, and that you are most likely going to be very happy when you start drinking.” I couldn’t help but marvel at the wine’s ability to imbed “diamonds” into harsh impermeable wood while infusing a twinkling elegance under Itay’s leather biker jacket.

Itay’s motorcycle is not just the noble stallion that allows him to quickly reach Benhaim’s vineyards almost 200 kilometers from the winery, but in his eyes, it also captures the essence of the old world wines he tries to produce. Traditional practices of winemaking commonly associated with France, Italy, and many other areas in Europe or “old world wine” tend to allow nature to be the dominant influence on a wine’s qualities and character. The merit of an old world wine is defined by its ability to reflect the habitat in which the grapes are grown more than which varietal those grapes happen to be.

Likewise, when Itay guns the engine of his H-D, the carburetor sings the star spangled banner, and the exhaust rumbles the Declaration of Independence in perfect unison. “Sure, there are bikes with more modern technology that can get me there faster,” Itay admitted, “but when I hop on my Harley, regardless of where I need to get to, as far as I’m concerned, I’m already there.” Like the Harley, old world wines are transformative. When you drink them, you can feel the prickly green grass of Burgundy under your feet or be refreshed by the breeze of the rolling Tuscan hills. This magically palpable perspective is what Itay experiences on his bike and how he skillfully infuses life into all of his wines.

“It’s like the difference between the point of a nail and the point of a needle,” Itay told me, referring to the incredibly slick attributes of this wine. Although Merlots are infamous for their enticing fruits and lively berries, this particular bottle holds an incredibly distinct caramel flavor that will bring an irresistible childlike smile to your face. I suggest drinking this wine with someone you have known forever, while trying to recall some personal memories from the year 2005. Reflecting on changes you have gone through over the last ten years will lend you some perspective of what has been going on in this bottle over that time as well. Crank up Lynryd Skynryd’s “Pronounced ‘Lĕh-‘nérd ‘Skin-‘nérd”, or The Allman Brothers Band’s “With or Without You”.
Feel free to email me about your wine drinking experiences and with any questions you may have at urirosenzweig@gmail.com.