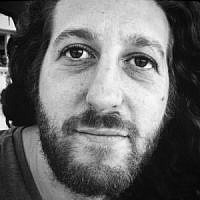 The Blogs
Stephen Duke
Apply for a Blog
Advertisement
Please note that the posts on The Blogs are contributed by third parties. The opinions, facts and any media content in them are presented solely by the authors, and neither The Times of Israel nor its partners assume any responsibility for them. Please contact us in case of abuse. In case of abuse,
Report this post.

Its fair to say that Binyamin Netanyahu holds an odd place in Israeli politics. In most countries the incumbent leader holds his position by virtue of his or her popularity. Bibi, however, is PM more by default than by dint of public affection. He is despised by both the left and the right but despite this holds onto his position because the alternatives are seen as less palatable or too inexperienced. Bibi is even disliked in his own Likud party, yet they hang onto him to simply because he is a winner.

The main criticism of Netanyahu is that he cares more about the personal benefits which accompany the Prime Minister’s office than the power it holds to affect positive change in Israeli society.

Netanyahu gives the impression that no concession is too steep, or too damaging to the country so long as it ensures he remains as Prime Minister.

Appoint a convicted felon to the post of Economy Minister, with the keys to the government till? Why not?

Reverse long-demanded and overwhelingly popular reforms which encourage army service and work in the Charedi community? No problem!

Grant control of religious services to the most extreme and uncompromising individuals in world Jewry, further alienating the average non-religious Jew from their Jewish heritage? An obvious choice!

True or not, the perception is that all these concessions are a small price so long as Bibi’s tax-payer subsidised ice-cream keeps coming.

The ease with which Bibi has bent over before the Charedi parties is in stark contrast to the hard-ball negotiating stance taken with Naftali Bennett’s Jewish Home.

Taken at face value this seems strange. Should we not, after all, expect Bibi to reach out first to those whose positions are in closest ideological proximity to his own? However, the reason for this is simple.

Everyone knows that the Charedi parties are political prostitutes who will sit in whichever government promises to provide the funds that subsidize the poverty of their voters. Netanyahu has to please these parties or risk them offering their services to Buji Herzog.

Bibi may have to cave into their unreasonable demands, but once they have been induced into entering his government, the Charedi parties are no threat to Netanyahu’s long-term ambition of being carried out of the Prime Minister’s residence in his burial shroud.

So, although they share much in ideological terms, the same cannot be said for Bennett. He may be relatively new to the political game but he is most definitely viewed by Netanyahu as a long-term threat.  Bennett is like Netanyahu; charismatic, opinionated and a member of the Sayeret Matkal. Bennett is a leader who can reach beyond his narrow base of Religious Zionism.

This leads to two interesting observations. Firstly it explains Netanyahu’s lurch to the right in the last election campaign (targetting votes from Bennett rather than Kahlon or Lapid) as well as Bibi’s reluctance to include Bennett’s Jewish Home in either of his last two governments.

The second is much more far reaching. Bibi tried to push Bennett out; make no mistake about that. How else are we to interpret Jewish Home being once again left as the last piece in his coalition jigsaw and the granting of both Bennett’s previous ministries to Shas’ Ariyeh Deri (who should be barred from ever again holding public office)? Bibi’s strategy may well have worked were it not for Avigdor Lieberman suddenly discovering some principles that he never knew he had.

Bibi is seen as the master politician. And yet in this round of coalition negotiations Naftali Bennett has again come out on top in a duel with Netanyahu. Just as last time round Bennett’s deal with Lapid caused Bibi to cave, this time around- with the threat of losing the PM’s office- it is again Bibi who blinked first.

He may lead a diminished Jewish Home, but Naftali Bennett has again played his hand exceptionally. No-one would be surprised if it turns out that Bennett joined up with Lieberman to present this last minute dilemma for Netanyahu. But one thing is not in doubt. Bennett is still on the rise and once more has got the better of Netanyahu in negotiations- spotting Bibi’s weakness and exploiting it ruthlessly.

Watch out Bibi, Bennett’s coming for you and the form is in his favour.

About the Author
Born and raised in London, Stephen Duke worked as a lecturer in philosophy and religious studies before making aliyah in 2006. A lot has changed since then. I've learned a totally different skill set and now work with my hands, renovating homes. For good reasons I ended up back in the UK.
Related Topics
Related Posts
Comments