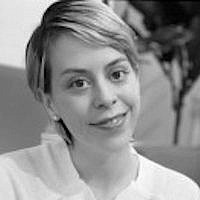 The Blogs
Emily Schrader
Apply for a Blog
Advertisement
Please note that the posts on The Blogs are contributed by third parties. The opinions, facts and any media content in them are presented solely by the authors, and neither The Times of Israel nor its partners assume any responsibility for them. Please contact us in case of abuse. In case of abuse,
Report this post. 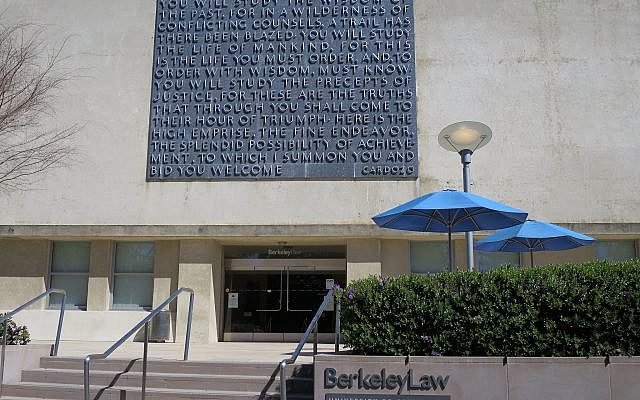 Many schools are still on summer break, but at the University of California Berkeley School of Law, antisemitic harassment has begun early, under the aegis of the nefarious forces of Boycott, Divestment, and Sanctions (BDS). Once again, Jewish and pro-Israel students are being challenged and excluded on the basis of their core identities and beliefs. This attempt to turn Jewish and pro-Israel students into an unpalatable ‘other’ at one of the West Coast’s premier law schools sets a dangerous precedent and must be defeated. Berkeley Law’s administration must step up and denounce this antisemitic bylaw without delay.

On or before August 21, 2022, A BDS-aligned organization called Berkeley Law for Palestine successfully convinced several affinity organizations at the law school, including the Asian Pacific American Law Students Association, the Law Students of African Descent, the Women of Berkeley Law, and the Queer Caucus, to adopt a “bylaw divesting all funds from institutions and companies complicit in the occupation of Palestine, and banning future use of funds towards such companies[.]” There is now a public call for “ALL student organizations at Berkeley Law to… adopt the bylaw into their constitutions ASAP[.]” The bylaw would call for “wholly boycotting, sanctioning, and divesting funds from… any entity that… supports the actions of the apartheid state of Israel…” and asserts that participating organizations “will not invite speakers that have expressed and continued to hold views… in support of Zionism [or] the apartheid State of Israel.”

As the Anti-Defamation League (ADL) has explained, “the predominant drive of the BDS campaign and its leadership is not criticism of policies, but the demonization and delegitimization of Israel. BDS campaigns promote a biased and simplistic approach to the complex Israeli-Palestinian conflict, and present this dispute over territorial and nationalist claims as the fault of only one party – Israel.” In recent years, BDS has opposed anything that “normalizes” the State of Israel, and has called on activists to “not deal with any product or activity of a person or institution that has previously been involved in normalization [of Israel].”

As intended, the consequence has been the steady squeezing of Jews out of public spaces, especially those on the more progressive end of the spectrum. In 2017 in Chicago and again in Washington, D.C. in 2019, Jewish participants in the ‘Dyke March’ in those cities were denied the right to carry a Jewish rainbow pride flag with a Star of David at its center. In 2019, the University of Toronto’s Graduate Student Union (GSU) opposed a proposal by Hillel to increase kosher food options because Hillel (which represents Jewish students on campus) refused to disavow support for the State of Israel. Now the hate and exclusion have come to Berkeley Law.

The truth is, this is nothing more than the ancient attempt to separate Jews from their religion and identities. As Alyza Lewin of the Brandeis Center has written, “Zionism – the yearning and desire of Jews to re-establish their Jewish homeland in the Land of Israel – is an integral part of Jews’ shared ancestry and ethnicity… the desire and determination of Jews to return to their ancestral homeland in Israel is… the glue that has kept Jews connected for millennia. For centuries Jews have not only prayed facing Jerusalem, they have prayed to return to Jerusalem.”

Telling Jews that they are not welcome in a space as Zionists is the same as telling them that they are not welcome as Jews. In this sense, too, the BDS position is another camouflage of the ancient hatred similar to the antisemitism of the Enlightenment period, when the Revolutionary French Assembly was told: “[t]he Jews should be denied everything as a nation, but granted everything as individuals… if they do not want this, they must inform us and we shall then be compelled to expel them.”

It is intolerable that in 2022, the Jewish community at one of America’s top law schools should be intimidated and held hostage in such a manner. While the BDS forces attempt to label their attempt to isolate Jewish students as “anti-racism,” it is really just racism, plain and simple.

By failing to stand against student organizations committing to divest from any entity that supports Israel and de-platforming and chilling the speech of pro-Israel students, Berkeley Law risks endorsing this discriminatory campaign against Israel while ostracizing Jewish students on campus. As a Zionist and as a Californian, I urge Berkeley Law’s administration to denounce this antisemitic bylaw without delay or risk being remembered forever for having failed to stand with a vulnerable minority undergoing persecution within its hallowed halls.

About the Author
Emily Schrader is the CEO of digital marketing firm Social Lite Creative and an expert on online antisemitism and hate speech.
Related Topics
Related Posts