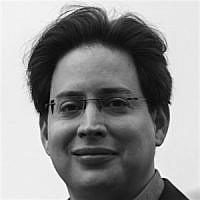 It happened today. On February 27th, 1943. By then, the Nazis had already been deporting Jews for about a year and a half – at first to various ghettos in Eastern Europe, later on mainly to Theresienstadt, the new “showcase Jewish town”. Yet many Jews were still allowed to live in the city, usually because they were working in a factory that was important for the Nazi war effort or because they were married to German spouses.

Now things were changing again. The Nazis were about to make Berlin judenfrei (“free of Jews”) once and for all. Some people say this was supposed to be the present of Berlin’s local Nazi administration to Hitler for his birthday on April 20th, a short while later – but so far, it has been impossible to prove.

Not expecting anything like that, thousands of Jews went to work that day, on the morning of February 27th, a Saturday (at the time a working day). They were going to do what kept them alive and fed so long – supporting the German cause with their labor. But now the Nazis came up with a new place for them: Auschwitz.

They were arrested wherever they were found. On the production lines, in the dressing rooms, in their own “canteens” eating their rations, separated from the “Aryan” workers. Some of them, who had been working on the night shift before that morning, were by then already at home – and were kidnapped out of their beds. Others however, who had been warned by colleagues and friends, escaped in time and began an illegal life underground, in hiding.

Those who were caught, were taken into so called “assembly camps” (Sammellager), but this term didn’t mean the camps you’re probably thinking about right now. It referred to locations still within the city, where the Gestapo could gather the Jews and detain them until their deportation (“Gestapo” is an abbreviation of Geheime Staatspolizei, which means “secret state police”). Most of these facilities had been confiscated from the Jewish community: Old age homes, synagogues, office buildings that were turned into temporary prisons. 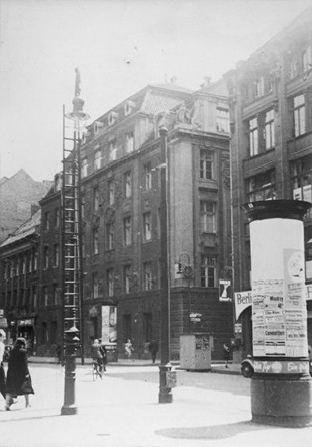 The building at the center of the picture was standing in Rosenstraße, close to Berlin’s famous Alexanderplatz, at the very center of the city. It served as one of the Jewish community’s social welfare establishments, before it was taken over by the Gestapo and turned into a so-called “assembly camp”. It was also used in the days following February 27th. It no longer exists. (public domain)

About 10,000 Jews were arrested on February 27th and the following day, virtually kidnapped in what was the largest operation of its kind in Berlin. Historians often refer to it as the “Factories Operation” (Fabrikaktion). The Nazis called it the “Final Operation for Berlin Jews” (Schlussaktion Berliner Juden). But their victims called it the “Day of Inferno” (Tag des Infernos).

Arresting so many people at once – basically anybody who was Jewish at those factories and workshops – led to chaos. The Nazi policemen probably did not check the identity of each and every person they arrested before moving on to the next factory. At the end of the day, when they were registered at the detention camps, quite a few of them turned out to be married to German spouses. They were so-called “privileged Jews”, whom the Nazis usually dealt with cautiously. Were they arrested by mistake in the chaos of that day? Or was it the beginning of their end as well – a Nazi attempt to deport them with the others and make their capital really judenfrei?

A week later, on March 6th, most of those arrested on that “Day of Inferno” were no longer in Berlin. They had already been deported – straight to Auschwitz. Their trains left at nighttime. They were called “the black transports”.

But what about those “privileged Jews” who were arrested on the “Day of Inferno”? Were they also on those trains of death? Come back to this blog on March 6th to read about their fate.

Yoav Sapir is a guide with Berlin Jewish Tours. He studied German-Jewish history in Jerusalem, Vienna, Heidelberg and Berlin.