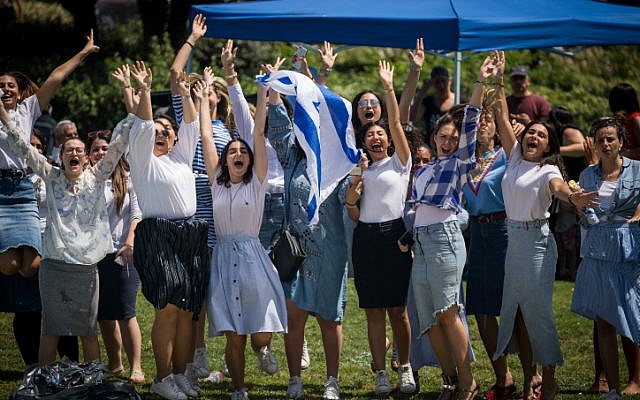 Happiness: the most pursued and most elusive commodity on which humanity has (n)ever set its hands. And yet, despite its elusive nature, there is so much to learn about happiness from Parshat Beshalach. As the Jews transform from slavery into freedom, Moses guides them into the paths of righteousness—and happiness. Here are some of the lessons on happiness and wellbeing found in this week’s Parsha.

Give yourself space– change is possible. Happiness can be learned. Yet humans need time to change and flexibility to grow.

“It came to pass when Pharaoh let the people go, that God did not lead them [by] way of the land of the Philistines for it was near, because God said, Lest the people reconsider when they see war and return to Egypt” (Exodus chapter 9).

Despite the urgent need to return to their own ancient homeland, God recognizes His people’s inability to transform from a nation of slaves into a nation of warriors overnight. This is also true when dealing with personal growth. Growth, happiness, and change are essential. Give yourself the time to achieve those. No change takes place overnight.

Seize the moment- there are opportunities that don’t wait. As Israelites leave Egypt, everyone is busy packing their lives up in great haste. It is during this time that Moses does the unexpectable.

“Moses took Joseph’s bones with him, for he [Joseph] had adjured the sons of Israel, saying, God will surely remember you, and you shall bring up my bones from here with you”

The Jewish sages take note of this:

“And Moses took the bones of Joseph with him”: This apprises us of the wisdom and saintliness of Moses. All of Israel were occupying themselves with the spoils (of Egypt), and Moses was occupying himself with the mitzvah of the bones of Joseph. Of him it is written (Mishlei 10:8) “The wise of heart will take mitzvoth.” (Mechilta De’Rabbi Yishmael 13:19)

Moses seized the moment and took the bones of Joseph with him. Former Chief Rabbi of Israel, Rabbi Yisrael Meir Lou, notes that not only did Moses take the bones with him, but he also carried that coffin with him for forty years in the desert. It is one thing for Moses to make sure the bones go out, but why did Moses have to carry that coffin for forty years in the desert? Rabbi Lau eloquently explains that Moses foresaw the future. Leading the Jewish people through the desert would create strife and infighting. Moses knew it would be hard to unite a tribal nation. Carrying the bones of Joseph, Moses was reminding the Israelites how they got to Egypt in the first place. The hatred the brothers had to Joseph is what led to the almost destruction of their family and brought them into slavery in Egypt. Moses would carry the coffin of Joseph to remind the Jews of the price of infighting and the need to avoid it.

The poetic justice of Moses carrying Joseph’s coffin back to Israel cannot be overstated. Moses, from the tribe of Levi—the same Levi who sold Joseph into slavery, down to Egypt—is now returning those bones to back to Israel. It is never to late to make amends. The lesson here is a lesson of unity and moving past fights of the past.

Take action- Thomas Jefferson famously said: “Our greatest happiness does not depend on the condition of life in which chance has placed us, but is always the result of a good conscience, good health, occupation, and freedom in all just pursuits.” Happiness is not to be chanced upon, it is something we find. We need to act. As the Egyptians faced the Israelites, Moses and the children of Israel find themselves trapped between a ferociously advancing Egyptian army, and a bustling ocean. The turn to Moses who in turn prays to God. God’s response?

“The Lord said to Moses, Why do you cry out to Me? Speak to the children of Israel and let them travel.” Prayer is great but sometimes we just need to move and take action.

Keep to Music- Where is there music in this week’s Parsha? Well, our first hint would be that many refer to Parshat Beshalach as Shabbat Shira—Shabbat of song. It is not hard to guess why. After the splitting of the sea the young nation expresses its joy with music:

Research shows music reduces our stress hormones, builds our immune system, and relieves pain. One can imagine this was not the only occasion Miriam took out her tambourine, nor was it the only time Moses sang. Music is essential, and we should keep it close to our hearts.

Its all about Purpose- a study published in a 2017 article in the JAMA journal of psychiatry finds that “Purpose in life was prospectively associated with a decreased risk of developing weak grip strength and slow walking speed, although the findings were more robust for walking speed than for grip strength. These findings suggest that a sense of purpose in life, a modifiable factor, may play an important role in maintaining physical function among older adults.” Finding purpose in what we do is a vital aspect of who we are as humans. I am reminded with sadness of a colleague of my wife who had been practicing neurology in a large New York hospital for many decades until he finally retired in his early eighties. On Thursday, my wife came home a bit late, there was a retirement party for the beloved physician who had been working there for so long. Four days later, on Monday, my wife came home shocked. That same weekend the physician had died suddenly. While it is impossible to point to cause and effect, the human need for purpose and productivity cannot be overstated. Meaning and purpose for the newly formed people, manifest in the form of mitzvot:

“And He [God] said, If you hearken to the voice of the Lord, your God, and you do what is proper in His eyes, and you listen closely to His commandments and observe all His statutes, all the sicknesses that I have visited upon Egypt I will not visit upon you, for I, the Lord, heal you”

Shabbat- nothing brings together so many research-proven paths to happiness like Shabbat: the importance of connecting to others, meditation, building up relationships, gratitude, and enhancing our sense of purpose.

“So he said to them, That is what the Lord spoke, Tomorrow is a rest day, a holy Sabbath to the Lord. Bake whatever you wish to bake, and cook whatever you wish to cook, and all the rest leave over to keep until morning.’… See that the Lord has given you the Sabbath. Therefore, on the sixth day, He gives you bread for two days. Let each man remain in his place; let no man leave his place on the seventh day”

The saying “more than Israel has kept the Shabbat, the Shabbat has kept Israel” was not said by a rabbi, not even by a religious person. It was Achad Ha’am, the great secular thinker who recognized the centrality of Shabbat to the preservation of who we are and its many gifts.

May we take the many blessings of happiness in this week’s Parsha and all be blessed with a Shabbat Shalom.