The first and central kinah said on Tisha B’Av is Megillat Eicha. The Gemara (Baba Batra 14a) refers to Megillat Eicha as the book of Lamentations, a Biblical book which allows us to do something normally frowned upon –to question God, as it were. “Eicha, God; how? How did we get to the point that there is such a rift between Your ‘chosen people’ and Yourself?”

It is necessary to ask “how” if we are to transform this day of mourning into a day of song and redemption. The Second Temple was destroyed for one reason, baseless hatred. The enormity of the destruction of the Second Temple and its aftermath continues to affect us to this day.

The word “Eicha” appears for the first time in the Torah in the form of “ayeka,” when God turns to Adam and Chava and asks them, “Where are you?” The word “Eicha” thus directs us to contemplate, and to find a solution. How did this this rift occur? And ayeka; where are we in this story? What do we intend to do in order to shape our destiny anew?

If we wish to solve the national disaster of the golah, the exile, and enter into a state of geula, redemption, we must first recognize that (in Hebrew), only one letter differentiates between exile and redemption: the aleph, which symbolizes the “I” – each individual and his or her role in the process of redemption.

The Netziv, Rav Naphtali Tzvi Yehuda Berlin, explains in his introduction to Bereishit that the difficult atmosphere which prevailed at the time of the Second Temple’s destruction was due to the lack of tolerance and piety amongst religious leaders and those engaged in Torah study:

We may explain that during the Second Temple, there were tzaddikim and chasidim, as well as those who toiled in the words of Torah; however, they were not yesharim [literally: straight] in their dealings with others.  Due to the baseless hatred in their hearts towards each other, they suspected that those who disagreed with them on religious matters were Sadducees or heretics. This brought them to bloodshed under false pretenses and many other evils until the Temple was destroyed. This is the justification for the destruction: for God is yashar and God could not tolerate tsaddikim like these…. Rather, [God prefers] people who act in a way that is yashar even in worldly matters, not those who act crookedly even for the sake of Heaven; this causes the destruction of creation and the annihilation of the world’s population.

I served as community rabbi of Boca Raton, Florida, which in 14 years grew from 60 to 600 families. I saw with my own eyes how Jews who were distanced came closer to Judaism precisely because we did not disparage them and were not condescending toward the streams of Judaism with which they had been affiliated. Derogatory discourse distances people, even if the depths of their hearts are thirsty for a spiritual encounter with God.

It is not a coincidence that the trop, the cantillations, of the Book of Lamentations and the Book of Esther are remarkably similar. What separates these two scrolls are not the Masoretic musical notes, but rather the tone in which they are voiced. This is a keen reminder that the Moshiach’s birthday is Tisha B’Av – and that his ability to appear depends on each and every one of us.

May we merit to transform the lamentations of Tisha B’Av into a springboard from which each of us will move forward, to change the present reality and engender a more harmonious coexistence amongst all Jews. 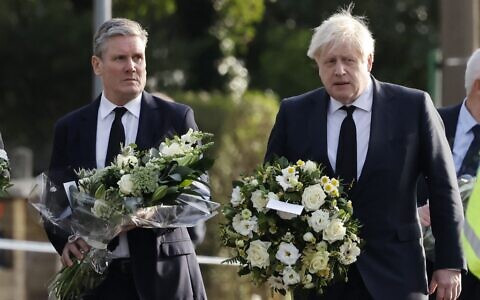 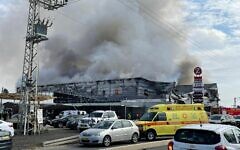 Fire breaks out at mall in central town of Qalansawe; fears of building collapse
TOI staff 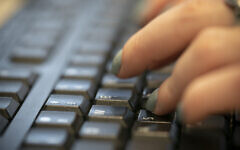 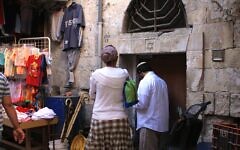 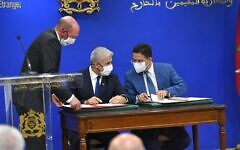