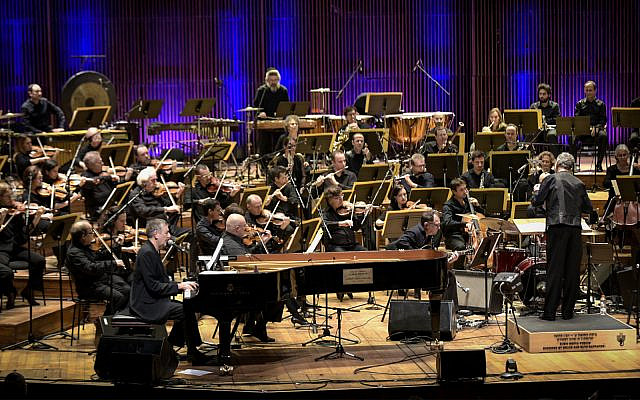 After the initial influx in February of the coronavirus, followed by the massive and rapid lockdown and attendant social and economic damage, in early June matters were gradually being restored to some semblance of normality here in Israel. Small groups were allowed to meet, some schools were able to function partially in what was known as ‘capsules’ and there was a general relaxation of the lockdown restrictions.

After receiving financial compensation for their losses, whether in full or partially, businesses and even restaurants, cafés and bars were able to open provided certain restrictions were met. The unemployment rate fell, synagogues were reopened, people returned to the open spaces and beaches, and finally schools were allowed to function fully.

Those involved in the performing arts – actors, musicians, stand-up artists, etc. – were indignant at being left out of the general return to normality. Protests and demonstrations were held, and eventually the government gave in and performances were permitted provided the audience did not exceed 250 people, or fifty percent of the auditorium’s capacity. This was met with scorn, as no theatre could be economically viable at that level, but eventually it was accepted, and plans went ahead to hold as many performances as possible in the open air (where the risk of infection is presumed to be lower). Buses and eventually also trains were allowed to function, albeit to a limited extent. And at last, promises were made to ‘reopen the skies’ and allow Israelis desperate for holidays abroad to depart for specified countries (Cyprus, Greece, Iceland), where infection rates were considered to be sufficiently low.

At first there were some rays of light here and there amidst all the doom and gloom. A large advertisement taken out in one of the national daily newspapers expressed the gratitude of ‘the theatres, the orchestras, the dance, the museums, the opera, the cinematheques, and the other cultural and artistic institutions, as well as of the thousands of artists, actors and workers who are returning to work’ to the support and cooperation extended by the Minister of Culture and Sport, the Minister of Finance, the Minister of Health, and their staffs and the various institutions of culture. Gratitude was also expressed to several philanthropic institutions. That certainly warmed the cockles of any culture vulture’s heart, but what it actually meant in practice never came to fruition.

The euphoria lasted exactly two weeks. As June progressed the general rejoicing and premature self-congratulation on the part of the government came to an abrupt stop. The dreaded second wave had arrived.

The curve which had been flattened reared its ugly head again, and alarm bells started ringing as the number of infections rose drastically. The idea of returning to the theatre and the concert hall vanished like the proverbial mirage. Admittedly, orchestras and theatres have been putting on performances of one kind or another via the medium of Zoom, but that is not going to put much money in their coffers or provide audiences with the thrill of seeing and hearing performances by living, breathing human beings.

For a while the government dithered between re-imposing a full or a partial lockdown or letting matters sort themselves out somehow. Not even our all-knowing and all-powerful Prime Minister, Benjamin Netanyahu, seemed to know what line take, swinging between threatening a return to full lockdown, trying to cajole people into following the guidelines and advocating stricter policing of public behavior. Suddenly his regular evening TV appearances to say how well we were doing came to an abrupt stop. No more nightly Bibi on our screens. Various ministers are given the task of haranguing the public. Only when there is something positive to say does the Prime Minister put in an appearance. And for the moment there is no such thing.

The Israel Philharmonic Orchestra gave a gala performance gratis via Zoom which was introduced by Dame Helen Mirren. But there doesn’t seem to be any possibility of a live performance by the Phil. taking place any time soon. Especially considering that the average age of its audience is well over seventy-.

The idea of life ever returning to anything like normality seems to be more like a will-o-the-wisp that is constantly disappearing over the next hill.