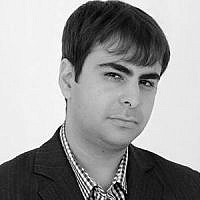 The Blogs
Adir Zangi
Marketing Expert and Political figure
Apply for a Blog
Advertisement
Please note that the posts on The Blogs are contributed by third parties. The opinions, facts and any media content in them are presented solely by the authors, and neither The Times of Israel nor its partners assume any responsibility for them. Please contact us in case of abuse. In case of abuse,
Report this post.

Recently we have seen that there are demonstrations inside the Israeli society on the social media and in the streets between the continuity of the operation Protective Edge and a termination of it, the right and left wings in the Israeli politics. The spectators, who observe this conflict from the side, call the radical left “delusional” and the extreme right-wing “racists”. As in nature, even society knows how to regulate itself and to establish the antithesis of each occurrence, which creates eventually synthesis. This synthesis can be seen in the visually in the IDF. The Israeli army is built from the the people, a melting pot of all opinions, races and genders in Israel in one place which unites everyone and creates a hierarchy of fine weave.

At the end, all of us, even the extremists on both sides, sitting concentrated in front of the TV screen and flipping between the news channels. Most of us were there and we all know the people who are there now, and our hearts with the soldiers. We as citizens know how to support the IDF during war and surely under relaxation. We all committed to peace in the region, but most of us will not accept rockets on 2.5 million Jews under siege and we all committed to this goal, not only for us, but for the next generation, under understanding that says “Never Again!”, you cannot keep quiet on any violent act in all fronts in Israel and not under verbal violence in the capital cities around the world which is already controlled by the Muslim minority.


As part of the end of the colonial occupation, Europe began to pursue every country that looks or smells as an occupier in a mechanic way, rather than look further and assess the threat from rational eyes, without the sense of guilt. However, the guilt and inferiority of the Arab world hasn’t been expired since the fall of the Ottoman Empire until these days under the presumption of the return of a grand Muslim world to the center of the stage as an old/new superpower. The inability to contain the thought that it will never happen again, intellectually and militaristic, frustrate the Arab world which makes the Arab countries engage in violence and to assist the rise of the Islamic radicalism to set foot  around the world as part of determinist ideology, the leaders of terrorist organizations promise to their people that the west will one day fall, and Islam will return to those glorious days. Therefore, European leaders need to act fast before it’s too late.We can see the outrage of the Muslims in the streets even now, the freedom of religion is utilized to the fullest. In france for example, the president already ordered to stop any pro-Palestinian demonstration, may be it’s already late for france, let’s hope not.

I want to zoom out for a second and observe the demonstrations across Europe and United-states. When I examine these acts, which in one hand we see on TV the pro-Palestinian and on the other side see the pro-Israeli, we notice an interesting picture. Most of the times you see the pro-Palestinian cry, angry and mourn on the death of their deceased, on the Israeli side you do not hear the crying and mourning on the dead, only in rare cases inside our nation, but you will hear songs and joyful cheers of “Am Israel Hay”, exaltation and pride in Israel. Looking back at the dark past is actually the opposite view to the mental thinking of good and optimistic future, it separates between Palestinians who focuses on civilian deaths against Israelis who happy from the fact that the Israeli country in still exist and alive, we don’t need more than that. 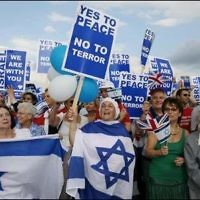 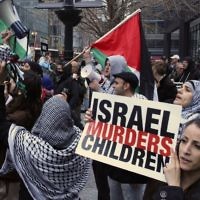 This extreme situation, affects all perspective of the concept of life and death. The Palestinian continue to sacrifice suicide bombs and children as human shields against the never-ending goal of killing all the Jews as written in the Hamas treaty and on the contrary, Israel continues to protect its troops and citizens, pay dearly for the return of captives and try to avoid confrontation at any time, and in it speare time we allow ourselves to cry on our cavities.

Finally, when I get asked in these days what do I think about the amount of dead in Gaza, I just specify the numbers of innocent dead in Syria, Iraq, Nigeria and Yemen. Hundreds of dead between Sunnis-Shiites and Sunnis-Christians – on that you will not see demonstrations or UN convention, but only on the Israeli right for self-defense who fight in a suicidal battlefield while sacrificing the lives of the fighters. Apparently the world call this act OCCUPATION. We all know that not the Arabs nor the free world will be satisfied with any agreement with Israel, we will always be under hard criticism.

About the Author
Adir is a senior marketing automation expert. During the last years, he worked at some of most intense gaming agencies in Israel as a marketing manager. Adir owns a Master's degree from the Hebrew University in political science, he interned at the INSS and as a parliamentary consultant at the Knesset.
Related Topics
Related Posts
Comments