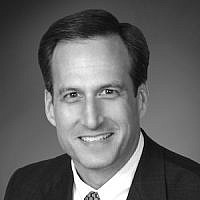 In Jerusalem, a large stone fell from the Western Wall onto the egalitarian prayer space near Robinson’s Arch. It was a piece of Herodian stone set some 2,000 years ago. When it fell out of its place and landed on the floor below, it nearly missed a woman praying nearby. The sound and experience must have jolted her from her prayer experience. From the news reports, it also jolted loose some unusual reactions.

One commentator called it an omen for Reform Jews. The egalitarian prayer space, rather than being a symbol of pluralism in Judaism, was called an omen of liberal Judaism’s nefarious aims. Another commentator called it a sign for all Jews to reconcile their differences lest more stones would fall and the remnants of the ancient Temple foundation would also collapse. These prophets (small p) would like us to see them as signs from God, a foretelling of events, and a precursor of more heinous experiences. But, the prophetic age ended with Malachi (5th c BCE).

As a Reform Jew, I embrace Judaism and modernity, equally. To Judaism, I especially bring modernity’s science and rationality. The technology used by ancient workers to set the stones was a marvel of science of their day, and it’s rational to reason that those same stones would fall from their places periodically over centuries. This isn’t the first time stones have fallen out of their places, and they haven’t fallen only at the egalitarian prayer space.

The only sign at the Western Wall that would be both scientific and religious would read, “Beware of Falling Rocks!” It would be scientific, because observations prove that rocks have fallen in the past, and conditions are ripe for them to fall again. This sign would be a mitzvah, too, because it would potentially spare a person’s life by warning them of danger ahead. Frankly, it’s a sin (averah) that “Beware of Falling Rocks!” isn’t posted at entrance points near the Western Wall. But, how would it look if the Western Wall were potentially dangerous and if faith couldn’t be guaranteed or deepened there? People standing at the Wall would be looking up, not to note God’s presence, but to look for falling rocks.

I’ll admit that signs are all around us. I think the most important ones are the signs that don’t require any faith at all. They’re the ones that are printed in bold letters to “Stop” “Yield” or “Pay Here”. But, I’m not a cynic. I do find that other signs are not always printed in bold letters. There are mysteries all around us. When we stand on a mountaintop and say, as we gaze at the vista, “Oh, my God!” we acknowledge that we didn’t create the landscape; its breadth and beauty are beyond our understanding. Likewise, the miracle of childbirth, though we understand it scientifically, is a wonder of the human body. Such signs move us to appreciate the natural world we can know, and to stand in awe at the expanse of the universe we are just beginning to see.

It’s been said that “religion is for those who are afraid of going to hell, and spirituality is for those who have been there” (anonymous). If religion is just an armor that protects us from our fears, then it will always be a place from which omens emerge to foretell a dark future. But, if we use religion to express our spirituality, then we don’t have to look for omens. Then we can see signs as sources of insight into the world in which we move rationally and meaningfully along our chosen path in life.

About the Author
Rabbi Lyon is Senior Rabbi of Congregation Beth Israel, Houston, Texas. Lyon can be heard on iHeartRadio's Podcast "Heart to Heart w/Rabbi David Lyon" on Sunny99.com. He is the author of the book "God of Me: Imagining God Throughout Your Lifetime" (Jewish Lights 2011), available at Amazon.com. He is a V.P. of the CCAR (Central Conference of America Rabbis) Board of Trustees. In Houston, Lyon serves as Board member of the United Way of Greater Houston; Advisory Board member of Holocaust Museum Houston; Board Member of Interfaith Ministries of Greater Houston; and member ADL's Coalition for Mutual Respect.
Related Topics
Related Posts
Comments