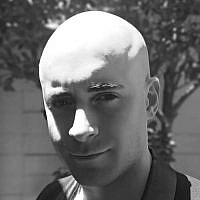 The Blogs
Oved Lobel
Apply for a Blog
Please note that the posts on The Blogs are contributed by third parties. The opinions, facts and any media content in them are presented solely by the authors, and neither The Times of Israel nor its partners assume any responsibility for them. Please contact us in case of abuse. In case of abuse,
Report this post. 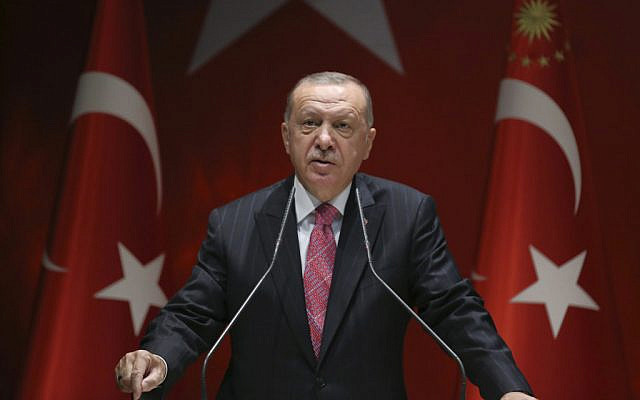 Turkey’s President Recep Tayyip Erdogan is becoming increasingly panicked as the date of President-elect Joe-Biden’s inauguration approaches. Erdogan knows that, unlike President Trump, the Biden administration will not give him free rein and certainly won’t attempt to protect him from US law and sanctions. As a consequence, Turkey has begun seeding the media landscape with leaks and reports on rapprochement with Israel, including an alleged intelligence backchannel and the appointment of a new ambassador. Erdogan himself recently said Turkey “would like to bring our ties [with Israel] to a better point.” This serves both to preempt harsher US sanctions on Turkey as well as to split the coalition forming in the Eastern Mediterranean of which Israel is a vital part. Israel should be very wary of this purported outreach and ensure that its allies and partners explicitly understand it cannot be peeled away by Turkey.

In the first place, Turkey has nothing to offer Israel anymore, and there is no reason to alter the status quo relationship, which mostly involves trade and tourism. Whereas during the Cold War Israel saw Turkey as a part of its ultimately abortive “periphery doctrine” to contain Arab hostility by forming alliances with non-Arab regional states, Israel now has flourishing partnerships and alliances with most of the Middle East. On the contrary, Turkey is now the greatest enemy of Israel’s attempts to build regional alliances and to those allies themselves. One of Israel’s newest official allies, the United Arab Emirates (UAE), leads a very active, expeditionary foreign policy geared towards crushing political Islam by propping up or installing military autocrats following the Arab Spring in 2011, an endeavor in which its primary opponent is Islamist Turkey.

Alongside the Arab Middle East, Israel has become a vital partner for Mediterranean nations like Cyprus and Greece. Energy and security partnerships have begun binding several regional security alliances together, from Cyprus to the UAE, each partially hinging on Israel and all of them implicitly aimed at curbing Turkey’s aggressive regional policies.

When Former Turkish Admiral Cihat Yayci recently published an outrageous report for the Moshe Dayan Center for Middle Eastern and African Studies at Tel Aviv University suggesting Israel abrogate its agreements with its regional allies and instead divide the Mediterranean with Turkey, he was not angling for rapprochement. Rather, he – and by extension the Turkish government – wish to stoke fear across the region that Israel might seriously consider his recommendations and thus isolate Israel from its burgeoning alliance network. Israel should engage in energy talks with Turkey, as it has been doing for several years, but only on realistic terms and never at the expense of its actual allies.

Erdogan has already twice in a decade expelled the Israeli ambassador over incidents relating to Gaza, one of which, the Gaza Freedom Flotilla, was by all circumstantial evidence intentionally organized by Turkey to rupture diplomatic relations. Israel is a very useful cudgel in Turkish domestic politics, and it would be counterproductive to exchange ambassadors with Turkey again, as it only empowers Erdogan when he next inevitably feels the need to provoke an incident and expel that ambassador.

Compartmentalized intelligence interaction, assuming there is any area where the countries could cooperate, does not require an ambassador, as the 2013 meeting between the then Mossad chief Tamir Pardo and Turkish intelligence chief Hakan Fidan in Ankara demonstrates. Similarly, Israeli weapons sales to Turkey, one of the alleged benefits of normalisation championed by Turkish presidential adviser on foreign affairs Mesut Casin, do not require diplomatic relations. In 2013, for example, Israel, reportedly due to US pressure as well as a perceived opening to improve relations with Turkey against Iran, began upgrading the Turkish air force. Given the failure of these initiatives to improve relations even at the height of tensions between Turkey and Iran, however, it is unclear what benefit further engagement could bring Israel.

There are some analysts – often Turkish or cultivated and amplified by Turkey – that argue Israel and Turkey have shared interests, and that an Israeli-Turkish rapprochement would help strengthen these interests. It is very unclear where Turkey’s interests overlap with Israel’s in any sphere, whether it is Turkey’s support for and facilitation of Hamas and competitive cooperation with Iran or attempts to undermine Israel’s Arab and Mediterranean partners. Israel is a key axis of US security and energy architecture in the region; Erdogan’s policies are aimed primarily at undermining this architecture and US influence more broadly, from Venezuela to the Middle East, usually in partnership with Iran and Russia. There is little space for shared interests in this picture. Even Azerbaijan, a vital partner of both Israel and Turkey, is not the arena of cooperation that superficial analysis makes it out to be, although the country has reportedly been trying to facilitate normalization.

Absent concrete Turkish concessions or a substantial change in the regional situation, no Israeli interests can be served by humoring Erdogan’s outreach or indulging Turkey’s progressively more appalling demands and activities.  The incoming Biden administration is likely to have a more aggressive approach towards Turkey, in which case Israel will be expected to play a supportive role, particularly as the US attempts to readjust its military presence to counter China in the Pacific. Erdogan’s attempts to head off this outcome should be spurned, publicly where necessary, by Israeli officials in order to reassure Israel’s allies and partners. The trade and tourism relationship between Israel and Turkey will continue regardless, and Israel has nothing further to gain by accommodating a rogue state.