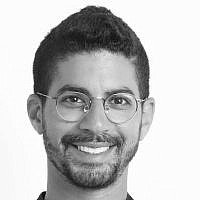 The Blogs
Liav Chen
Apply for a Blog
Please note that the posts on The Blogs are contributed by third parties. The opinions, facts and any media content in them are presented solely by the authors, and neither The Times of Israel nor its partners assume any responsibility for them. Please contact us in case of abuse. In case of abuse,
Report this post.

When most people think of influencers on social media, they think of young and popular people living the high life, and taking part in product placements almost as an afterthought to their lavish adventures. There’s a degree of truth to that, but the true nature of collaborations with influencers such as Bar Refaeli, Yael Shelbia, and Rotem Cohen would probably surprise most industry outsiders.

Like many industry techniques that start out as edgy and groundbreaking, the influencer approach has matured into an enormous and integral part of mainstream marketing, and now it’s ready for the next stage of its journey.

Influencer marketing is set to reach $15 billion by 2022 because influencers have become more than just a personal brand — they are a marketing channel. Still, they are not being utilized to their fullest potential. As with any other marketing channel, there is a difference between working hard on campaigns for lackluster results (Pepsi and Kendall Jenner); and working smart for lasting quality ROI (ASOS with micro influencers).

But enough with the random placements for weight-loss tea and detox smoothies. Influencer marketing needs a major makeover, because half of social media users are getting fatigued from repetitive and irrelevant sponsored posts from influencers. Adjustments need to be made to better serve both influencers and marketers with their unique needs. It is up to both parties to join forces in an effort to make influencer marketing better, and there is no time like the present to take that first step.

The disconnects in influencer marketing

Influencer marketing naturally works a little differently for each social network. Each network has its own nuances, audiences, and general vibes that need to be considered. When marketers partner with the right influencers for the right networks, the potential for substantial returns is huge. This places great importance on the willingness of marketers to do their homework and explore the power and potential of different platforms, including the new and emerging ones. All social networks are not created equal. Instagram may be considered an unofficial favorite for influencer marketing campaigns globally, but TikTok can be just as effective, and Clubhouse might also be worth experimenting on. In Israel, Facebook is king with 69.57 percent social media market share. YouTube comes second at 9.95 percent, followed by Pinterest, Twitter, Instagram, and Reddit.

The influencers themselves have audiences that turn to them for certain types of content. It’ll be more effective for a fitness guru to promote workout gear, diets, or supplements than for them to suddenly post an ad that endorses a VR headset. It would make more sense for a foodie to promote restaurants than makeup or skincare essentials. While celebrities have mass appeal and fans, they are not necessarily experts in the type of products they are promoting. Brands can gain brand exposure from such collaborations, but that may not be enough to drive sales.

Macro, micro, and nano influencers are more in-tune with their audiences (compared to the powerhouse celebs), and have more of an authentic relationship with them. In the past year, nearly 40 percent of all brand social media influencer partnerships were with micro-influencers. These influencers have a better understanding of the types of content their followers would respond best to. The majority of influencers in Israel are micro-influencers — that’s nearly 70 percent of the influencers specializing in prominent categories.

When done wrong, influencer marketing campaigns fall flat fast, as in the case of Scott Disick’s classic protein shake Instagram campaign blunder, which got him and sponsor flack. Disick didn’t have a genuine attachment with the brand he was promoting, and ended up pasting the instructions from the brand in his caption in a rush to get it over with.

Audiences can spot inauthentic captions and overly-staged pics from a mile away. It is crucial for marketers and influencers to have a better understanding of the needs of one another, because there are currently too many gaps and disconnects in the process.

Marketers and influencers are becoming one

The roles of marketers and influencers are converging, and they can both beautifully help each other achieve their unique goals.

Marketers want targeted exposure for their brands. Gone are the days of simply having the brand being seen by as many eyeballs as possible. Marketers want quality exposure over quantity, for the discovery phase of the funnel. However, some things are easier said than done. With each new collaboration, marketers have concerns over potential risks of fraud, as they don’t necessarily have the means to access and conduct deep research on relevant influencers and their credibility.

In Israel, over 64 percent of influencers with over 100K followers visibly committed a form of fraud to spark inauthentic growth, though buying inauthentic followers, participating in comment pods, and conducting mass follows and unfollows. Conversely, the highest percentage of influencers in Israel who didn’t commit fraud were the micro influencers who have between 1K and 5K authentic followers. The research element, especially when done manually, is tedious, and often inaccurate due to being swayed by human intuition.

Influencers, especially the micro and nano variety, are always on the hunt for new opportunities to monetize their brands and increase clout. There is one glaring problem: They don’t have access to marketers and brands that are in need of their services. In this stage of their journey as influencers, they also have concerns over payments being made properly.

It is also worth noting that despite the fact that micro and nano influencers have their personal branding down pat, they don’t necessarily have formal marketing know-how. The same logic applies toward marketers — they may know the ins and outs of social networks, but they generally don’t see it through the lens of an influencer. Thankfully, there are free academies available to help bridge the gap between influencers and marketers to set the grounds for a successful collaboration.

Marketers and influencers need to be on the same page to ensure the most successful campaigns. As digital marketing maverick Gary Vaynerchuk puts it, “It makes sense to prioritize influencers that have an engaged community… choose influencers you trust and build a relationship with them…you want to make sure you are getting the best bang for your buck.”

Until now, it has been difficult, if not impossible, for marketers to find relevant new and undiscovered influencers they know they can trust. There are many data points that need to be factored while searching for influencers, such as their types of posts, quality of followers, count of impressions, and trust scores. The power of AI, as seen on the Humanz platform, makes the harvesting of such data possible—at scale. This technology can also help marketers and influencers alike in tracking the ROI of their campaigns, while gaining an understanding of the types of content works best, and get a view on the quality of the followers.

Influencer marketing has come a long way, now representing a modern-day endorsement deal. The time has come for the industry to mature, especially in Israel, which has gone from being considered Startup Nation to Scaleup Nation. Data-driven decisions lead to the most successful outcomes. With the backing of AI, influencer marketing becomes smart, safe, efficient, and measurable for marketers and influencers in their converging roles.

About the Author
Liav Chen is the Co-Founder and CEO of Humanz, an AI-powered platform that makes influencer marketing accessible, reliable and trustworthy for marketers and influencers. He has extensive experience in devops, big data and machine-learning—all of which was acquired through his five-year military experience with the esteemed intelligence Unit 8200 of the Israeli army. After experiencing the pain points and shortcomings of influencer marketing firsthand, Chen created Humanz by incorporating deep social data analysis with proprietary AI technology on a SaaS platform.
Related Topics
Related Posts
Comments