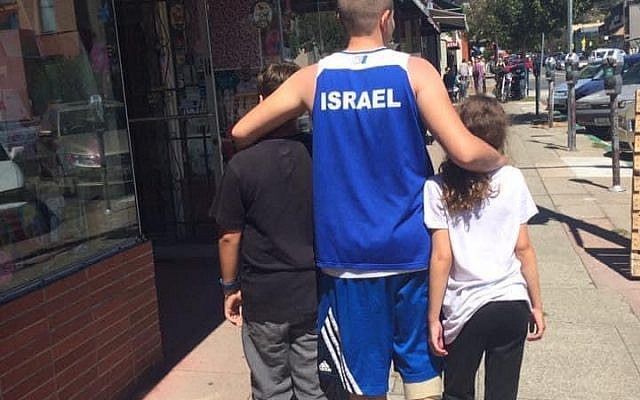 “Are you sure you want to wear the shirt with the Hebrew writing on it?” I asked my 14-year- old daughter.

“Well, it doesn’t say ‘Israel’ on it, it’s just the ranch logo (where she rides), I think it’ll be ok and it’s burgundy, not blue and white. Anyways, my hair covers most of the writing. Maybe if I walk with a Ben and Jerry’s ice cream cone, it’ll fool people”, she chuckled and off we romped to Trader Joe’s.

Nobody noticed and all was well.

Lia and I are spending a few weeks in California from our home in Omer, Israel. We are visiting my family who moved out here almost two decades ago.

The San Francisco Bay area is the Mecca of progressive, liberal America. Unlike many places, people here dress any way they want; blue and pink hair abounds, kids can come out in middle school with zero social repercussions, and being non-binary is no big thing. Anti-racist placards adorn houses and car bumper stickers. 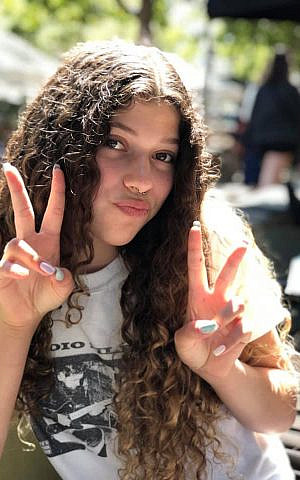 And, on top of all this wonder, the weather is beyond amazing – 71 degrees Fahrenheit and sunny. After months of 99 degree-Negev Desert weather, I stepped out of San Francisco International Airport and as the chill morning air hit my throat, I could finally breathe.

There are so many things I absolutely love here – my family, friends, and the weather. Moreover, my soul delights in the incredible and very bearable “lightness of being” whereby Israeli politics, the constant threat of war and the stifling heat are 15 flight hours behind us – in a different world.

But then, there are the things that infuriate me – the hypocrisy, for instance. Despite the widely displayed “Love and Peace” paraphernalia, I don’t feel comfortable having my kids walk around with Jewish or Israeli symbols.

Berkeley is the spiritual epicenter of the BDS (Boycott, Divestment, Sanctions) movement that dumbs down the Israeli Palestinian conflict in such a way that “good” people, many of whom barely know where Israel (or Palestine) is (or what language is spoken there – hint: we don’t speak “Israeli”) protest for its destruction.

These people, young and old, residing in neighborhoods where the average house price is over a $1 million, invest a lot of energy and money fighting real and perceived human rights violations in a region 7,400 miles away. 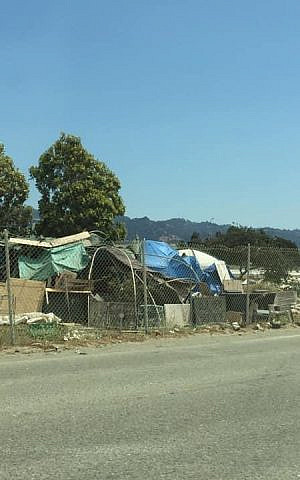 However, they seem to be blind to the woes in their backyard.The Bay Area’s streets, underpasses, and parks are “home” to a whopping 30,000 women, men and even children. As an Israeli social change activist who, for two decades, has worked with Jewish and Arab communities, I have yet to see humans (in a developed country) existing in such dire circumstances, anywhere in Israel, as I have witnessed in Berkeley, Oakland and even little Albany. 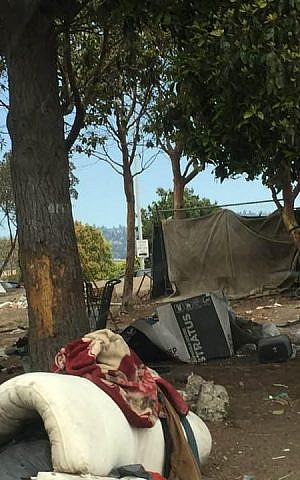 So, my suggestion to BDSers in Berkeley…. Clean your own house first!

About the Author
Zimra was born in Budapest and grew up in New York City. She immigrated to Israel in 1994 and for the past two decades has worked with diverse for-profit and nonprofit organizations. Currently, she serves as a resource development expert on the Civics and Shared Education team at the Center for Educational Technology (CET) in Tel Aviv. Zimra is mother to 4 children, ages 12 to 21. Inspired by her 16-year old son Amit, a lower limb amputee, she is passionate about competitive wheelchair basketball and spends much of her free time rooting for her favorite teams. Today, she and her family are living in the Negev.
Related Topics
Related Posts
Comments
Advertisement