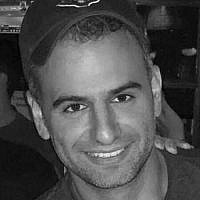 The Blogs
Benyamin Moalem
Apply for a Blog
Please note that the posts on The Blogs are contributed by third parties. The opinions, facts and any media content in them are presented solely by the authors, and neither The Times of Israel nor its partners assume any responsibility for them. Please contact us in case of abuse. In case of abuse,
Report this post.

After yet another round of elections has largely proven to be inconclusive, Israeli President Reuven Rivlin has once again, very reluctantly, awarded Prime Minister Benjamin Netanyahu the mandate to form a coalition despite Netanyahu carrying the recommendations of only 52 Knesset members, far fewer than the 61 needed to form a government.

For several reasons, not the least of which is Netanyahu’s pending trial on three counts of corruption, all the party leaders to the left of Netanyahu plus Netanyahu’s former Likud nemesis Gideon Saar’s New Hope party have all pledged not to sit in a Netanyahu-led government, significantly hampering Netanyahu’s ability to form a governing coalition. His only option to garner a majority vote would be to partner with Shas, UTJ, Betzalel Smotrich’s National Religious Party, Naftali Bennett’s Yamina Party and hope he can garner the external support of Mansour Abbas’s Ra’am Party. However, Smotrich has pledged not to sit in a coalition propped up by Abbas’s Islamist party. Unless Netanyahu can work out an arrangement agreeable to all his potential partners, Israel is likely headed for a fifth round of elections with Netanyahu mired in legal jeopardy.

While Rivlin can give Yesh Atid leader Yair Lapid the opportunity to form a government in the event Netanyahu fails, Lapid would need to bring together parties that are diametrically opposed to one another ideologically to make that happen. Staunch right wingers Bennett and Saar would have to find enough common ground with the left-wing Labor and Meretz parties to run a functioning government that might still need to rely on the unlikely support of one of the two Arab parties.

Setting aside the cost and public frustration over heading to the polls for a fifth time in just over two years, sending Israel to yet another round of elections would be far from a win for Netanyahu. If the previous four rounds have taught us anything, it would most likely end in yet another deadlock in which case Benny Gantz would become prime minister of the transitional government in November 2021 per the terms of last year’s coalition agreement between the Likud and the Blue and White parties. For the first time in over twelve years, Netanyahu would no longer be in the driver’s seat he so desperately wants to control.

Like Netanyahu, Naftali Bennett is also at a political crossroads. Bennett entered politics before the 2013 election with the eventual goal of becoming prime minister.  However, sensing his ambition, Netanyahu prevented Bennett from joining the Likud party, forcing him to settle for the leadership of the Jewish Home party. Bennett galvanized its base leading it to twelve seats in the 2013 election. His success was short-lived though, as the party fell to eight seats following the 2015 election.  Realizing that he cannot make the jump to the premiership as chair of the Jewish Home Party, Bennett established The New Right Party but stunningly failed to cross the election threshold in the April 2019 election.  Bennett teamed up again with the Jewish Home and National Union parties to establish Yamina and rebounded with seven seats following the September 2019 election, even fulfilling his dream of becoming defense minister for a brief period.  But, after polling at over 20 seats early in the 2021 campaign and declaring his candidacy for prime minister, he finished with only seven seats.

Nevertheless, despite his disappointing showing in this most recent campaign, Bennett still stands in an unusual position of power for the leader of a party with a mere seven seats. In exchange for his agreement not to sit in a coalition with Netanyahu, Yair Lapid has offered Bennett the opportunity to serve as prime minister first in a rotational government should Lapid successfully form a coalition, which is unheard of for a leader of such a small party. Likewise, Bennett could demand both the defense and finance portfolios from Netanyahu should Netanyahu succeed in forming a government.

Despite these seemingly great options, Bennett is in somewhat of a lose-lose situation.  While he is within grasp of his lifelong ambition to be prime minister, it would come with a significant cost. Heading a government with ardent left-wing partners would hamper his ability to carry out his agenda and would likely harm his standing within his right-wing base which could permanently damage his political career. On the other hand, joining Netanyahu may mean giving up a chance to get his dream job. Netanyahu has been very successful in sidelining adversaries and challengers in the past and would undoubtedly do whatever he can to undermine Bennett should he partner with him.  Finally, it is important to note that neither one of these options are a guarantee for Bennett as Yamina alone cannot guarantee the establishment of either government.  After vowing not to sit in a government headed by Lapid, throwing his support towards a rotational government with Lapid could be devastating to his political career especially if such a coalition never even materializes.

Despite the ongoing political impasse making a fifth election seem all but a certainty, the timing of this election provides a unique opportunity for Netanyahu to honorably step aside and clear the way for a successor by running for president (Rivlin’s seven-year term ends this July).  Because enough of his political opponents would be more than happy to get him out of his current office, even if it means bestowing upon him the honor of the presidency, Netanyahu would probably win the election should he agree to contend.

Netanyahu has reportedly already offered to have his Likud party absorb Bennett’s Yamina party in exchange for Bennett joining his coalition.  Bennett and Yamina could join Likud and once Netanyahu is assured his efforts to form a government will fail, he may have little choice but to settle for the presidency.  Having been absorbed into the Likud party, Netanyahu’s aspiring rival could then contend for the leadership of the Likud party against other presumptive candidates such as Yisrael Katz, Nir Barkat and Yuli Edelstein. Netanyahu would remain in office until his presidential term begins at which point the new Likud party leader would take over as prime minister.

With Netanyahu out of the way as President-elect, ending the two-year political deadlock will be easy. It stands to reason that Gideon Saar would eventually attempt to rejoin the Likud especially given his poor showing in the recent election and Benny Gantz would presumably be willing to sit in a Likud government led by someone other than Netanyahu.

While Netanyahu has repeatedly said that he is not interested in being president, this might be his only way to virtuously step aside and end Israel’s years-long political stalemate. Additionally, and significantly for him, Israel’s Basic Law governing the Office of the President provides the president with legal immunity for the duration of their term. Although it is far from ideal to elect a president who is under indictment for corruption, Netanyahu is revered by half the Israeli populace and Israel badly needs a way out of its political gridlock. Making Netanyahu president gets him out of the way, so to speak, and allows Israel to go back to a semblance of political normalcy.

As for Naftali Bennett, this gives him a way out of his predicament as well.  While he is far from a lock to win a Likud leadership primary, Netanyahu’s departure will create an enormous power vacuum within the Likud and such an arrangement positions Bennett well within Israel’s largest party for a future run at the premiership which would likely be a lot more stable and politically viable than the possibility of heading a rotation government with Lapid and the left-wing parties.

Although it may seem that the presidency is Netanyahu’s best and perhaps only option to respectfully bow out and spare the Israeli electorate a fifth election in two years, he is a political master and quite possibly has yet another trick up his sleeve to remain in power.

I wouldn’t put it past him.

About the Author
Born and raised in Chicago. Lived in Israel and worked as a foreign law clerk for the deputy Chief Justice of the Supreme Court of Israel. Now an attorney based in Chicago and New York.
Related Topics
Related Posts
Comments