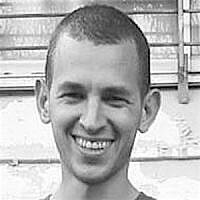 The Blogs
Jason Silverman
Apply for a Blog
Advertisement
Please note that the posts on The Blogs are contributed by third parties. The opinions, facts and any media content in them are presented solely by the authors, and neither The Times of Israel nor its partners assume any responsibility for them. Please contact us in case of abuse. In case of abuse,
Report this post.

Bibi and Erdogon’s verbal exchanges throughout the last week explain it all. They essentially lay out in the open the absolute dichotomous ways through which viewing the Israeli-Palestinian conflict has become the norm. The harsh words were expressed in the background of the “March of Return” protests that have been taking place every Friday in Gaza near the border with Israel and are expected to continue until Israel’s Independence Day and the Palestinians’ Nakba Day.

Last week’s protest (March 30) resulted in the deaths of 16 Palestinians and 9 others this week (April 6), according to Israeli sources. The Israel Defense Force’s response of using live fire on protesters nearing the border received an outcry of harsh criticisms throughout the international community, including a call by the General-Secretary of the UN, Antonio Guterres, to immediately open an investigation upon the circumstances surrounding the deaths of the Gazan protesters.

Also heard in this outcry were the echoes of Turkish President, Recap Tayyip Erdogan, from the domains of Twitter calling Benjamin Netanyahu a “terrorist” and “occupier,” and that Israel implements state terror. The Israeli PM responded exclaiming that he would not receive a lesson on morality from someone who is killing innocent civilians in Afrin, the Kurdish town in which Turkish and Kurdish forces have been embattled for the past few months. The exchange concluded with a response from Ankara stating that the Kurds he is fighting are “terrorists,” whereas the protesters in Gaza are not.

It’s not new that one person’s terrorist is another’s freedom fighter, or perhaps, innocent civilian. Moreover, voices from within Israel have in the past called for policy recognizing the Kurdish people’s national aspiration for their own nation-state, while at the same time voices are heard around the world recognizing Hamas and Palestinian individuals that have engaged in terrorist activity in the past as freedom fighters simply implementing legitimate resistance to the Israeli occupation. There seems to rarely be a middle ground or grey area. Instead, the conflict is viewed from within a prism of an absolute dichotomy of freedom fighter or terrorist; occupied or occupier; legitimate resistance or terror; self-defense or state terror.

This dichotomic understanding reflects the stark polarization of reactions to the IDF’s response to the Land Day protests in Gaza and, in my opinion, the conflict in general. The Israeli army appears to be perceived as either Gidon Levi’s, “Israel’s Massacre Forces,” or a holy military force without fault and with no room for criticism. We like to sweep under the rug the things we don’t want the general public to see in fear that it might delegitimize our respective cause, or that it might provide publicity ammo for the “enemy,” or the other side.

As Israelis, especially those that proudly serve in the IDF and identify themselves as Zionists such as myself, it’s extremely uncomfortable and heartbreaking seeing a Palestinian protester being shot in the back as he’s running towards the opposite direction of the border fence. No less discomforting and saddening is it seeing a Palestinian wearing a very clear and visible press vest shot dead.

I assume and hope that for Palestinians similar feelings arise when seeing a swastika fixated between two of one of the strongest identity markers for the Palestinian identity – their national flag. Such an image can only be interpreted as acutely anti-Semitic – anti-Jewish and not anti-Israeli – and implants dark images in the Jewish psyche of one of the greatest atrocities that has befallen mankind, and the worst for the Jewish people – the Holocaust. Additionally, it should be disheartening to see the four Hamas members armed with rifles approach the border with the intention of infiltrating in order to carry out an attack. Moreover, that ten of the protesters killed last week were active members of Hamas militant faction. All of this is an abuse of a legitimate demonstration by a suffering population and a grossly opportunistic political maneuver of Hamas.

What we both like to do, however, is ignore these uncomfortable facts. We like to sweep them under the rug and pretend like the only facts that exist are the ones that favor our respective narrative. This only continues to fan the blazing flames of the conflict and prolong its detrimental effects even more. This way of approaching the conflict only prevents finding common ground and stints potential progress. We must recognize a common humanity and criticize where and when it is needed. It’s imperative to be capable of looking beyond our ideological biases because their suffering starkly negates our interests, as does ours theirs, as suffering leads to despair and continued violence.

About the Author
Jason Silverman holds a BA in Middle East Studies and Hebrew from the Ohio State University. Originally from Columbus, Ohio, Jason decided to make Aliyah in August, 2014 and served in the IDF as a tank commander. He currently resides in Jerusalem and is a graduate student in International Relations at Hebrew University.
Related Topics
Related Posts
Jason Silverman
Comments