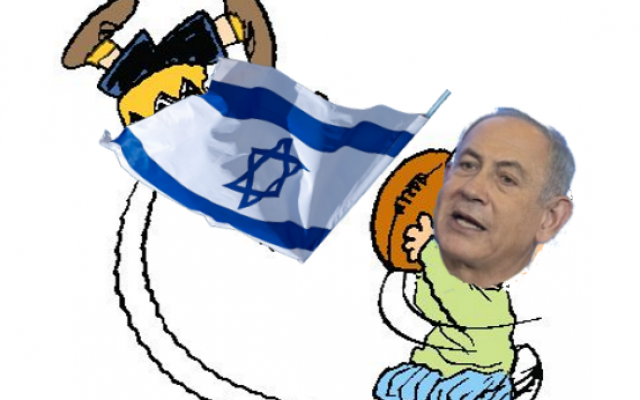 When the election results showed that Bibi Netanyahu would be able to make a right-wing coalition of 64 seats, most of my friends were overjoyed. In absolute rapture. It was a dream come true. The only ones who were unhappy were those few friends I have remaining on the left. And I’ll admit it; for a fleeting moment, I was also happy.

I immediately started annoying my friends by telling them that either Bibi would form a unity government with the left, or that if they were stubborn enough to refuse, he’d allow us to go to another round of elections.

When the Americans started pushing back on the idea of Bezalel Smotrich getting the Defense Ministry, it was obvious that Bibi wasn’t going to give that to him. When the idea was raised of splitting responsibility for Judea and Samaria off from the Defense Ministry and giving that to him, I laughed. That’s precisely the part that the Americans don’t want him to have. They’d be more willing to accept him having the Defense Ministry if it didn’t include responsibility for Judea and Samaria. But none of my friends laughed with me. They’re all lost in a triumphant haze of “This time, we might actually get a government that acts for the welfare of the Jews in this country. This time, we might actually get a sane government.” I can imagine Bibi smiling as he watches them falling for it, like Charlie Brown falling for Lucy’s little football trick.

When he signed an agreement putting Ben Gvir in charge of the soldiers in Hevron, I thought that would give it away. Bibi Netanyahu would never even consider such a thing. And if anyone actually thought about it, they’d realize that. He cares far too much about what other countries think of us. But no, my friends just got happier and happier.

But when he agreed to put Avi Maoz of Noam in charge of Nativ, the organization that provides quickie “conversions” to Russian and Ukrainian non-Jewish olim, I couldn’t just let that pass. I understand the left thinking that he’d do such a thing. After all, the left calls Bibi a radical right winger (!). But how dumb do you have to be, if you’re on the right, to believe anything of the sort?

Bibi understands Goodkind’s Law: “People can be made to believe anything, either because they want it to be true or because they’re afraid it might be true.” He’s using these agreements to pacify the right and to prime the left to be willing to form a unity government with him. I won’t be at all surprised if he agrees to put Aryeh Deri in charge of the Treasury and UTJ in charge of the Transportation Ministry. It is all maneuvering. And no one maneuvers politically like Bibi.

In the end, we’re going to wind up with a unity government or new elections. Nothing will have changed, because the only way anything can change here is either for the worse, with a left wing government, or for the better, with a government that’s willing to do what’s right for Israel despite the disapproval of other countries.

Bibi thinks we’re idiots. And God help us, he seems to be right.

About the Author
Lisa Liel lives in Karmiel with her family. She works as a programmer/developer, reads a lot, watches too much TV, does research in Bronze/Iron Age archaeology of the Middle East, and argues a lot on Facebook.
Related Topics
Related Posts
Lisa Liel