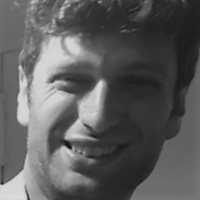 For this, we waited 2,000 years? A prime minister mired in cascading scandals. The barter of cigars for legislation, and champagne for tax breaks. A political system paralyzed by fractional coalitions and factional politics, seemingly unable to move from the back room to the front lines of imaginative statecraft. A nation, and a house (of Israel) divided across every conceivable line. In the north, the menace of a resurgent Iran amid the killing fields of Syria. In the south, Gaza remains a narrow territory dense with anger and suffering, where thwarted dreams fuel rocket launchers.

And yet, at the same time: Israel thrives. Israelis remain remarkably happy, and Israel’s diplomatic standing has never been stronger. Ties with Africa and India expand, as old enmities give way to contemporary realities. Israel and the Gulf States embrace a silent choreography to navigate an eruptively unsteady region. Bibi is welcome in Washington, and Washington acknowledges Jerusalem, as never before. The opening of the new American embassy in May will serve as a remarkable 70th birthday present for a country born in a hail of bullets, raised under a cascade of airstrikes, and growing up under skyscrapers and booming IPOs.

It is no news to find Israeli paradoxical, and to detect in its remarkable journey the pulsing of the improbable. But its multitudes should come as no surprise, because the are encoded into the desperately contradictory founding vision. Zionism spoke the language of both normalcy and exceptionalism because the problem it was trying to address demanded something more than theoretical consistency. The Jews were accused of being too European, and too foreign. They were derided as assimilationist and separatist, venal capitalist and radical communists. They were hopelessly connected by blood and not enough tied to soil. They pulled strings from London, Paris, and Berlin, and carried out obscure practices in the shtetls of Poland.

Zionism was not the first answer to these accusations. It was very nearly the last, until an even more horrible one was devised at Wansee. But it succeeded because it yoked together the new trend of European nationalism with the old news of Jewish homecoming. The result nearly matched the dream logic of the Anti-Semitism it sought to solve; the Jews would turn the sails of their national destiny to the winds of European nationalism, just as the German and French and Italian ships of state were doing. But just how radical this reformulation was to the Jewish self-understanding can be seen detected in the opposition it engendered; Bundist indignation from the left, religious aspersions of heresy from the religious right. And the Zionist camp itself was always more coalition than cohesive unit; the Altalena sank, but the waters of Zion remain turbulent and choppy.

Seen from one angle, the scandals hanging over the current Israeli government cast a considerable shadow over the bright light to the nations that Isaiah hoped for our future. But see the miracle; a people struggling to be the same as everyone else, and hopefully a little bit better. There will always be those who want the purity of protest to the slog of sovereignty. We too have a right to take our turn on the world stage, and fail and succeed in equal measure. Spend a day in Tel Aviv, and watch the sun set on the beach, and understand in your head that Israel makes no sense, and feel in your heart that it makes all the sense in the world.

About the Author
Ari holds a Ph.D. in English Literature from Harvard University, and is a J.D. candidate at Stanford Law School. His first book, This Year in Jerusalem: The Israel Novel and Why it Matters, is forthcoming from S.U.N.Y. Press.
Related Topics
Related Posts
Ari R. Hoffman
Comments