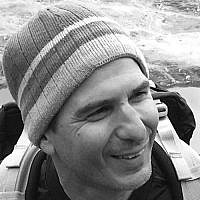 The Blogs
Erez Speiser
Getting more tourists to explore Israel by Foot
Apply for a Blog
Please note that the posts on The Blogs are contributed by third parties. The opinions, facts and any media content in them are presented solely by the authors, and neither The Times of Israel nor its partners assume any responsibility for them. Please contact us in case of abuse. In case of abuse,
Report this post.

The thin stretch of land between the shore of the Dead Sea and the Judean desert plateau is not more than 5 kilometers wide. But this corridor is the location of several of the most famous biblical and historical Jewish stories. Try to think about it as you make your way from Jericho at the northern tip of the dead sea down to Sodom at its south. 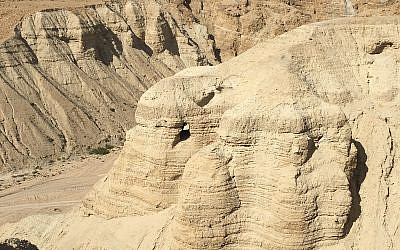 When making your way south on road 90, the first site you pass is Qumran. Qumran is not mentioned in the bible, but it is strongly connected to it as the site where the Dead Sea scrolls were discovered. The Essenes, an ancient all-male Jewish sect settled in Qumran around the 2nd century BCE. They lived a communal life and observed the rules of Moses as they were written in the Torah. In 1947, a Bedouin teenager accidentally discovered several ancient scrolls housed in jars in a cave in the wadi near Qumran. Over the next decade, archeologists found A total of 20 complete scrolls and 16,000 fragments of scriptures in the Qumran area. They manage to assemble a total of 981 manuscripts. Most of them books of the Torah (Old Testament) written in Hebrew by our ancestors. It is the 3rd oldest Torah text ever discovered. 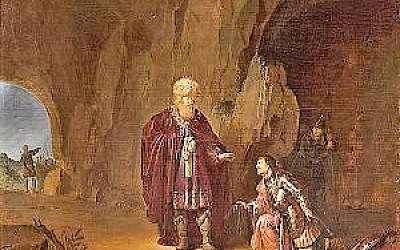 Continuing 30 kilometers down the road brings us to Ein Gedi. This is one of the top 5 most visited nature reserves in Israel. But many of the thousands of tourists visiting this marvelous oasis, are not aware that the name “Ein Gedi” is so ancient. It had been preserved since its first appearance in the book of Joshua until modern times. However, the more famous biblical story related to Ein Gedi is from the book of Samuel. The bible tells us about the chase of King Saul after the young David, who was hiding in a cave near Ein Gedi. It is also mentioned in the books of Ezekiel, Chronicles, and Songs of Solomon. 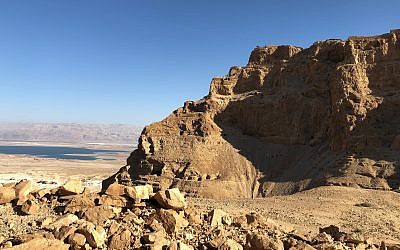 Driving another 15 minutes south, and we are beneath the Masada fortress. It is for sure one of the most well-known sites in the world related to ancient Jewish history. It is commonly known to most people as the Herodian palace, where Jewish rebels barricaded themselves until the inevitable tragic end. However, according to Josephus, Jewish presence at Masada began 100 years earlier during the Hasmonean period. 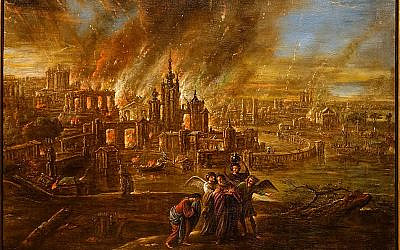 Near the southern tip of the Dead-Sea rises one of the most fascinating natural phenomena in the area – Mount Sodom. The mountain is composed of 80% salt, capped by a thin layer of limestone and clay. It rises 260 meters above the Dead Sea and creates a unique landscape scenery of bright white soil penetrated by winding crevices. It is perforated with about 150 salt caves, the largest concentration of salt caves on the planet. The Colonel cave was recently declared officially as the longest salt cave on earth. However, the fame of the mountain comes not only from its geological features. It is the setting for the Biblical Story of the destruction of Sodom and Gomorrah. (Genesis 18-19). The story is rooted deep in the human culture (Not just Jewish) as the symbol of sins and Destruction. One can understand that when Standing on the summit of Mount Sodom and looking at the harsh and arid landscape that surrounds it.

About the Author
Erez Speiser, born 1966 in Israel lives in Rakefet in the Galilee. By education a mechanical engineer. For the last decade he holds a marketing position in a multinational metal cutting tools company. Erez is passionate about nature and the outdoors, enjoys hiking, mountain biking & surfing. Erez loves Israel and tries to promote hiking tourism in the country. He is the founder & manager of www.hike-israel.com
Related Topics
Related Posts
Comments