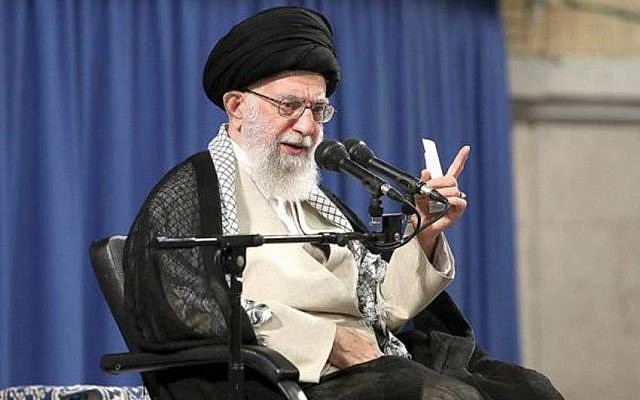 0ne of the pressing issues that Joe Biden will face when he becomes president is what to do about the Iran nuke deal. (JCPOA) At one of the early debates, the many people who were attempting to win the Democratic nomination for president were asked whether, if elected, they would re-enter the JCPOA, a deal into which the United States had entered under Barack Obama.  All of the candidates, including Biden, raised their hands indicating that they would. Since then, Trump has been imposing ever-more severe sanctions on Iran.

Over a year after the debate referenced above, Biden will become President. Once he is sworn in, he will actually have to deal with the problem. A lot has changed in a year, as has Biden’s position. He has now made re-entering the deal conditional on Iran agreeing to re-negotiate the deal.

The second major inducement for Iran to enter the deal was relief from sanctions. While Trump has reimposed American sanctions, the truth is that even before Trump pulled out of the Iran nuke deal, the amount of European investment in Iran had been very disappointing to Iran. The result is that the removal of Trump’s sanctions is much less of an incentive for Iran to modify its behavior than were the removal of the original sanctions. Moreover, Iran and China  have negotiated  an enormous deal under which over 25 years, China will pay Iran $400 Billion in addition to other incentives. While Iran has approved the deal, so far, China has not. It may not do so.

Another incentive for Iran to enter into the original deal was to require that the United Nations Security Council agree to loosen the restrictions on Iran’s ability to build a new generation of missiles. It did so. Iran has taken full advantage of that change, developing a new generation of missiles. These missiles can reach Israel and land within a few meters of the intended target

The original deal also gave Iran the right to develop a new generation of centrifuges, the key to enriching uranium quickly. Iran has taken advantage of that loophole and developed a new generation of centrifuges.   Ever since the United States pulled out of the Iran nuke deal, Iran has been enriching uranium in amounts in excess of the amount permitted under the deal. The U.N.’s IAEA reports  that Iran has  enrich ed uranium to a purity of up to 4.5%, higher than the 3.67% allowed under the JCPOA

According to reports, Iran now has enough such uranium to be able to build a nuclear bomb in a matter of months. Biden has said that one of the conditions of modifying the Iran deal would be Iran’s full compliance with the original deal. That would require Iran to greatly reduce the amount of enriched uranium it already has. That seems like wishful thinking.

The Trump theory of imposing sanctions on Iran is that it will bring Iran to the negotiating table. That hasn’t worked so far, and there is no reason to believe that it will work in the future. Becoming a nuclear military power seems much more important to Iran than the burden the American sanctions impose on Iran’s economy.

Biden’s original position on renegotiating the Iran nuke deal was a campaign promise. It served to placate the Democrats who supported the original Iran deal while presenting Biden as a candidate who was tough enough to deal with Iran. There is often a huge difference between a campaign promise and reality. Once he is president, Biden will have to deal with reality. In this case, the reality is that Iran has little incentive to modify the deal.