So the new American president hasn’t called Israeli Prime Minister Benjamin Netanyahu yet. The horror of horrors. Insult of insults. Seriously, many Israelis are all bent out of shape about this. As if Israel is the center of the world, and President Biden should just drop everything and call Bibi.

That’s even ignoring the resounding slap in the face Bibi gave President Obama by addressing Congress to oppose the Iran deal, at a time when the deal was done.

But maybe, just maybe, the US is acknowledging reality. That, after all, is the main achievement of the Trump era — moving the US Embassy to Jerusalem, publishing a peace plan recognizing that main Israeli settlement blocs in the West Bank are there to stay.

I wrote this article in 2013, aimed at then-US Secretary of State John Kerry. It still holds, and symbolically, Kerry is back, but in a climate position, not the State Department.

Is That A Fact?

“Because he can” is the second line of a somewhat raunchy two-liner about a dog’s capabilities. First-line supplied on request.

What does that have to do with the renewed efforts toward a peace agreement between Israel and the Palestinians?

At first glance, not much.

U.S. Secretary of State John Kerry has traveled to the region six times in his first eight months in office. At this rate, he might break the record of George W. Bush’s top diplomat, Condoleezza Rice. She was here so often that I joked about making her pay Israeli taxes.

The main difference is the circumstances. Rice was here to promote Mideast peace talks. Kerry was here to restart Israeli-Palestinian talks. 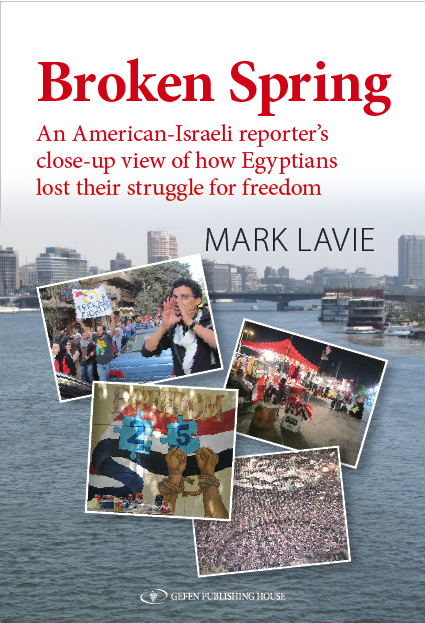 If it was not evident before, as it should have been for decades, now it’s clear that negotiations between Israel and the Palestinians are not “Mideast peace talks.”

For all those decades, Arab leaders, joined by many in the West, bought the line that if we can just solve that tiny little problem between Israel and the Palestinians, the Middle East will be on its way to peace and quiet.

It actually might have been true, to some extent, as late as 1979, when Egypt and Israel signed the two-part Camp David accord. The first part was the peace treaty. The second was a blueprint for solving the Israel-Palestinian conflict. Neither side was the least bit enthusiastic about the formula, and it died a quiet death. It left Egypt hanging alone in the Arab world, a peace treaty with Israel but no second chapter.

That reinforced the already strong notion that Israel was the problem. Its occupation of the West Bank and Gaza was a thorn in the side of the Arab world that must be removed, and then everything would work itself out.

So the world — Arab and Western — started paying completely disproportionate attention to a conflict that, empirically speaking, is among the smaller crises the world faces. While several thousand Israelis and Palestinians were killed in two rounds of violence over two decades, anywhere from 300,000 to 1 million people died in Darfur over a similar period, but activists struggled and failed to persuade the world to care about that cruel conflict in Sudan.

The results of the Arab Spring uprisings have made it obvious how this all fits together — or doesn’t.

In Syria, more than 100,000 people have been killed in a civil war that has been marred by massacres and abuses on both sides. Several million Syrians have been driven from their homes. More than a million are refugees in neighboring countries.

Libya has descended into chaos. Tunisia is headed that way.

Egypt’s military is back in charge after the Muslim Brotherhood government of President Mohammed Morsi made all the possible mistakes and didn’t even come close to improving a critical economic situation that even a good government might not be able to fix.

From the beginning, the U.S. administration could seemingly do nothing right. It backed the discredited regime of Egypt’s Hosni Mubarak until it was overthrown, and then forged tentative ties with Morsi’s regime, sparking outcry from all sides. It followed the lead of Europe in the Libyan civil war, drawing criticism of its lack of leadership. It dithered and stalled over Syria, fending off strident calls from the interventionists to arm the rebels or even blast President Bashar Assad’s strongholds with cruise missiles.

There’s a reason for all that. Many Americans don’t like to consider it, because they still believe that not only can American military power correct the ills of the world; but also, it is a kind of sacred American duty.

The reality is that the U.S. no longer has the political clout in this part of the world that it once had. The last of it was lost in Iraq, when Bush sent in his army to depose a dictator, claiming falsely that he had stockpiles of weapons of mass destruction.

The U.S. fought its way through Iraq, alienating practically everyone in Iraq and infuriating the Arab world. By the time President Barack Obama pulled the last of the combat troops out, America was what my university logic professor called a “reliable anti-authority.” In this case, it means whatever the Americans try to do in this region will backfire.

So the only way the U.S. can realistically involve itself in the post-Arab Spring Middle East is by what its critics disparage as “leading from the rear.” That means maintaining contacts with regimes, opening lines of communication with rebels, and trying to influence policy, but gently and quietly. Anything beyond that is counter-productive.

Except when it comes to Israel and the Palestinians.

Kerry is welcomed by both sides. Both have reasons to accommodate U.S. desires. It took him six trips, but he got the talks restarted. A rare victory.

Of course, unless the U.S. plans to impose a solution, the talks themselves will go nowhere.

Even the consistently superficial Israeli-Arab columnist Sayed Kashua pointed out that Kerry has only managed to bring back the same negotiators who have failed again and again. The last time was in 2008, when Israel offered a Palestinian state in the equivalent of all of the West Bank, plus Gaza and the Arab neighborhoods of Jerusalem, yet that did not produce a peace accord. Other issues scuttled the talks, as they have before — Jerusalem, refugees and the like.

It’s unlikely that a similar offer will emerge from the current talks.

Never mind. It’s clear that the U.S. has no hope of significantly shaping the immediate future anywhere else in this region.

So why, when there are real issues and real problems in the Mideast, does John Kerry spend so much time restarting Israeli-Palestinian talks that are practically guaranteed to fail?