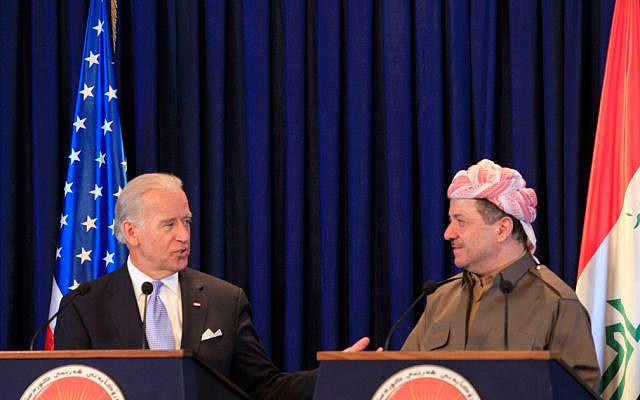 Firstly the Kurdish issue. Understandably, they feel let down by American actions last year, however there is still the potential to foster a close alliance with them. America must play carrot and stick, offering greater support for the Self Administration but demand they cut all links and ties to the PKK. A stable, unified and autonomous Kurdish nation is potentially a silver lining of the very dark cloud of violence in Iraq and Syria over the past decade.

An independent Kurdistan would act as a bulwark against Turkish and the Iranian regime, likely forming close parntership with the alliance already blossoming between the Gulf and Israel. Simultaneously the new administration would be able to also curb Russian inflience in the region without a large American troop presence in the region through a strong Kurdish state.

Secondly, countering the narrative of political Islam across the region should be a major strand of American Middle East policy. Obama sought an accommodation with groups such as the Muslim Brotherhood, failing to recognize the harder line, undemocratic societies they sought to implement. Trump has gone some way to rectify this, however his admiration of the increasingly Islamist Erdogan shows there is a considerable way to go. Biden or Trump should therefore make repudiating the damaging impacts of Islamism a top priority of their Middle East policy.

In this respect, Biden arguably recognizes the threat Erdogan and his ideology poses better than his opponent, who has shown a penchant for courting autocratic leaders. The former has labeled him an autocrat and called on them to recommit to their NATO commitments in light of closer partnership with Russia and aggression in the Eastern Mediterranean and Libya.

About the Author
Michael Arizanti is a debater born in the Netherlands, raised in Norway but now living in Sweden. In Sweden he has been an important part of the debate on how to deal with violence-promoting extremism, and how to fight honor-related violence and oppression. Nowadays he has more focus on human rights and the Kurdish issue.
Related Topics
Related Posts
Comments
Advertisement