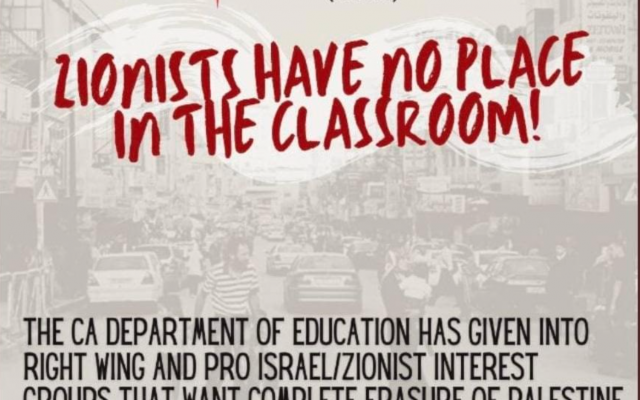 I stand against our stories and experiences being reduced and dimmed and placed into an ethno-convenient box, only to be taken out to be used for someone’s political propagandist movement disguised as social justice. It is possible that both the 1619 Project and the 1776 curriculum miss important facts that European and Arab imperialism played major roles in the enslavement of Black Africans.

As a descendant of Black Africans who were kidnapped, bought, and sold into chattel slavery, I believe an accurate curriculum is needed… one that does not gloss over how both Europeans and Arabs enslaved Black Africans, in order to add to the respective imperial coffers through the most indecent exploitation of Black bodies. Unfortunately, the original draft of the Ethnic Studies Model Curriculum (ESMC) fails to do this—instead, it purposefully excludes individuals who have been vital to Black American studies.

What started over a year and a half ago, advocating for the removal of divisive, bigoted, anti-Semitic language from an ESMC that was originally drafted with obvious political motivation, has been largely successful. Various groups, from Stand With Us, the Anti-Defamation League, JIMENA, JCRC, and numerous others, including individual community members united to take a stand against bigotry being state-sanctioned as curriculum.

The success of these efforts is evident by the current demand by those who were advocating for indoctrinating California’s students with racism asking for their names to be removed from the current third draft of the curriculum. The changes made, removing bigotry and including groups excluded from the original draft, do not fit the political narrative that the original authors tried to get implemented.

This is a big win for those of us who wish for students to be provided access to knowledge that is constructive and inclusive. However, because there is no requirement that school districts adopt the most recent draft, we cannot be complacent. School districts can adopt the original draft of the ESMC, effectively erasing all of the work that so many have done. In fact, many districts have already committed to using the original draft, which upholds BDS as a positive example of a social movement and includes individuals who were/are openly bigoted as examples of s/heroes.

It is essential that students are taught the diverse stories and histories that make up the fabric of American culture and society. The student body in California is one of the most diverse groups of students in the world. Students should see representation from their respective communities within the curriculum. And it should be noted, that teaching ethnic studies will at times, be uncomfortable. That does not mean that educators should shy away from the conversation, quite the opposite. It is the responsibility of educators to provide an environment where uncomfortable material is questioned and discussed in a constructive manner that fosters critical and analytical thinking, not one where political propaganda is peddled to suit the motivations of adults. I believe that we need to keep students at the center of this movement and demand that the California school board and individual school districts reject hate.