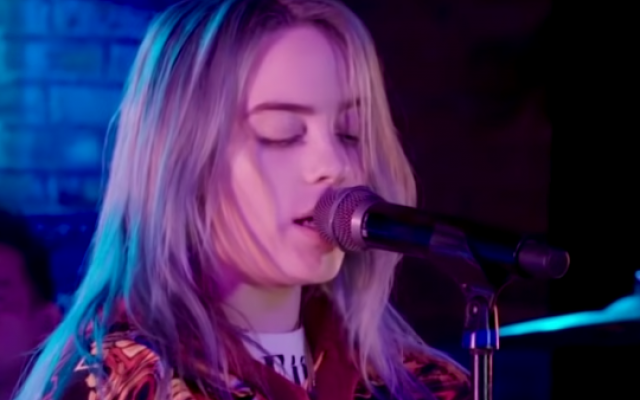 Billie Eilish performing on MTV in 2019. (MTV International, via Wikipedia)

And the third is that it exposed her to harmful images that did her mind harm.

Try as we might, we parents just don’t have the technical skills to shield our children from all terabytes of harmful pornographic images that are available at the click of a link. Our kids can run circles around us when it comes to programs that are supposed to limit content.

Worse, we don’t know how to speak to our kids about the effects of pornography because it’s such an inherently uncomfortable topic. So life goes on, with all these debilitating images, until someone decides to speak out.

Furthermore, the laws of modesty, which apply even in marriage, mean that a man will often have to steal peeks at his wife to see her nakedness, thereby catering the human voyeuristic need.

We can do better.

In the Torah, the first woman, Eve, is described as being possessed of unrequited desire, which led to the fall of the first couple. The desire was not the issue. That’s healthy. Rather, it was its satiation with the forbidden fruit that made it unhealthy.

The Talmud says that Joseph lusted after Potiphar’s wife as much as she did him. But because he suppressed his unkosher lust, God gave it back to him in a kosher manner when he married her daughter.

And a husband and wife who would otherwise simply be father and mother are once again transformed into a man and woman who yearn and pine for each other, and not for the exploitative images of strangers on the internet.