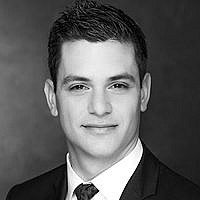 For 18 years, Birthright has been offering free trips to Israel for Jewish youth. With over 650,000 alumni and counting, co-founders Charles Bronfman and Michael Steinhardt are directly responsible for a significant rise in Jewish identity among younger generations. Upon receiving an award at the Birthright 18th Anniversary Gala this past April, philanthropists Sheldon and Miriam Adelson spoke of their desire to provide all Jewish youth with an opportunity to visit Israel, regardless of socioeconomic status. It is this idea that forms the backbone of Birthright. Unlike in past generations, Israel has become accessible to all who desire to go.

Recently, Birthright has found itself the target of the far left fringe group IfNotNow (INN). INN has falsely accused Birthright of being politically driven by the right, encouraged its boycott, and is now harassing participants at their airports of departure about the “occupation”. Two weeks ago, five girls left their trip in protest, failing to understand the point of birthright while ruining the opportunity for their peers.

Birthright itself is exactly what it claims to be – apolitical. As an organization, it is pro-Zionist, anti-boycott, and supportive of Israel’s right to exist. Beyond those basic principles, anyone expecting Birthright to take a stance on complex issues is being intellectually dishonest.

With founders and donors on both the left and the right of the political spectrum, Birthright strives to be inoffensive, almost to a fault. This comes from a high level of respect for the individual participant. While some may want to learn more about religion, others may not. While some may want to learn more about Israeli politics, others may not. With only ten days to explore as much of Israel and Judaism as possible, Birthright aims to provide participants with a broad foundation, and hopes that young Jews will choose to continue their journey on their own terms. Birthright’s overwhelming success comes from a basic belief that no individual’s desires should come before respecting the group. This enables all to feel welcome, without being pressured by staff or fellow participants.

What is being misunderstood by many people who have not had the privilege of being on multiple Birthright trips is that the organization does not determine the success of a trip. That is dependent on the tour guides, the staff (madrichim), the individual participants, and the Israeli soldiers who join the group (mifgash). Each trip unfolds organically with unique results based on the interactions they have amongst themselves. This includes how they view themselves and their Jewish identities, how they open up to each other, and how they deal with any adversity on the trip. By attempting to control the thought process of the participants before they have the opportunity to experience Israel for themselves, INN is disrespecting the spirit of the trip, tainting a one in a lifetime opportunity for others..

If Birthright was right wing as groups like INN suggest, then the trips would be spending as much time at the grave of Ze’ev Jabotinsky as they do at the grave of Theodor Herzl. They would include a visit to the burial site of Menachem Begin at the Mount of Olives just as they do the burial site of David Ben-Gurion in Sde Boker. The tour guide would delve into revisionist philosophy and the history of the Jewish Underground. These things don’t happen because Birthright remains apolitical as advertised. If asked to take an exit exam on the history of Israel’s political right, Birthright participants would fail with flying colors. Young people are quick to recognize propaganda, and injecting bias would ruin their Birthright experience.

In the half hour video posted by the five girls who left their Birthright trip a day early in order to join the far left group Breaking the Silence in Hebron, one of the participants, Sophie Lasoff tells the camera, “Birthright’s telling a one-sided story, and it’s not fair…but it feels important and it feels like a sacrifice worth taking.”. She goes on to say that Birthright “spun things in a way that we felt were extremely biased. We feel like this education has not been what we were looking for.” The implication here is that in Sophie’s mind, there are just two sides to consider: Birthright and the occupation. This of course ignores the complex reality of the many sides in involved. It also emphasizes the mentality of INN supporters who demand that Birthright conforms to their politics. Why did they go on a trip they know does not focus on the sole topic they’re interested in – the occupation?

Sophie’s complaint is laden with “feels”. Because she “feels” that things should be done the way she envisions it, she demands it from the trip’s experts. She “feels” that things should be done differently rather than experiencing the trip she signed up for. Never having been to Israel before, INN supporters miss out on opportunities due to preconceived notions that drive their emotions. Hypocritically, they advise others to boycott the trip that they took advantage of.

Perhaps the trip should have taken them to the Gazan Border and walked through the 7,400 acres of scorched Israeli fields, burned by “peaceful protesters”.

Perhaps the trip should have walked down the Golan Heights and visited the Syrians flocking to Israel for assistance.

Perhaps the trip should have walked the path in Jaffa where in March of 2016 Taylor Force was stabbed to death by a terrorist.

Perhaps the trip should have visited Kiryat Arba, where in June of 2016, thirteen year old Hallel Jaffa Ariel was stabbed to death by a terrorist while sleeping in her bed.

Perhaps instead of spending time at the beach in Tel Aviv, the trip should have visited the former nightclub the Dolphinarium where a suicide bomber killed 21 people in June of 2001.

Perhaps instead of spending a night walking through Ben Yehuda Street in Jerusalem, the trip should have discussed the Sbarro suicide bombing that claimed the lives of 15 people ages 2 to 62 in September of 2001.

But heartbreaking tragedies are not the focus of Birthright. Internalizing the pain of the Israeli people is not the reason why 650,000 have traveled with Birthright, and neither is “the occupation”.

Sophie’s fellow participant Bethany Zaiman announced on the tour bus microphone that “like a lot of you, I came on this trip to be in a community with fellow Jewish youth and to learn”. If that were the case and these five girls came for those reasons, then why did they document their departure, filming the entire event the way one would capture a flash mob? How can they claim to have signed up for Birthright with an open mind and an interest in learning when we can see from their public Facebook profiles a consistent mockery of the trip? Two days before leaving, fellow walk-out star Danielle Raskin posted a picture with a camel while holding a sign saying “end the occupation”.

If these girls did not plan their departure with disrespect and an agenda, then why narrate the event and ask each girl to talk into the camera? Why wait until day nine to leave in protest, when they knew going in what the trip was about?

Instead of trying to preach to fellow participants about the “occupation’s values”, maybe the girls should have tried to listen to others. For most people on Birthright, the interactions with others, especially with the Israeli mifgash, is the highlight of the trip. These Israelis come to learn about Americans and share their home and culture, yet all these girls wanted to do was ask “what about the occupation?” Imagine opening up your home to strangers, only to be met with suspicion and ridicule. Nowhere else would this be deemed appropriate. Maybe these girls prefer the theory of interaction to the practice of interaction, but their approach to Birthright not only ruined the opportunity for themselves, it selfishly forced their fellow participants to put up with them interjecting their agenda. While claiming that Birthright lacks honesty, these girls established themselves as liars through their own documentation.

Birthright is about giving Jewish youth a reason to explore their homeland and their Jewish identity, when in the past, Israel was mostly viewed from afar. The selfish motives of fringe left groups serve to stunt the growth of participants who are purely looking to connect to their culture and community in their own way. Do not let their intellectual dishonesty confuse you – their motives are clear.

While INN pretends to be the voice of fair and just criticism, it seeking to capitalize on Birthright’s success to gain a greater platform to promote its ideological opposition to Israel, and of course anything Israel does. Between Birthright and IfNotNow, it is clear which group is committed to indoctrinating Jewish youth.

About the Author
As a Jewish New Yorker trying to do his part to support Israel from the Diaspora, Jared is an advisor/ member for the B'nai Brith Youth Organization, Legion Self-Defense Program, and Fuel For Truth Advocacy Boot Camp, as well as a Birthright Madrich.
Related Topics
Related Posts
Comments