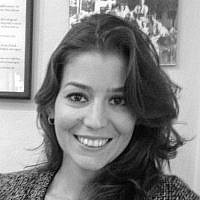 What is the definition of true love? It’s commitment. Real commitment is to be there to help in good times and in bad times.  Anyone can love the fairy tale version of Israel. The genuine test of one’s commitment is to love Israel as it is, rather than how any government would like us to see it.

July 2018 was hot in Israel: Various members of the Knesset proposed 60 separate laws including ones to restrict freedom of speech, diminish equality before the law, and dilute the right to be elected to the Knesset itself. Three bills became the object of focus: a bill aimed at the NGO Breaking the Silence, the Nation-State law, and a measure curtailing the rights of LGBT people—this last one brought 80,000 Israelis into the streets earliest this month, in the largest protest since 2011.

This summer got hotter when two groups left their Birthright trips. Nothing like this has happened before, and it drew attention in Jewish media around the globe.  Who were these young people? Spoiled brats or principled protesters? And, is it a coincidence that these two walkouts occurred in one summer?

These walkouts have been criticized widely, both inside Israel and in Jewish communities around the world. Rather than take the departed at their word—that Birthright provides a one-sided narrative rather than a balanced treatment for participants—the opponents hint at a hidden agenda: the youth distributed a video and took advantage of the generosity of the Birthright organizers.  At best, those who left have been cynically exploited by experienced Israel haters.

Moreover, the claims were that “Palestinian narratives” is not what Birthright is about. If it is understandable why young Jews might want to seek a “fuller” picture of Israel, it’s incomprehensible why they think Birthright should serve it up to them.

There have been even more provocative claims, like the following: Palestinian narratives in Israel can be summed up as Hamas rockets and mortars launched from Gaza into Israel.

I consider this rhetorical turn unfortunate. The ongoing violence, in and from Gaza, isn’t the only Palestinian narrative. The narratives of the Palestinians in Gaza and the West Bank also include poverty, overflowing sewers and substandard infrastructure, checkpoints, and millions of people without the right to vote for the political representatives who determine their fate.

Yes, Birthright is a Jewish identity trip, not a Palestinian one. Such tourism by definition contains an agenda, and not necessarily a bad one.  However, the opponents have missed something crucial at the core of the Birthright trips and the walkouts.

Although any young Jew can theoretically join this trip free of charge, let’s not pretend it is costless to leave. Those who walked out were twice brave.  First, they identified a blind spot in the program — the ongoing human rights violations against Palestinians — and they pointed it out. Second, they did so publicly and may pay a high price for acting on their beliefs.

Being left-wing and liberal in Israel and the Jewish world today is not easy.  It frequently comes with accusations of betrayal and self-hatred.  In the Jewish world, this is indeed a high price to pay.

About the Author
Rachel Shenhav-Goldberg is an academic researcher, group facilitator and an activist. She is a New Israel Fund fellow. Currently living in Canada, after spending most of her life in Israel. She has a post-doctorate from the University of Toronto, and Ph.D. from Tel Aviv University. Her research focuses on race relations in Israel and antisemitism in North-America. She has worked as a social worker in Israel and facilitated intercultural and anti-racism groups.
Related Topics
Related Posts
Comments