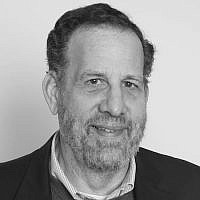 The Blogs
Leonard Saxe
Apply for a Blog
Please note that the posts on The Blogs are contributed by third parties. The opinions, facts and any media content in them are presented solely by the authors, and neither The Times of Israel nor its partners assume any responsibility for them. Please contact us in case of abuse. In case of abuse,
Report this post. 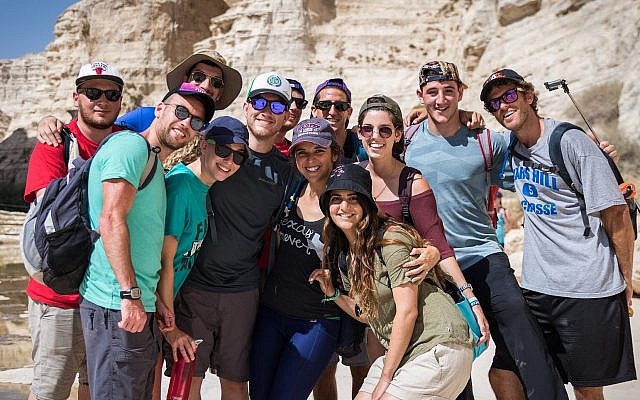 Twenty years ago, in late December 1999, an El Al flight from New York City landed at Ben Gurion Airport. Among the passengers were 40 college students – the inaugural Birthright Israel participants from the United States. Their arrival was the beginning of an experiment in Israel-Diaspora education that has transformed Jewish life in America.

Since its launch, approximately 750,000 Jewish young adults – more than 425,000 from the United States – have participated in Birthright’s ten-day educational programs. Numerous studies have demonstrated Birthright’s impact on the Jewish identity of its participants. Less appreciated is how the program is reshaping American Jewry’s demographic profile.

When Birthright was launched, there were approximately 5.5 million Jews in the United States. Today, the US Jewish population is 7.5 million individuals, a 25% increase. Birthright is not solely responsible for the growth, but the program has become emblematic of efforts to engage future generations with Jewish life.

Birthright was conceived partly as a response to assimilation and what was believed to be the devastating impact of high rates of intermarriage between Jews and non-Jews. The 1992 finding from the National Jewish Population survey that 52% of recent marriages of Jews were to non-Jews caused widespread consternation and reinforced fears of a “vanishing” American Jewry.

The timing of Birthright’s rollout proved to be impeccable. Just as it was launched, the first of the millennial generation came of age. They were the first young adults to grow up during a time when the discourse around intermarriage was shifting from disparagement to welcoming. Attitudinal shifts were in the air, but there was little evidence that the changing environment had altered disaffiliation and assimilation.

With its free “no strings attached” Israel trip, Birthright fit with the Jewish community’s welcoming approach and provided a new paradigm to inspire members of this generation to explore, and in some cases, discover their Jewish identities. Traveling in Israel with a diverse group of fellow Jews helped young adults experience being a part of a Jewish community. Over the ten days, participants had a taste of living Jewishly and what it meant to see themselves as part of the Jewish people.

The long-term impact of the program for participants is now evident. For more than a decade, my colleagues and I have followed nearly 4,000 Birthright applicants (who applied/participated from 2001-2009). Panel members are now in their late 20s to early 40s. Nearly three quarters are married and about half are parents.

The program’s long-term impact is most dramatically evident on patterns of family formation. Our latest data indicate that non-Orthodox participants are almost 50% more likely to marry a Jewish spouse than similar others who had applied but did not take part in Birthright. The program’s impact on marrying someone Jewish was evident both for those who had two Jewish parents and for those who came from homes where only one of the parents was Jewish.

Had prior demographic trends persisted, predictions of the vanishing American Jew might have been realized. A disruptive technology, in the form of Birthright Israel, altered the trajectory of engagement of a large share of Jewish young adults. As the program becomes a normative experience for young adult Jews, it continues to reshape Jewish life.

We cannot know what would have happened had Birthright Israel not been created. Evidence, however, of how it has been a catalyst to sustain the Jewish identity of a generation of young Jews is unequivocal. As the program marks its 20th year and the first progeny of Birthright alumni become eligible for the Birthright experience, the next chapter is likely to be even more interesting.