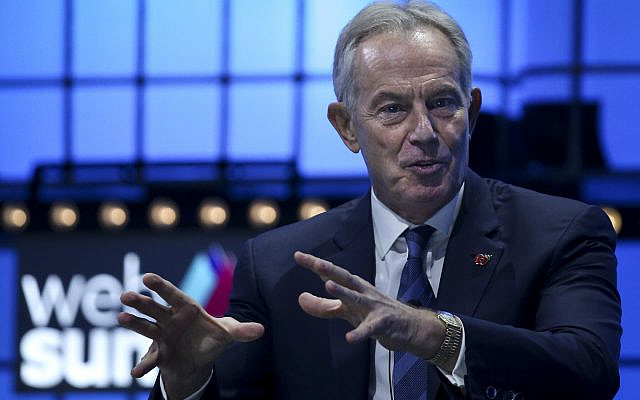 When Tony Blair was the surprise guest of honour at the Jewish News’ ‘Night of Heroes’ gala pre-Covid, he was greeted by adoring guests as a hero.

The contrasting respect for Blair as a philo-semitic Labour prime minister and what was to follow in the shape of Jeremy Corbyn – as leader of the Labour opposition – could not be greater. Blair had something about him. He has a charm and easy manner, which explains why he was elected three times in a row.

Britain’s honours system, with its gongs for failed politicians, Tory donors and Labour time servers, long has been a source of contention. Rarely a new year starts without a political row over the tax affairs of recipients or some undeserving aspect of their lives. The system survives because of its connection to monarchy and as a means of recognising sports and showbiz icons. It also serves to mark contributions to British life ranging from tireless charity workers and generous givers to unsung heroes.

The outcry over the Queen’s decision to make Blair a Companion of Honour has been exceptionally hostile. An online petition to rescind his knighthood has attracted more than one million signatures.

There has been widespread and moving testimony from the mothers of British military personnel killed in the Afghanistan and Iraq conflicts. Blair’s intervention in the cauldron of Middle Eastern politics is presented by his critics as based on no more than a willingness to kowtow to former president George W Bush and his neo-conservative advisers.

As a reporter in Washington in the months after 9/11 and in the run-up to both the Afghan and Iraq conflicts, it was hard not to be drawn into the drama. Journalists were briefed extensively first on the al-Qaeda presence in Afghanistan and Iraq’s never-found cache of weapons of mass destruction. Tthere was also widespread information on American plans to restore Iraq to normal after the war.

In much the same way as it was hard for the press to dispute the raw intelligence, it was as difficult for political leaders. It was only with the benefit of mountains of classified documents and testimony that the Chilcot Report eventually concluded that British forces joined in the assault of the Iraq war on the basis of flimsy and manipulated data.

To portray Blair’s support for Bush simply as misplaced loyalty is not correct. By the time 9/11 had come around, Blair had become convinced that interventions could make the world a better place. UK troops had made a real difference in bringing a bloody conflict in Sierra Leone to a conclusion and had been successfully deployed protecting Muslims in Bosnia as well as Kosovo citizens.

The subsequent emergence of terrible war crimes by Serbian murderers, punished in The Hague, demonstrated the necessity of those operations. To accuse Blair of war crimes simply does not bear up to scrutiny.

It is to be remembered that the Afghan intervention came with the full support of the UN Security Council. The arguments at the UN over the Iraq intervention were more finely balanced than is generally acknowledged and only narrowly blocked.

Similarly, there are questions to be asked about the original opposition to the war, including the great marches in London with huge numbers of pro-Palestinian and anti-Israel flags and emblems among the demonstrators.

But none of this is to discount the anguish felt by every parent who lost young soldiers serving in Afghanistan and Iraq. My own son lost friends, Jewish and non-Jewish, in the conflict and still meets with their families.

There is much about Blair’s post-Downing Street personal and commercial life that sticks in the craw of his detractors. Having been offered a knighthood, Blair’s better political judgment should have told him to turn it down on the grounds that it was bound to expose deep wounds.

But the portrayal of Blair as a war criminal, seeking to bolster his ego through an unholy alliance with the US, is plain wrong. 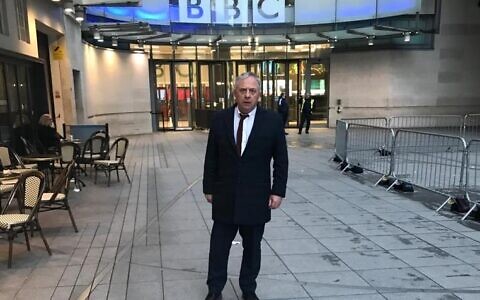 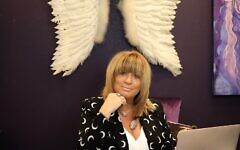 A Kosher medium with big messages for believers
Brigit Grant 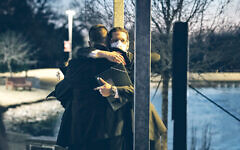 Voice of the Jewish News: Whose synagogue will it be tomorrow?
Richard Ferrer 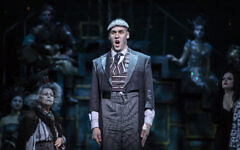 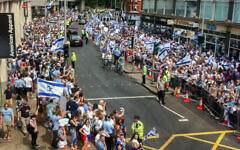 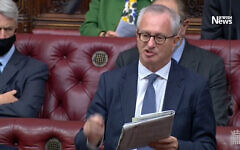