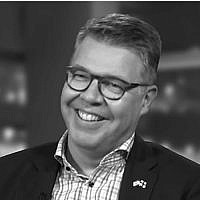 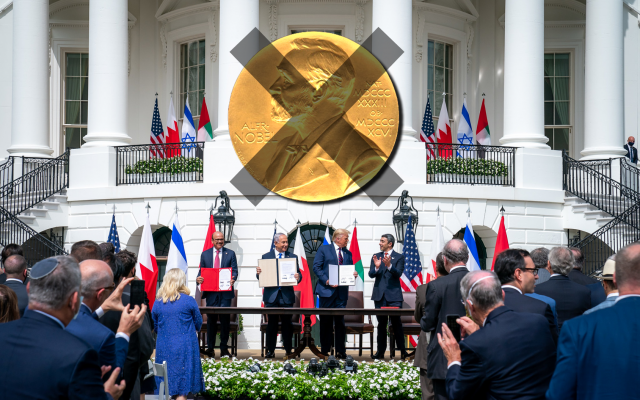 President Trump announced a new peace agreement in the Middle East on Friday, October 23rd. This time, Sudan, which has long been on the list of terrorist states, declared that it would normalize relations with Israel.

“Another peace treaty between countries that are not even at war with each other,” was one repeated comment, on social media discussion platforms, following the White House press conference. However, only one who is completely ignorant can express such sentiments in relation to Israel, the Middle East and President Trump.  In that regard, the majority of social media commentators seem to have a lock in that department.

Sudan’s role, as one of the key actors in international terrorism, has long been central to that contribution as far back as 1993 and was included in the list of states supporting terrorism per the U.S. State Department. The chief terrorist was General Omar al-Bashir, one who in 1989 rose to lead the country in a military coup and then continued to lead Sudan until 2019, when he was finally ousted and imprisoned by the army. This brutal dictator has not only been accused of terrorism but also genocide, crimes against humanity and other war crimes.

General al-Bashir’s administration was in charge of the bombings of the US embassies in Kenya and Tanzania on 7 August 1998, killing 224 people and injuring more than 4,000. In addition, Sudan was the key player in the 2000 attack on the USS Cole at the Port of Aden in Yemen, which killed 17 soldiers and injured 37.

For decades, Sudan has funded and armed Hamas in Gaza and Hezbollah in Lebanon, which carried out a number of terrorist attacks against Israel and continue to “liberate Palestine,” all in a de facto effort to destroy the Jewish state and its inhabitants.

One of the events behind Sudan’s hatred towards Israel was the Arab League meeting in its capital of Khartoum in September 1967, where Arab states and their supporters, who had been defeated and humiliated by Israel some six months earlier in the Six-Day War, came together and decided on Khartoum’s famous “Three No’s” declaration to force Israel into withdrawing from the West Bank, Sinai, Golan and Gaza territories occupied by the War of Defense. Member States decided to promote this goal through the following principles:

As part of the agreement negotiated by the White House, Sudan confessed to its terrorist acts and agreed to pay $335,000,000 in compensation to American victims, thus leading Trump to remove Sudan from the list of terrorist states. Iran, North Korea and Syria still remain on the list.

Sudan is now the third Arab and Muslim state to announce that it will normalize relations with Israel. The United Arab Emirates and Bahrain signed the Abraham Accords Agreement at the White House on September 15th, and now Sudan has announced that it will follow suit and join the same agreement. At a press conference that was held on October 22, Trump anticipated that five Arab countries would normalize their relations with Israel.

In September, President Trump managed to bring to the negotiating table two European enemies, Serbia and Kosovo, who agreed to gradually normalize their mutual economic relations and, most surprisingly, to relocate their Israeli embassies to Jerusalem.

President Trump’s accomplishments, as a peacemaker, are far superior to any of his predecessors or other heads of state since World War II. However, widespread opposition to his personality and conservative policies prevent the media and Western politicians from giving him the recognition he deserves or mentioning these historical achievements.

When President Obama received his Nobel Prize in 2009, without any achievement for peace, the world press portrayed him with an almost messianic image. From a peace perspective, however, Obama was a great disappointment, but since his character and values were pleasing to the liberal media, the Nobel Prize was seen as having been justified.

The Norwegian Nobel Committee shared the same perspective with the left-liberal press and still continues to do so. Otherwise, it would have bestowed the award upon President Trump.

This year, however, the prize was given to the World Food Program, which was a slap in the face to Trump as he has sought to reduce the role of an ineffective UN in being any kind of solution to the world’s problems. One could say that this year the Nobel Peace Prize was awarded – not for peace – but for well-functioning logistics.

I do not underestimate the work of the WFP, in any way, but the underlying fact is that President Trump will never be able to convince European and Norwegian politicians or decision-makers, regardless of what kind of peace agreement he may reach. At the heart of this problem is not Trump and his personality alone, but the Jewish State of Israel, with whom he stands.

The roots of antisemitism and anti-Zionism, which have grown for centuries, are still very firmly rooted in European soil, which is reflected in the United Nations. In their speeches, European leaders sympathize with Israel but very seldom in the votes at the UN.

What is happening in France right now is causing Europeans to get a taste of what has plagued Israel throughout its existence. But can that also bring about a change in European thinking? Sadly, I doubt it.

According to Jesus’ Sermon on the Mount, “Blessed are the Peacemakers.”

However, this doesn’t apply to Trump, does it?

About the Author
Risto Huvila, a public speaker, pianist and writer from Finland, observes European and American Middle East policies and antisemitism through evangelical lenses. As Chairman of the Federation of Finland-Israel Associations and Vice-chair of the Finnish Holocaust Remembrance Association and the March of Life Finland, he is an active advocate for Israel. Risto has authored the book The Miracle of Israel and President Truman and he frequently appears in the media.
Related Topics
Related Posts
Comments