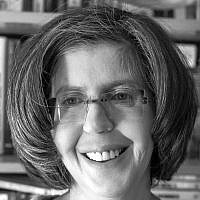 The Blogs
Sandra Cohen
Intelligent, funny, a bit weird
Apply for a Blog
Please note that the posts on The Blogs are contributed by third parties. The opinions, facts and any media content in them are presented solely by the authors, and neither The Times of Israel nor its partners assume any responsibility for them. Please contact us in case of abuse. In case of abuse,
Report this post. 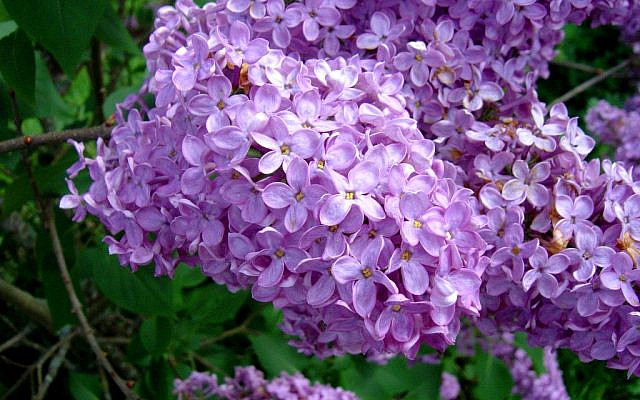 The lilacs are blooming.  White and purple flowers delicately hang on bushes, drooping over the sidewalk as I walk by, getting my daily exercise.  Their fragrance transports me back to my childhood.  While we had no lilacs in our yard when I was small, other houses did.  I remember riding my bike around the cul-de-sac, and the smell would be everywhere.  I used to pick lilacs and bring them back to my mom; she would get out vase and put them in water in the kitchen and living room.  It made me feel important that she treated the neighborhood blossoms just as she would have if I could have purchased flowers from a real store.

And despite the vast difference in climate between Minneapolis, where I grew up, and Denver, where Ben and I have lived for 26 years now, the lilacs are the same:  beautiful and fragrant.  It is I who changed.

I walk briskly around my neighborhood, in the local parks as well as up and down the streets around me.  While I usually enjoy my walk, I am doing it for exercise.  I see the early tulips and long to stop to take a picture or at least smell them, but. . . I need to keep my heart rate up, I tell myself, or I am on pace to walk 4 ½ miles in an hour, and I wouldn’t want to lose time by admiring gardens.  It is trite, but true: I literally do not stop to smell the flowers.

Not so, when I was younger. As a child, in my lilac-strewn neighborhood, I felt exalted by my freedom to explore.  On first my tricycle, and then a much-beloved bike with a colorful banana seat and a white basket, I could leave the confines of my home and my mother’s watchful eye, and explore.  There was so much to see, to do.  There was a lovely, welcoming tribe of children on our dead-end street, and, with the exception of one nasty kid and her dog (who snapped and bit and left me afraid of dogs into adulthood, until our family adopted a dog and learned to love the four-legged, fuzzy being), the kids on the block included me in all sorts of adventures.  I was one of, if not the, youngest child out there on wheels, but we played together well.  There was a large St. Bernard (is there any other kind?) named Barney; he was so gentle a small child, like myself, could almost ride him.  We rode up and down the street, up driveways and around the cul-de-sac, calling out to one another as we went.

There were games of hide-and-seek, and sometimes we would split into two “teams,” chasing each other as fast as we could pedal.  The house across the street from ours – the one with the St. Bernard – was set back from the street, with its front area thick with trees.  To my young eyes, it looked like a forest:  dark and maybe a little scary.  It was fine when we rode in groups through the woods, but when alone, I did not dare to enter.

I was an almost dreamy child, brimming with imagination.  I did not mind the times when no other kids were out playing; I liked to explore by myself, telling myself stories of adventure and mystery as I walked or rode around the block.  With other children, there were games to be played, but when I was alone, I could pretend.  Perhaps the street was really a giant moat, protecting my house from enemies; perhaps I was the fastest rider on earth, as I circled the street in my beloved purple tricycle.  I could be in charge, a princess or an explorer.  Or I could just revel in the smells and beauty of a summer’s day.

There was nowhere to be, back then: no hurry of deadlines or necessity of exercise.  While I knew I needed to be home in time for dinner, I also knew that, if I wasn’t home yet, my mom could just come out to the front yard and look for me.  The watch was hers, not mine.  Of course, I stopped to smell the flowers.  They were everywhere, including some on my own front lawn.  There were carrots and tomatoes growing as well, and it was so fun to pick veggies we had grown ourselves.  The novelty of it mattered as much as the taste of carrots born in the earth and rising up towards the sun.

And, in a way, I, too, was growing up towards the sun.  I grew taller; I moved from a trike to a bike; I was no longer afraid of Barney (although Cocoa, the nasty little dog next store frightened me until we moved away).  I was able, as I grew, to reach up to the lilacs, even the ones on bushes tall enough to be trees.  I loved the smell, and thought they were the most beautiful flower in the world.

I brought them inside house, partly to bring my mother joy.  But I also, I think, wanted to internalize the independence of being outside, alone, away from my mother’s watchful eye.

Coming and going from the important people in our lives is how we grow.  Picture a toddler, slowly learning to walk.  She may be “cruising” around the living room, using the furniture to help to stand, or just give moral support.  He may be walking well already, a bit unsteady but with confidence and purpose.  And what do they do?

They take a few steps, perhaps towards a toy or colorful magazine they would like to investigate.  And then, they look back.  Is Mama still there?  Is it safe to leave the welcoming arms of the parent and venture into the world?

At every age and every stage of growth, we move further into the world as an independent being.  We separate not just through playing outside, alone, but also by recognizing that our inner life might be different than our parents’ mind.  We may have separate interests, and discover one day (as a tween or a teen or young adult) that we know more about some things than our mothers and/or fathers.  Our emotional life may not be at all that of our folks.  we may process information differently.  We may have different feelings than a parent has.  We learn, we hope, that it is acceptable to be ourselves, that we do not have to be the same as our parents in order for us to be loveable and loved.

And so, I brought the outside world – big, sometimes frightening, often exciting – back into our home, my home base, if you will.  The lilacs smell both of adventure and of reassurance that I am not alone.

It is probably past time to return to stopping when I get to a lilac bush.  So, I go a little slower?  There is no race, after all.  It is just me, walking past the scent of my childhood.  Perhaps I can return, however briefly, to a time that was happy, when many things seemed possible.  I can stand amidst the purple and white and inhale memories.  I may be a grown woman, but returning home is still a comfort.

Besides, they smell so beautiful!