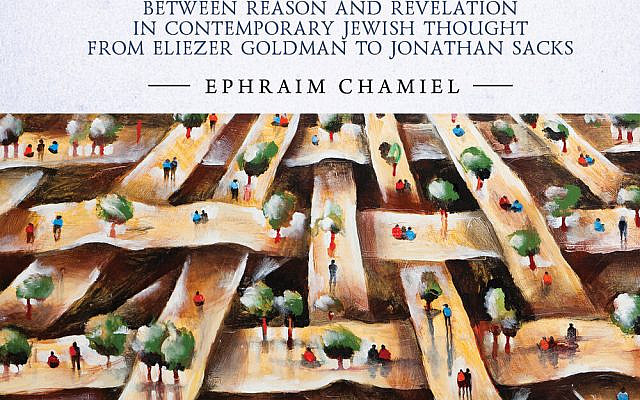 In 2004, several books by Rabbi Nosson Slifkin were banned as heretical by many very prominent rabbis. The initial Slifkin debate raged for over a year, with countless articles, blog posts, polemics, and speeches dedicated to it.

Rabbi Gil Student astutely noted that, in truth, the debate and the book ban was not really about Slifkin himself or his books. Instead, it was about the nature of science vs. rationality and science vs. modernism within the ultra-orthodox world – and how to stem that tide of modernism in these books from entering the holy camp of these very pious Jews.

In his fascinating two-part series Between Religion and Reason (Academic Studies Press), Dr. Ephraim Chamiel has written a mesmerizing work that details the never-ending tension between science and reason on one side and revelation and religion on the other. Part 1 is The Dialectical Position in Contemporary Jewish Thought from Rav Kook to Rav Shagar, with part two – The Position against Contradiction between Reason and Revelation in Contemporary Jewish Thought from Eliezer Goldman to Jonathan Sacks.

Many of the thinkers he profiles are legendary and well-known, such as The Rav, Rabbi Abraham Joshua Heschel, Rabbi Aharon Lichtenstein, and the inimitable Rabbi Jonathan Sacks. He also brings in several other scholars less well known (at least to me), such as Drs. Moshe Meir, Elchanan Shilo, Micha Goodman, and perhaps the most intriguing Rabbi Dr. Michael Abraham.

Michael Abraham is a man who can juggle the worlds of science and religion, with his Ph.D. in theoretical physics, and his Talmudic capabilities and as a professor in the Institute for Advanced Torah Studies at Bar Ilan University. He is also an editor and writer for Principles of Talmudic Logic (College Publications), which puts forward new logical systems suitable for modeling Talmudic and Biblical reasoning and argumentation.

While some of his halachic positions and approaches may push the limits of orthodoxy (at least to some), he is an extremely novel and insightful scholar. His deep knowledge of science and Talmud puts him in a league where few exist.

The chapter on Rabbi Joseph Ber Soloveitchik is particularly fascinating, as Chamiel surveys several academics who have analyzed the Rav’s philosophical approach. Perhaps the most stunning is Professor Avi Sagi, who felt that the Rav, the paradigm of Torah v’Madda, refused to accord secularism any independent value or legitimacy. Sagi contends that according to the Rav, the majestic man of modernity and Westernism is simply a sub-component of the man of faith.

Until recently, many people were bothered by the conflict and opposition between the biblical narrative and historical-scientific truth. This did not bother Rabbi Soloveitchik, as he maintained that Scripture has no interest in imparting scientific information. In speaking with those who teach in yeshiva high schools, they noted that most students no longer struggle with those perceived conflicts.

The conflict between science and religion is complex and, to a degree, intractable. While he was not a religious person, Albert Einstein’s somewhat religious observation that God does not play dice with the universe is not absolute. In fact, Dr. Michael Abraham’s book God Plays Dice details the conflict between evolution and religion and that the dice can, in fact, be random, but with someone controlling that randomness.

The only shortcoming to these books is that at $109 per volume, this important work will be out of reach for many readers.

Chamiel should be commended for putting this extraordinary work together. This is a brilliant survey of some of the brightest philosophical minds of the last 100 years. While this is an extremely challenging and profound book, it is also quite intellectually rewarding.