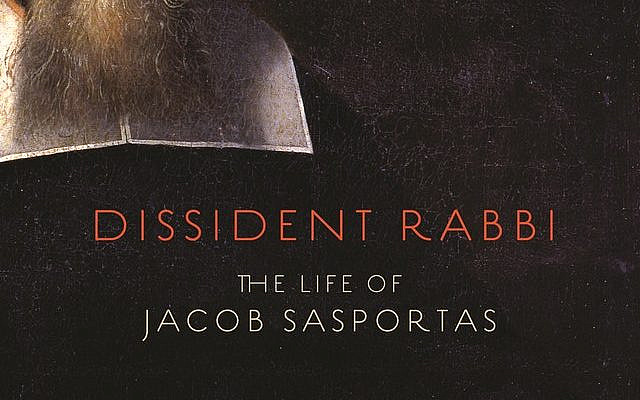 Visit a Satmar community, and perhaps a quarter of all men and boys under 40 will be named Yoel. Do the same in a Lubavitch community, and a similar amount will be named Menachem Mendel, and for the women and girls, Chaya Mushka. They name their children after leaders who left a profound influence on them.

Rabbi Jacob Sasportas (c. 1610–1698) was a kabbalist but is most prominently known as one of the primary opponents to the self-proclaimed Messiah Sabbatai Zevi and his Sabbatian movement. One of the few voices of rationality during the irrational exuberance of the Sabbatian movement, Sasportas, perhaps single-handedly saved countless people from joining the deviant movement.

While Sasportas was undoubtedly not the only one to protest against Sabbatai Zevi and the craze that lasted about 18 months, he has become the symbol of the resistance to the movement. Furthermore, those 18 months were indeed an out of control time where entire communities, including the rabbis and the congregants, joined along. People sold all of their possessions and were eagerly awaiting to join Sabbatai Zevi on his journey to Israel. To which there was but a handful of those who did not fall into the trap of Sabbatai Zevi and were vocal opponents of his redemption message.

Dweck has written an extremely dense, methodically detailed, and superbly researched book that details Sasportas’s life and efforts. Dweck’s book is based on the question of why a single individual would oppose a messianic movement as it was taking place. And what were the source and the substance of Sasportas’s opposition to it? In other words, his book explores the truth-value of doubt within the rabbinic tradition as it was expressed by a man living amid the Shabbethaian maelstrom.

Dweck extensively refers to Zizath Novel Zvi (The Fading Flower of Zvi), a work Sasportas wrote during the height of the Sabbatian messianic movement. There, Sasportas emphasized being suspicious of the Sabbatian movement, which was seen as many as a Sabbatian certainty.

The Sabbatians noted the importance of experience, revelation, and prophecy as evidence that Sabbatai Zevi was the Messiah. To which Sasportas retorted that halacha makes it eminently clear that a series of events are prerequisites for the proclamation of the Messiah, to which Sabbatai Zevi lacked all of them. Sasportas relied heavily on the Rambam, and emphasized skepticism and the tight parameters of halacha, as opposed to the irrational exuberance of the masses.

In the final chapter, Dweck writes how Rav Yoel Teitelbaum of Satmar found much in common with Sasportas. The Satmar Rav, who, in his singular zeal against what he saw at the satanic influences of Zionism, saw Sasportas as a soulmate who was daring enough to disconnect from the masses of a heretical movement. He also saw Sasportas as someone who was faithful to the Rambam and rationalism in a fight against modern-day idolatry.

In this remarkable biography, Dweck brings to light one of the most influential, and perhaps least known figures of the Sabbatai Zevi catastrophe. Sasportas was a man who almost single-handedly saved the Jewish people from a modern-day Golden Calf episode. His is a story that is long overdue, but brilliantly detailed here.