As I started reading Kabbalah: A Neurocognitive Approach to Mystical Experiences (Yale University Press ISBN 0300152361) by Shahar Arzy, MD and Dr. Moshe Idel, I thought of God and the Astronomers, by the late American astronomer Robert Jastrow. Jastrow concludes his book with the observation that for the scientist who has lived by his faith in the power of reason, the story ends like a bad dream. He has scaled the mountain of ignorance; he is about to conquer the highest peak; as he pulls himself over the final rock, he is greeted by a band of theologians who have been sitting there for centuries. 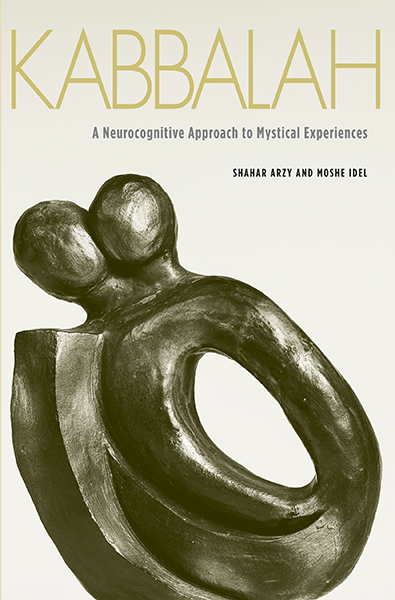 Along the same lines as Jastrow’s statement, Dr. Steven Schachter of the Harvard Medical School writes that this book presents compelling evidence that a group of ancient Jewish mystics mastered techniques to probe and potentially unlock the secrets of human consciousness, mind and body, sense of self and ecstatic experiences. These mystics of ecstatic kabbalah may be considered pioneering investigators of the human self, consciousness and mind.

This fascinating book breaks new ground and approaches Kabbalah from the perspective of the human brain. The authors are colleagues at the Hebrew University of Jerusalem, where Arzy is the director of the Computational Neuropsychiatry Lab, while Idel is a Professor of Jewish Thought.

The book focuses on ecstatic Kabbalah, the branch of Kabbalah that emphasizes attaining an ecstatic experience via uniting the individual with God through meditating on names of God, combinations of Hebrew letters, and more. It must be emphasized that the ecstatic experience is not that of a Deadhead. Rather, the authors note that the etymology of the word “ecstatic” is the Greek ex-stasis, that is, being out of body.

The early practitioners of ecstatic kabbalah developed complicated techniques of mental imagery, transformation and concentration for bringing about altered states of consciousness. The goal of the book is to decode the neurocognitive mechanisms and processes underlying these mystical experiences.

Kabballah and neuroscience may appear to be strange bedfellows; but the authors show their synergies. As a neuroscientist, Arzy uses cutting-edge technology to plum the inner sanctum of the mind and consciousness to explore what an individual’s self is. He does this for scientific reasons: to satisfy curiosity or for medical reasons. The Kabbalist often reaches similar understandings of the mind, but from a very different perspective: he uses mysticism to nullify the self, and create a union between himself and God. Kabbalists were almost exclusively men, hence the male pronoun.

The book makes it eminently clear that simply mapping the brain during a mystical experience has limited value. The authors attempt to use neurological, neurophysiological and neuroimaging data as a platform for supplying an explanatory value to the mystical materials.

The book uses first-person descriptions from Kabbalistic texts and then maps these experiences and techniques. The book then compares these with recent neurological observations and modern-day laboratory experiments.

Towards the end of the book, the authors show how brain scans can be used to map the ecstatic mystical experiences. It’s far too early to fully understand how valuable these scans can be, as they certainly can’t map the metaphysical ecstatic experience.

One of the main subjects is 13th-century Kabbalist Abraham Abulafia. The authors also quote first-person mystical reports from the Ba’al Shem Tov, R’ Chaim Vital, R’ Dov Ber of Mezeritch, R’ Joseph Karo and others. The authors use these first-person accounts based on the texts of medieval Kabbalists, combined them with modern neuroscience in an attempt to identify the brain mechanisms happening during the experience.

While using extrastriate body area (EBA), temporoparietal junction (TPJ) and other scanning techniques, the authors makes it clear that they are not attempting to reduce the Kabbalistic experience to a neurological one. Rather they are attempting to uncover the complexity of the mystical experience by decoding their underlying cognitive mechanisms.

What they have done is brought up the topic, and their desire is that others will perform further research.

This is an interesting book, albeit a woefully short one. At 118 pages, the book only provides a most basic introduction to the topics. For the authors, it’s part of an effort to widen the methodological tools that could be used in understanding the complexities characterizing the experiences in Kabalistic literature. But I found that the briefness on the author’s part left me with a degree of frustration due to the many unanswered questions.

The authors give notice against making any sweeping statements, and suggest that their discoveries may open some aspects of kabbalah to fresh understandings that could produce new perspectives, if done in a cautious manner.

They also write that they adopted a neurocognitive approach in order to analyze a limited set of ecstatic Kabalistic texts, which are very far from identical with the vast kabalistic literature.

A dense and complicated book, the authors have brought the topic to light and are leaving the door open to others to continue this fascinating line of research.