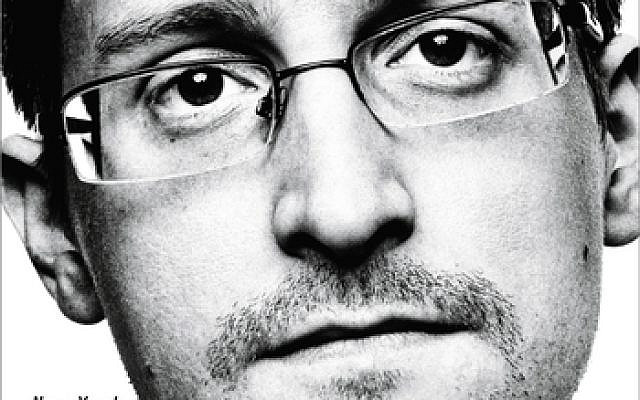 In the movie Good Will Hunting, the character Will Hunting, played by Matt Damon, uses brilliant legal strategies after his many arrests to get out of jail. In one scene, an exasperated judge rejects all of his brilliant legal maneuverings and states, “you hit a cop, you’re going in. The motion to dismiss is denied. Fifty thousand dollars bail.”

Say what you will about Edward Snowden, the fact that the United States spied on every citizen and ran roughshod on the very rights of these citizens detailed in the United States Constitution, almost makes his crimes secondary. If Will Hunting hit a cop, the NSA did the equivalent of hitting hundreds of millions of US Citizens.

In Permanent Record (Metropolitan Books 978-1250237231), Snowden gives a firsthand account of what lead him to undertake the most significant breach of national security in the history of the country.

The first thing one notices when reading the book is that there is no co-author or editor. By the time you get to page 90, you realize Snowden could have condensed the early years of his life into 10 pages at most. While he writes that his formative years contributed heavily to who he is as a person, it is not that interesting to most readers.

A patriot is defined as a person who vigorously supports their country. So, is Snowden a patriot? Some will call him the biggest traitor in the history of the country. Others will say that he gave up everything to defend the Constitution.

To that point, Snowden could have continued in, literally, paradise. As he was stationed in Hawaii, he could have worked his contractor hours, been intellectually stimulated, and collected a respectable salary. In a relationship with a woman he loved, he had everything in the palm of his hand.

Yet he gave all of that up, as he saw himself the ultimate patriot as he has to defend the Constitution. Snowden lays out in the book his story and how he felt he took the noble road by defending American citizens in what he saw as an intolerable situation.

Given the abuses he saw, one would expect Snowden to have written the equivalent of the riot act against the US Government and President Obama. At times, he writes almost diplomatically. Snowden provides a good account of what transpired, but throughout the book, you wish he would unload a bit more. Had the reader not know more of the backstory, one could get a bit underwhelmed by the writing here. That is why he should have used the services of a co-writer, as his story comes across many times as downright superficial.

So how could someone like Snowden download tens of gigabytes of the most confidential data from a highly secure bunker in Hawaii? He writes that for all the technological sophistication the NSA had, they were not so vigilant when it came to internal security. To the point that the NSA (then), hardly bothered to encrypt anything. There’s a lot that corporate American can learn about information security from the old days of the NSA.

This is a most important story that really could have been told much better. In some ways, is right out of a Tom Clancy novel. A brilliant young computer scientist finds that an entire agency, with the approval of the President, is violating the Constitution. He single-handedly and serendipitously extracts the most sensitive and secret data in the country and then flies off to Hong Kong to meet with reporters to break the story.

There are many definitions of what a patriot is. In Permanent Record, Snowden shows how he certainly meets at least one of them.

This review originally appeared on the RSA blog.