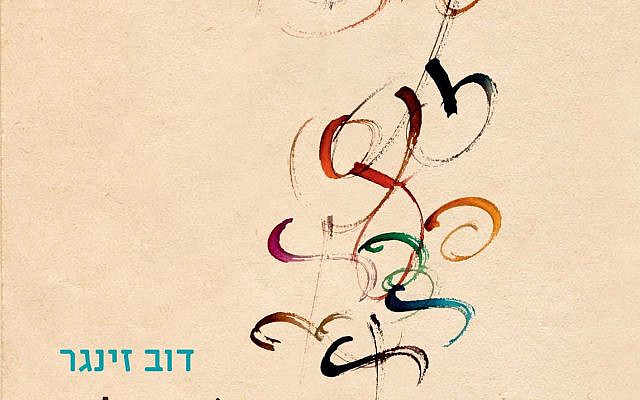 Talking in shul is a very old problem. There have been countless lectures given on the topic, books written exhorting people to stop, pamphlets distributed detailing the dire consequences of talking in shul with frightening quotes, and much more. However, sadly, people still talk in shul. There seems to be no end in sight.

There is a new book out that has nothing to do with talking in shul, but it is a perfect solution to stopping it. In Prepare My Prayer – Recipes to Awaken the Soul (Maggid Books 978-1592645374) Rabbi Dov Singer, head of Yeshivat Makor Chaim in Israel, has written a fabulous and original guide to help people find more meaning in prayer.

Walk into any Jewish bookstore, and there is a copious number of books on prayer. From classics such as Rav Schwab on Prayer by Rabbi Shimon Schwab, Pathway to Prayer by Rabbi Mayer Birnbaum, and countless others. Nonetheless, what Rabbi Singer brings is a guide highly focused on making prayer much more meaningful, and more importantly, much more personal.

The main purpose of the book is to expand the idea of prayer beyond the known boundaries of the synagogue and prayer book and to look at the different facets of prayer and its reflections in reality. This is a significant challenge, that while long in coming, is an endeavor worth pursuing.

So, who is Rabbi Singer? As Rabbi Elchanan Nir writes in the introduction, he is the first student of a trio of rabbis who heralded the Hasidic revival in Israel’s National-Religious community in the late twentieth century. The three rabbis – Rabbi Shagar, Rabbi Menachem Froman, and Rabbi Adin Steinsaltz – are responsible for the change of the discourse of this community. While the National-Religious community lives according to a collective language and ideology, these three teachers sought to suggest a religious language that is gentler, more personal, a language that leaves room for dialogue.

In the chapter Making it New, Rabbi Singer brilliantly encapsulates the challenges we face in our current approach to prayer, and the opportunities it brings:

The written prayer is a fixed prayer.

We must make it new.

To bring the ancient words inside,

To speak to God with an open heart, with warmth,

With wonder and emotion,

To reveal the movement from which the words were born,

Before they were expressed,

Before they were written.

In that chapter, Rabbi Singer encourages a person to write a new version of the prayer for themselves, to make it more personal, yet still using the same framework of the siddur. Obviously, Rabbi Singer does not mean that one’s personal prayer is a replacement. Rather an addition and more personal version. He notes that when one adds their own personal intentions, it joins together with the ancient words, to renew something in them.

This is a unique sefer. While the myriad other excellent books on prayer detail the minutiae of prayer, the halachic aspects, and its framework. Rabbi Singer brings the self into the equation. By doing that, a person can make prayer much more real, much more personal, and much more meaningful.

The subtitle of the book is Recipes to Awaken the Soul, to which the book is arranged in a style of short, recipe-like suggestions. There are numerous poems by Rabbi Singer, and each chapter has advice to make the prayer experience more meaningful, in addition to practical recipes to get this done.

Rabbi Singer is highly influenced by and quotes extensively Rav Nachman of Breslov. While many people mistakenly associate Rav Nachman with the overly emotional exuberance from his more excitable followers, Rav Nachman’s approach to prayer is sorely needed.

For many, prayer can be a dry, debilitating process. The approach Rav Nachman suggested, which Rabbi Singer so brilliantly expands on, is using prayer as a liberating experience.

This is an English translation of Singer’s original work, which came out in 2017. Translator Leah Hartman has done a remarkable job of taking Rabbi Singer’s poetry and capturing the depth and elegance of his words. For those who can, the poetry in the original Hebrew is even more meaningful.

The course Rabbi Singer lays out in Prepare My Prayer is not an easy one, but is undoubtedly rewarding. The road to a highly personal prayer experience and an attachment to the Almighty is not something that can happen in an instant. But it is almost impossible to imagine that anyone who reads this book will not be much more self-aware of the nature of prayer in general, and their own prayers specifically, and want to make it that much more personal.

The recipes described in the book should really be the norm for all shuls. People praying fervently, expressively, and meaningfully. With recipes like that, why would anyone even want to talk in shul.