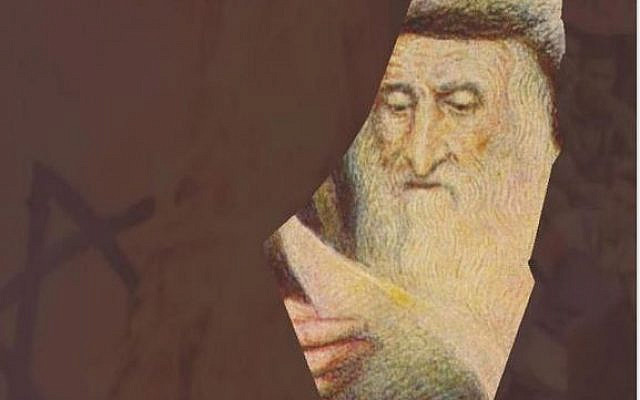 In the song National Brotherhood Week, Tom Lehrer sang that “the Protestants hate the Catholics, the Catholics hate the Protestants, the Hindus hate the Muslims, and everybody hates the Jews.” Nothing demonstrates that more than the world’s obsession with Israel. That is often manifest in the United Nations preoccupation and obsession with Israel, excluding almost everything else. Such that organizations like UN Watch are needed to advocate for Israel.

While UN Watch is headed by the well-known Hillel Neuer, another valuable advocate for Israel is headed by a mystery man known as the Elder of Ziyon (EoZ), who runs a blog of the same name. Blogging since 2004, EoZ has long advocated for Israel and the Jews in a world that often wants neither.

Those who follow the EoZ blog know that numerous times weekly, he debunks lies about Israel from media across the globe. When Israel has been under rocket attacks, EoZ has been at the forefront of promoting Israel’s side in a world where Hamas is seen as freedom fighters. Even if they use children as slave labor to build terror tunnels, infants as human shields, and more.

EoZ takes his name from the infamous antisemitic The Protocols of the Elders of Zion, first published in Russia 120 years ago. It has been the source of the lie that the Jews are an organized group to dominate the world. In Protocols: Exposing Modern Antisemitism (EoZPress), EoZ has written an invaluable guide that showcases his investigative writing and brilliant analysis of the full-court anti-Israel press.

In the introduction, EoZ writes that we have updated versions of the protocols today. They might not take the same written form as the older forgery, but they are imprinted on the brains of modern antisemites. These protocols include ideas such as the Jewish lobby controls the American government; Israel ethnically cleanses non-Jews from Israel; Zionism is racism; Israel violates international law in myriad ways, and Jews use the Holocaust to justify their own Nazi-like crimes, and more. In some circles, these new protocols have practically become a religion, and the people who believe the new lies are as fanatic as the ones who believe the old.

While The Protocols of the Elders of Zion has its roots in early 20th century Ukraine, its lies are sadly alive and well. While groups like the Squad do not use the old blood libel trope that Jews murder Christians for rituals, it manifests itself with pretexts of human rights, international law, and more.

In chapter after chapter, the Elder does a remarkable job unraveling the truth of modern anti-Zionism and antisemitism. Like taking apart a Russian tea doll, he shows, for example, the lie of the BDS movement. Their goal is not about improving Palestinian lives. They have, in fact, consistently opposed anything that could make Palestinian lives better. For example, Lebanese bigotry against Palestinians is ignored and silenced by them since the BDS narrative sees Israel as the only evil that may be discussed.

He notes that BDSers themselves admit that they choose their boycott targets for maximum leverage and publicity, even as they use Israeli products themselves. The boycotts form a sideshow to their real aim: to have ordinary people associate Israel with racism and apartheid. BDS shows that anti-Zionism is just the latest flavor of Jew-hatred.

Ken Roth, executive director of Human Rights Watch (HRW), has long been rabidly biased against Israel. EoZ has a chapter about HRW and notes many of their opinions, especially around war crimes. Moreover, he shows how HRW employs clear double standards in defining war crimes, with one standard for conflicts involving Israel and another for the rest of the world.

The book details many HRW statistics which show its obsession with Israel. Since 2009, HRW has issued more reports against Israel than against Syria, where over half a million people have been killed. Its 2017 report on chemical weapons attacks in Syria numbered 48 pages, while its 2018 report on Israeli Bed and Breakfasts in the West Bank extended to 65 pages. Furthermore, during the 2014 Gaza war, Roth tweeted against Israel eight times as much as he tweeted against Hamas.

In chapter 4 on the dishonesty of Israel’s demonizers, EoZ notes that while Israel attracts critics, it also attracts demonizers who call themselves critics. One can distinguish the demonizers from the critics because demonizers refuse to find anything positive to say about Israel. He writes that there are many well-known Israel haters, some of them quite intelligent. They know they are lying, but they also know how to construct arguments challenging to debunk. It is essential to expose their methods and falsehoods, which is precisely what EoZ does.

One of those Israel haters is Peter Beinart. A person who wrote that Israel’s existence and potential destruction should be debated. When it is the only nation on Earth whose very existence is subject to debate – that is classic antisemitism. In fact, academics like Judith Butler, Jasbir Puar, and others have made a bit of a career out of their hate for Israel.

Much of the book is EoZ setting the record straight about Israel and clarifying misconceptions. For the longest time, he notes that supposed Middle East experts believed all problems in the region could only be solved if Israel gave in to Palestinian demands for peace. These experts linked the two. But the Abraham Accords turned that linkage on its head.

The Protocols of the Elders of Zion spread the lie of a secret Jewish cabal. The irony of modern antisemitism is that there is a cabal promoting it. Rather than operate in secrecy, the work behind the guide of academia, NGOs, funding by enemies of Israel, and more.

In Protocols: Exposing Modern Antisemitism, EoZ has done an invaluable service of bringing that to light and tearing apart their lies and distortions. This cabal works overtime to stigmatize and delegitimize Israel. It can be hard to counter when articulate academics and media influencers do this. However, that is precisely what the EoZ does.

For anyone who cares about Israel and the truth, it is hard to overestimate the importance of this book. In a world that thrives on the demonization of Israel, we can count on the Elder of Ziyon to exorcise those vicious lies.